Home › PC › Resident Evil Village’s hero Ethan Winters is painfully boring, and I love him for it Ethan Winters wielding a knife with his face obscured

Ethan Winters is so boring, he doesn't even have a face. It's never shown in cutscenes and is always hidden in promotional artwork, either behind a gun or by a conveniently placed shadow. Data miners found his face buried in the game's files, but officially it's a mystery—and remains one in Resident Evil Village. It's a curious creative choice on Capcom's part, but it's actually perfect for a protagonist who's so deeply unremarkable.

Because it ultimately doesn't matter who Ethan Winters is. He's just some guy. It's the stuff happening around him, and the weirdos he meets, that are interesting. And a personality of any kind would only distract from that.

Resident Evil Village is a game filled with dramatic, outlandish villains, including a mutant fish-man, a 10-foot tall vampire, and a murderous porcelain doll. Even your friends are oddballs, including the enigmatic Duke, a creepy cigar-sucking merchant who always seems to be one step ahead of you. And that's without mentioning the freakish Clive Barker-esque horrors and snarling werewolves prowling the village. It's a whole lot of strange, and that's why we need a dullard like Ethan as the protagonist: to ground us, and give us something relatable to cling to when the bizarre-o-meter is going wild.

Most Resident Evil characters are cops, mercenaries, or soldiers, with extensive firearms training and years of experience battling bio-organic weapons. Ethan, meanwhile, is a systems engineer from Los Angeles who you'd mistake for a mannequin in Gap if he stood still for too long. A rhapsody in khaki. He successfully muddled his way through the events of Resident Evil 7, but there was always the sense that he was in way above his head—and that made for a much more effective horror game. You feel helpless and human in a way you never would as a jacked, boulder-punching Chris Redfield.

Another of Ethan's defining traits is his complete lack of imagination. Confronted by the terrible horrors of the Resident Evil series, he has no insight and offers no comment. Occasionally he'll say something like "What's going on here?" But his inquisitiveness pretty much ends there. His muted reaction to the grimdark nightmares he witnesses, the grotesque, skyscraper-sized bosses he fights, and his frequent dismemberment is both strangely endearing and extremely funny. He's a simple guy with a simple mind, and I kinda love him for it. He just wants his daughter back, and he doesn't really care about your sinister religious rituals or your freaky experiments.

Most of the time, a boring protagonist in a videogame is a bad thing. The world needs less Aiden Pearces. But in this new wave of Resident Evil games, with their offbeat characters, extreme gross-out horror, and absurd theatricality, you need an empty vessel like Ethan Winters to guide you through all the madness. He has more dialogue in Village than he did in Resident Evil 7, but nothing he says is interesting—and I'm glad. That's how it should be.

The moment Ethan Winters starts making intelligent observations, articulating his feelings, and calmly analysing his predicament is the moment he stops being Ethan Winters. 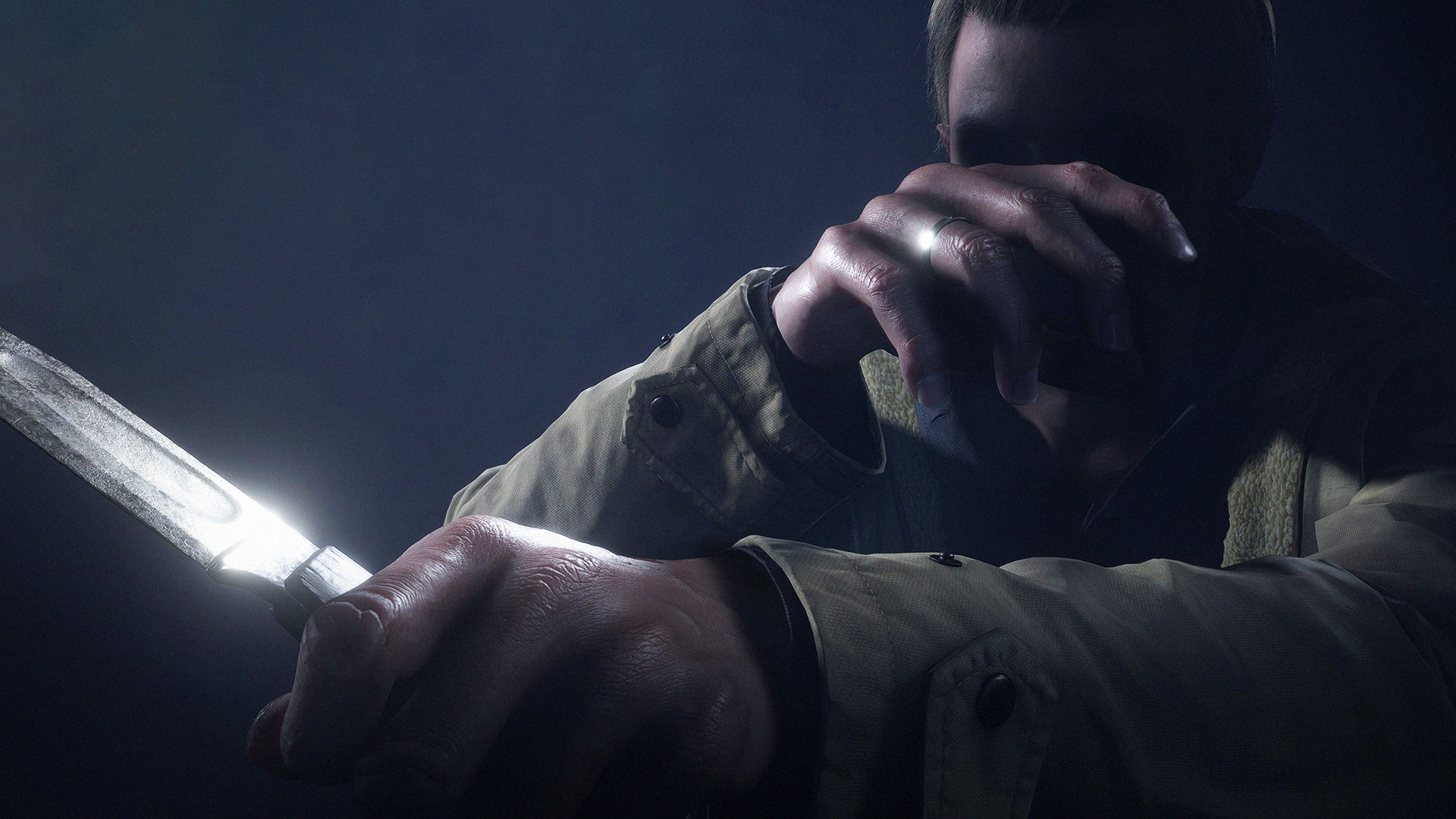