pixel pulps: visual novels with restricted color schemes reminiscent of computers from the 1980s, telling stories inspired by the kind of pulp fiction every bit as lurid as a CGA monitor.

This one, with its cast of small-town Americans besieged by strange beings who appear during a meteor shower, conjures the stories you get in Stephen King anthologies like Skeleton Crew, or maybe an extra-violent episode of The Twilight Zone or The Outer Limits. It's twisty and brief, and will punch you right in the face.

You bounce between the viewpoints of three protagonists, all struggling with secrets even before the men in black and mothmen show up. There's gas station hermit Holt, who has a mysterious project he's building out back; Lee, a young man with a lot of anger and daddy issues he's trying to keep tamped down; and his girlfriend Victoria, who has something she needs to tell Lee if only she can get the words out. There's also Lou, a writer who knows all kinds of stuff about folklore and conspiracies, though unfortunately he's not a playable character.

Over the course of a single night these four are drawn together and put through the wringer, via puzzles and minigames that end in gory deaths if you get them wrong. (Though not all of them are so deadly, and there's also a Solitaire variant you can play right from the menu, just like in a Zachtronics game.) You might be called on to drive off a pack of coyotes, make it across a parking lot without getting swooped by mothmen, or spin blocks to build a weapon.

Some of the puzzles are pure trial and error, and redoing them becomes more of a trial than it should be because the only input is selecting options from nested menus. You can do that with a mouse, but there's never a way to just click on the illustration of the thing you want to interact with. Even when you're playing Solitaire you laboriously move the cursor one card at a time by choosing left or right from the text.

The story and art are the real draw. If you've read The Mothman Prophecies by John Keel, or watched the terrible Richard Gere movie based on it, you might think you know where things are going, but Mothmen 1966 is an original twist on this slice of West Virginia folklore. It throws out connections to what feels like a bigger universe—which makes sense, given that it's part one of a volume that will include two more pixel pulps to come.

The next will be Varney Lake, and there's a substantial demo for it included with Mothmen 1966. It's got more of a 1980s kids-on-bikes vibe and a different color scheme, and includes another Solitaire variant. These bonuses make up a little for the short runtime of Mothmen 1966. It'll probably take just over an hour to get to the good ending, a conclusion that leaves plenty of loose ends unresolved.

While I could replay it to see every outcome I missed, and hunt for achievements like the one you get for dying in every possible way, Mothmen 1966 lacks that essential visual novel component: a chapter select menu. Though I made a few saves at different points, and you can fast-forward through the non-puzzle parts, that'll keep me from thoroughly exploring it the way I would a Zero Escape game or the like. If brevity and minimal replayability are issues for you, maybe wait for the trilogy to be complete.

The art is outstanding, though. With its limited blue, green, and red palette and Zip-A-Tone pixel shading, it manages to suggest much more than it shows. Characters are rendered in multiple levels of detail, from tiny sprites showing which character is currently being controlled and who is talking, to medium-detail yet expressive profile pics that pop up in the borders to show their current emotional state, and close-ups in the main art that could be movie posters or comic books.

Like the pulps it's inspired by, Mothmen 1966 can feel slight and disposable, but just looking at its lush, redolent creepiness makes you want to know more about what's going on behind those covers.

You can find Mothmen 1966 on Steam. While you're at it, check out the creators' game jam project Shark Riders. 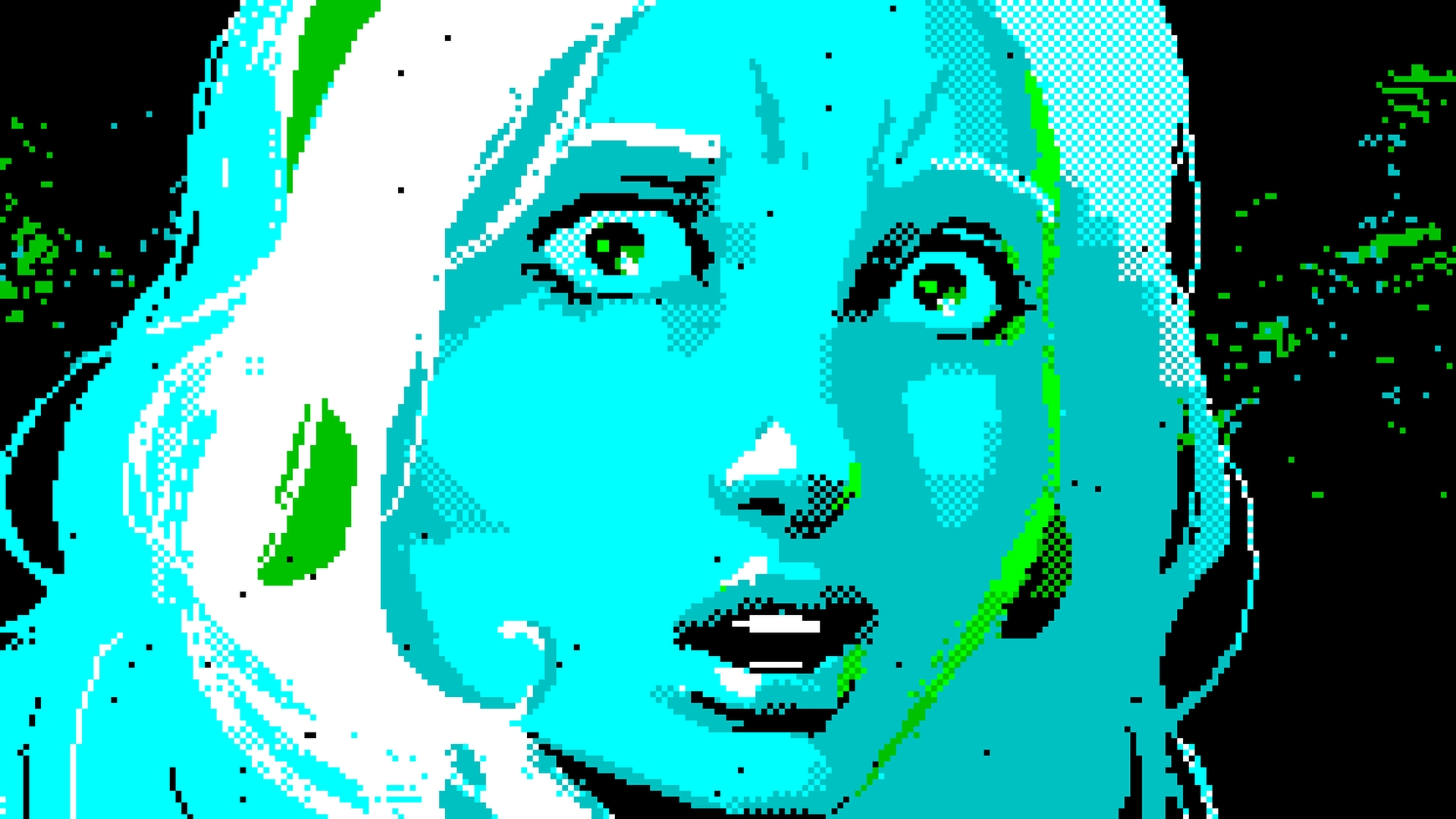