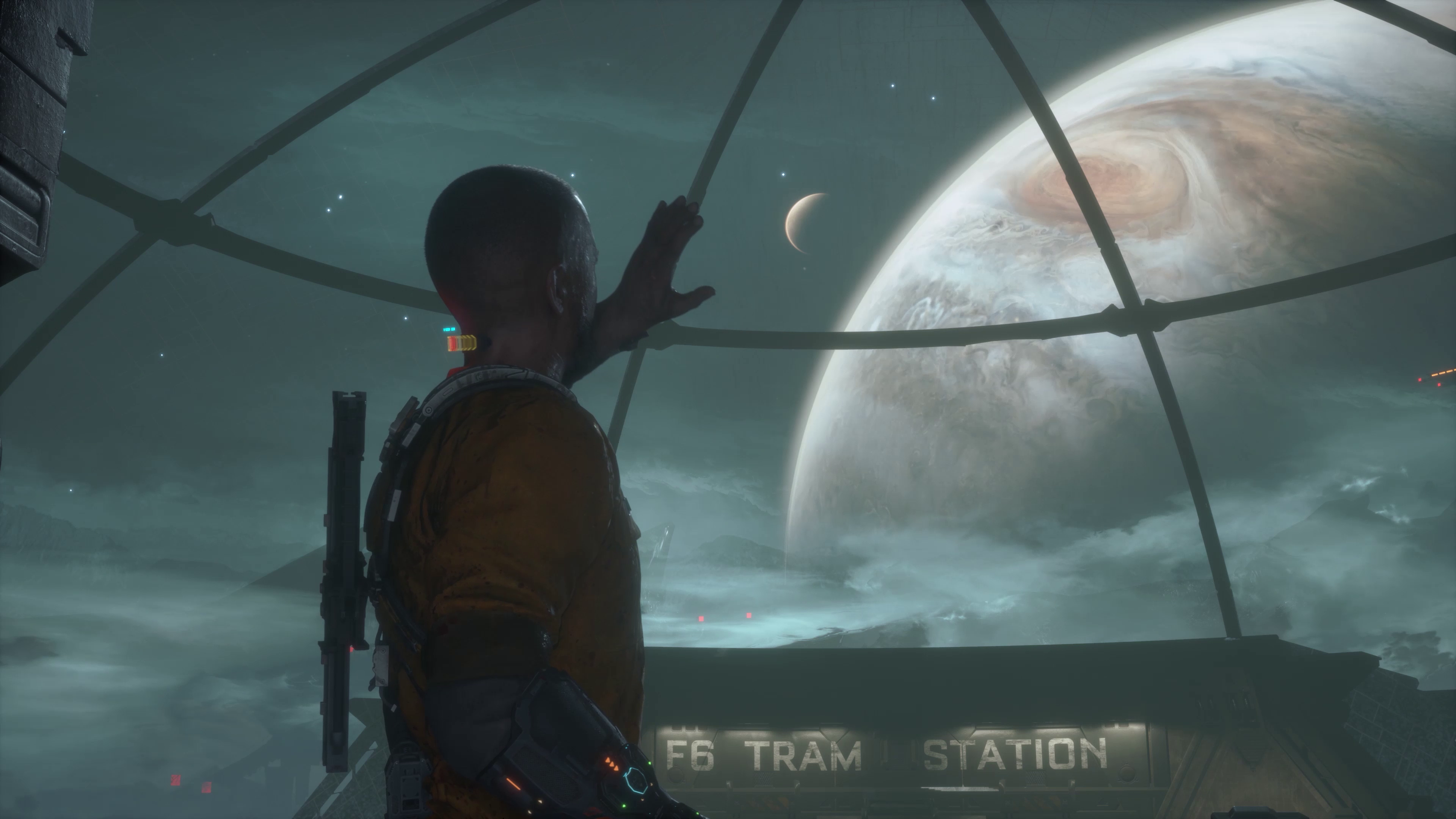 also previewed recently. Objects on the ground don't teleport into your inventory. Jacob bends down and picks them up. There are items that heal immediately on pickup, but health packs that are usable at will are administered with an injection animation that takes a couple seconds to play—easily long enough to be killed.

The camera is close, and pulls in extra tight when Jacob is shimmying through narrow gaps or crawling under pipes, lagging behind him a little whenever he makes a 90-degree turn, just to hold us in suspense for an extra moment while we wait to see what's around the corner (it's just more crawlway, always). I liked the feeling that I was creeping through an elaborate haunted house. I didn't need a lot to do to enjoy sloshing around in such a convincing 3D soundscape, with muck squidging under my boots, pipes pinging hollowly as I crawled over them, and fans whooshing above my head. I wish Jacob didn't mutter stuff like “gettin' there” to himself—kind of ruins the mood—but otherwise it's a top-tier scary space prison simulator.

And I was glad that combat wasn't a constant activity, because it takes a lot out of you.

The Callisto Protocol is even tougher and grislier than Dead Space, which is already pretty tough and grisly. Your best friend is not a ranged weapon like Dead Space's plasma cutter, but an electrified baton. Whack a mutant with it a few times and you can snap to them with your pistol to take a sure shot. Then it's back to whacking. The mutants should be easy to hit at a distance with mouse control (my demo was on a PlayStation 5, so I had to use a controller), but that possibly console-centric design also serves as a clue to conserve ammo. It's not endless, and reloading is slow.

Fighting on the inside, you can avoid damage by dodging left or right or blocking, but I never got the hang of it (the videos in the article are not me playing, I'm sad to say). I survived with the help of the telekineses ability, which I used to huck enemies out of range when I was losing control. Taking out one enemy is no problem: Just swing your baton until you're prompted to shoot, and if they aren't dead after that, swing some more. Managing two or more can be rough, though. I died over and over in one room where I struggled to dodge one enemy's acid-spit while fighting off the others. Movement isn't quite as awkward as it is in the early Resident Evil games, but it's well on the survival horror side of the shooter movement spectrum: clomping, stomping, and light jogging.

Later in the level, I encountered a non-biological enemy: a patrolling robot guard whose vision cone I had to avoid for some light stealth action. At that point I'd made it out of the sewage via a waterslide sequence, the standard videogame kind where you navigate left or right to avoid obstacles and spinning blades—it's not really fun, but I enjoyed how whimsical it is in contrast to the rest of the game.

Along with occasional 'press button quickly to not die' bits, the slide reminded me that this isn't some indie arthouse thing: Schofield has also directed huge action games like Call of Duty: Advanced Warfare. There's a definite console action adventure game flavor to The Callisto Protocol, but where 2008 me might've complained about quicktime events (it now seems quaint what a big topic those were), 2022 me is happy to have some easy spectacle to break up the combat.

I got a hint of the spectacle to come when I emerged into a glass-domed greenhouse and saw Jupiter looming over the horizon. Even on a PlayStation, The Callisto Protocol is a graphics tech showcase. Play it on a big screen, if you can. (Or with your nose pressed against a small one.)

The Callisto Protocol will release on Steam, the Epic Games Store, and consoles on December 2.