driving through mud and snow or unpacking boxes have proved to be so riveting.

The Ace Attorney series serves as a good framework for what a She Hulk game could be like—and not just because there's a dearth of lawyer protagonists in videogames. Part visual novel, part adventure game, and full of courtroom battles, they're exactly the sort of games that fit She Hulk's MO. And like She Hulk, they're far more interested in human drama than the ins and outs of the legal system. I can already see Jen Walters hulked out and screaming “Objection!” or defending superheroes—maybe Squirrel Girl has been accused of robbing supermarkets of all their nuts.

Ace Attorney already has all the ingredients waiting to be lifted, but there are plenty of other genres that could serve as inspiration. The love lives of superheroes is well-trodden territory, but the romances of Captain America, Iron Man and Scarlet Witch are all high drama, doomed affairs. She Hulk's grounded tone, however, gives us dating disasters that are tragic for more relatable reasons, while also exploring what it's like to simply exist as a larger-than-life public figure with a not-remotely-secret dual identity. A dating sim that's really more about the civilian lives of superheroes than finding romance might be a welcome contrast to the usual superpowered brawls.

Since I can't go a day without craving a management game, I'd be up for running a law firm as She Hulk as well. Her comic counterpart's already done it, drumming up business to keep the lights on while occasionally being interrupted by Howard the Duck. I'm not convinced running a regular law firm would be very exciting, but one in a world where alien invasions, time travel and space gods are passé is bound to be a bit more compelling.

There's a lot to work with here that doesn't involve putting on a costume and tangoing with a supervillain, but that doesn't need to be excluded entirely, and could even complement the legal fights or management wrinkles. Someone from her rogues' gallery is bound to make a nuisance out of themselves at some point, kicking down the door right as she's reading out a will. It just doesn't need to be the character's sole dimension.

She Hulk is perfect for an unconventional superhero game because, at least in the show, she's specifically trying to live a mostly normal life and not join Avengers or get involved in cataclysmic battles over the fate of the planet. If superhero games are to be liberated from the shackles of open-world punchfests, she's the hero to do it. 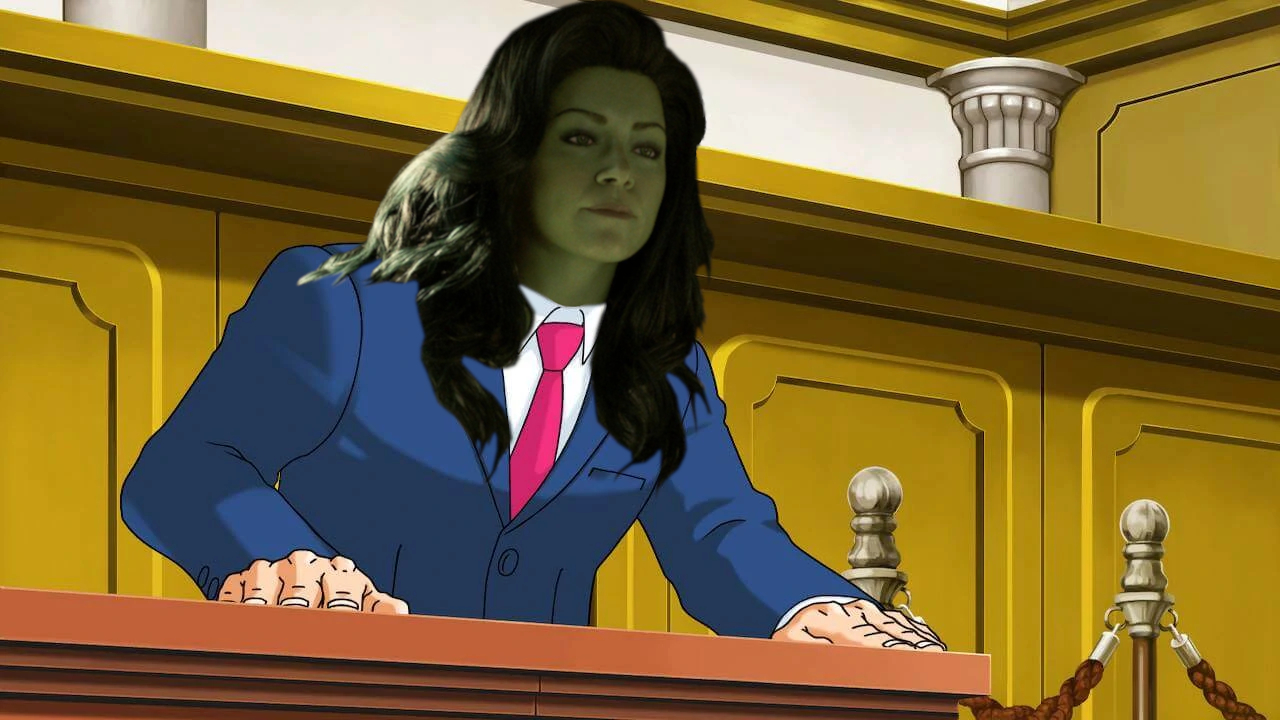