The XM5 has upgraded 30mm drivers which sound far more powerful than larger drivers found in many gaming headsets. Sony has also added an LDAC and its own DSEE Extreme smart processing, which gives you upscaled audio, Hi-Res audio, and 360 spatial audio; all over Bluetooth. So the XM5s produce a luxurious, rich sound with powerful bass and crystal clear mids and highs. So whether I was listening to classical opera, watching Netflix, or blasting hordes of aliens in Destiny 2, the XM5s sound positively fantastic.

Then of course there's the ability to completely negate any annoying background noise that would otherwise interfere with your listening pleasure. The XM5s comfortably retain their crown as the ANC kings. It’s disturbing how well they negate common white noise around us like our PCs, air conditioning, road traffic, and airplane cabin noise.

Sony has doubled the number of ANC microphones to eight and has two audio processors that constantly monitor and adjust to the ambient noise. It works wonderfully and you can quickly hear what a difference it makes, say from when you’re in your house to stepping outside into traffic. The smarts continue with the four beamforming microphones which do an excellent job for phone calls and chat. I sounded perfectly clear to callers even while on noisy roadsides.

Sony includes a handy Android and IOS app that lets you change your ANC settings, EQ profiles, touch controls, and more. The touch controls are really intuitive too, using a combination of swipe gestures and taps to manage your media. My favorite is cupping the right earcup to enable temporary transparency mode so you can hear what’s going on around without taking off the headset. Even better is the speak-to-chat function which does the same with no hands required but does get problematic if you like singing along or talking to yourself a lot.

The XM5s use multi-point Bluetooth 5.2 to connect to two devices simultaneously. This means you can game on your PC and still make phone calls. Pairing is a breeze thanks to them supporting Google Fast Pair and Windows Swift Pair. And if you misplace them, Google Find My Device app will point you to them.

The XM5's battery life is an acceptable 30 hours with ANC and 40 without it but competitors like Sennheiser's new Momentum 4's double that. It's enough to get you through a transatlantic flight or day and a half streaming marathon though. Sony has thrown in fast charging that can deliver 3 hours of use in just three minutes of charging over USB Type-C.

In any case, you can still use the headphones with a 3.5mm cable connection when they're flat. This is also the preferred way for gamers to use the XM5s. You lose out on all the smart features and noise cancellation, but the XM5 sounds just as fantastic. So plugging into your console controller or audio jack on your PC still produces a premier audio experience.

The Sony WH-1000XM5s are the total package and one of the best Bluetooth headphones for most people. Though its updated aesthetic is not appealing to me, I am pleased with its overall performance. However, it's seriously worth considering the WH-1000XM4s which are very close in performance but are notably cheaper. 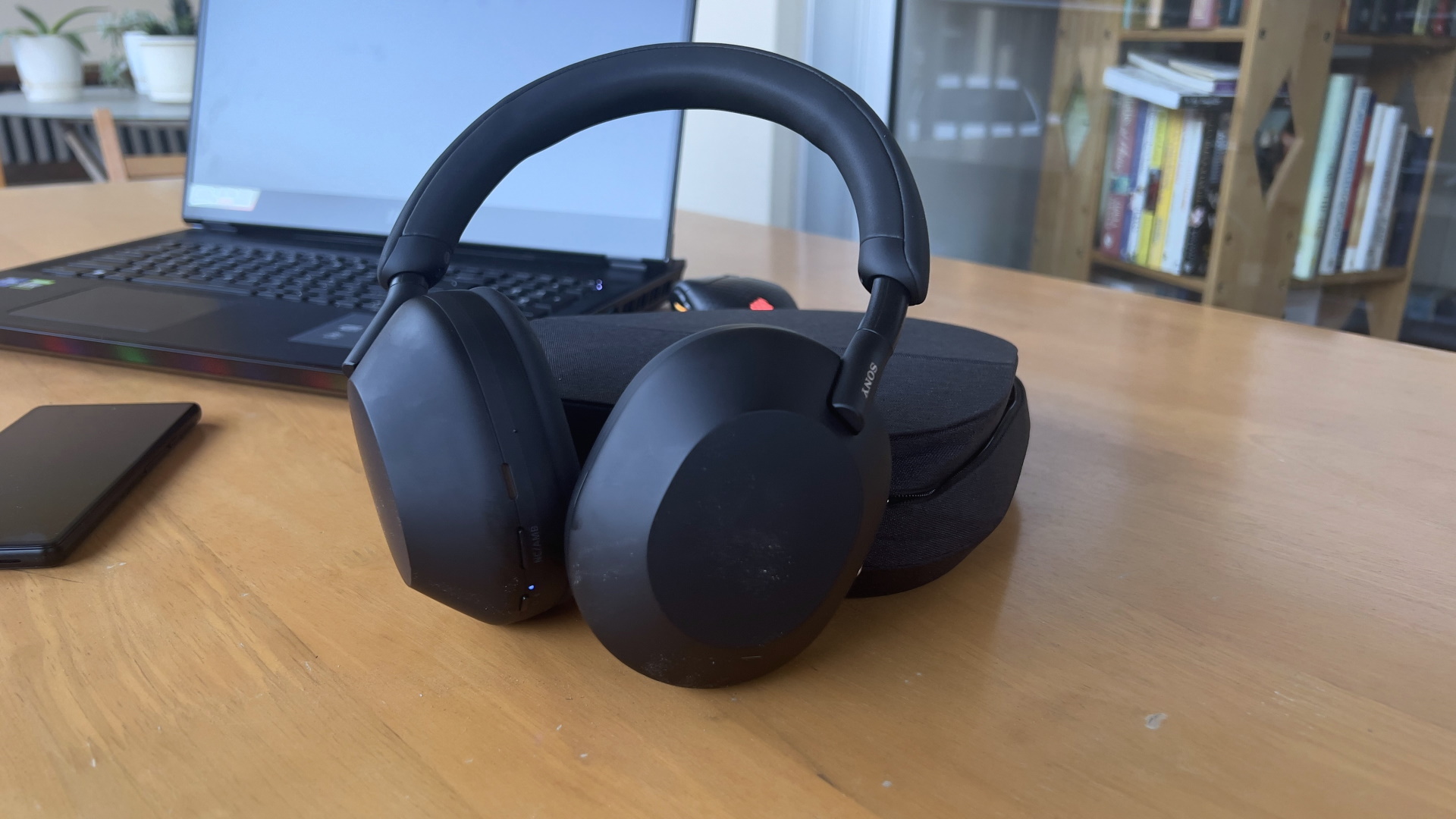