Starship Troopers: Extermination is a 12-player co-op FPS from the makers of Squad 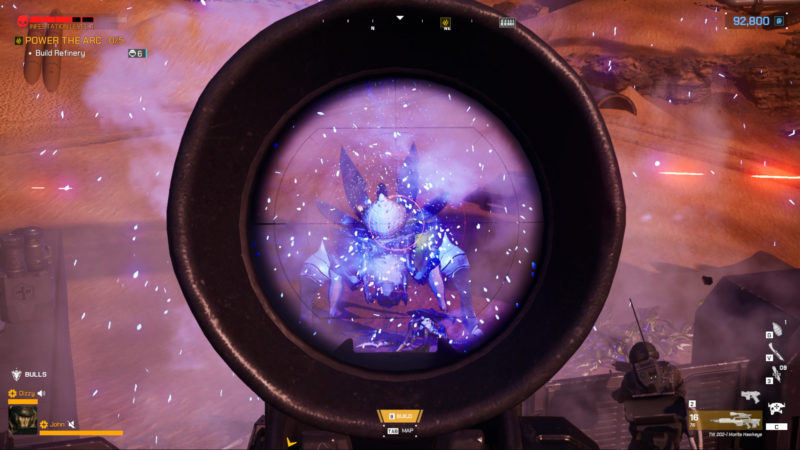 Starship Troopers: Extermination is an upcoming squad-based co-op FPS that puts players in the boots of the Deep Space Vanguard, an elite special forces group of the Mobile Infantry, which has been sent to the planet Valaka to stomp hordes of bloodthirsty bugs.

The game will feature three playable classes—Assault, Defense, and Support—and five unique Arachnid enemies when it launches into early access next year. Players will do battle on a “massive map” with five unique zones, constructible defenses—walls, towers, that sort of thing—and different mission types that will unfold over an escalating ground war. “Service guarantees citizenship,” and it will also unlock new weapons, equipment, and perks for each class through the game's character progression system.

The most interesting thing about Starship Troopers: Extermination, I think, is that it supports up to 12 players working together in four-person squads, which promises to give the big bug battles an appropriate sense of scale. I don't think Starship Troopers was a particularly good movie, but bits like the outpost battle scene are definitely prime fodder for sprawling videogame action.

Starship Troopers: Extermination is being developed by Offworld Industries, which knows a thing or two about making co-op shooters: It's the studio behind Squad, a co-op military FPS that launched in 2020 after five years on Steam Early Access.

“Working as a team is essential. Almost as important is communication in general,” we wrote in our 2020 Squad review. “Ordinarily, I leave my headset a safe distance from my mouth and ears when playing online, but I use it constantly while playing Squad … Even when playing as a lowly grunt, it can be a literal lifesaver, and if nothing else, it adds to the atmosphere.”

Squad is a relatively hardcore military shooter, and I'd expect Starship Troopers: Extermination to be comparatively relaxed—more run-and-gun than real-world tactics. It's a bug hunt, right? Still, it'll be interesting to see how the studio applies what it's learned from creating a more realistic FPS.

Starship Troopers: Extermination is set to launch into early access on Steam sometime in 2023. Check out some screens below:

Chosen Identity is low-key the best Dracthyr ability in World of Warcraft: Dragonflight