Amazon Prime Day is an opportunity to find discounts on graphics cards (something that's finally possible again!) and other expensive PC gaming stuff, but when I'm not looking to make any big purchases, I poke around sales for less expensive items I've been meaning to buy but putting off, or that I know I'm going to need in the future. I'm not nearly organized enough to track all my purchases, but I'd like to think that taking advantage of lots of small discounts has added up to a decent remainder over time.

Below are some of the interesting items under $100 I've spied in Amazon's PC and gaming section and elsewhere, including other retailers, so even if you don't have a Prime membership there are discounts you can take advantage of.

We're collecting all of the best deals in our Amazon Prime Day PC gaming deals hub, including deals on full gaming PCs, laptops, graphics cards, and monitors. We also collected some sub-$200 monitor deals, if you're looking to upgrade an old display or add a second one. 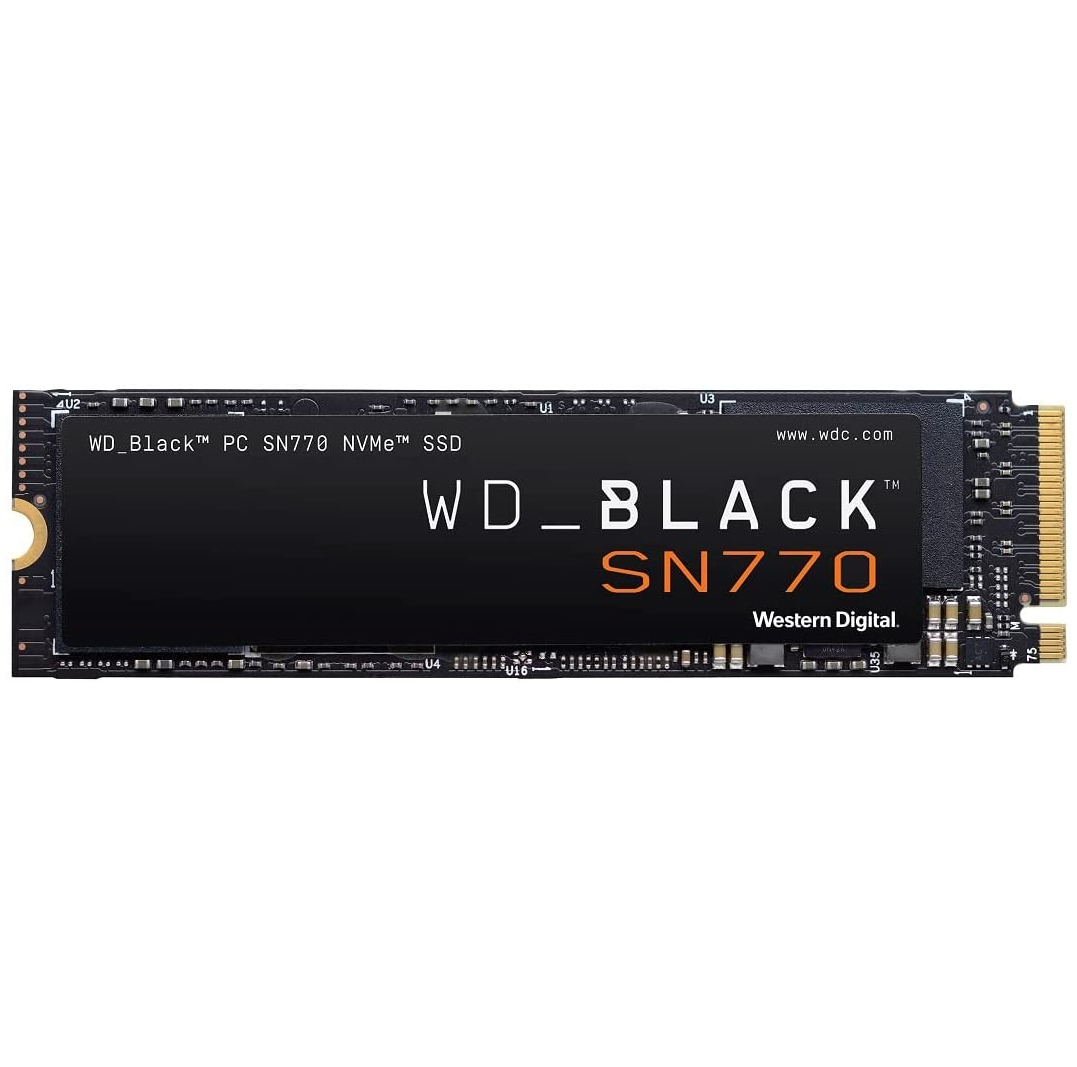 This WD Black SN770 SSD is a great way to add 1TB of fast storage to your PC right now, and it can take advantage of motherboard with PCI 4.0. You can get a faster SSD for more money (like Western Digital’s SN850 model), but the 5,150 MB/s read and 4,900 MB/s write speeds are plenty good for a dedicated game install drive. (A funny thing to say if 150MB/s hard drives still feel recent to you, too.)View Deal 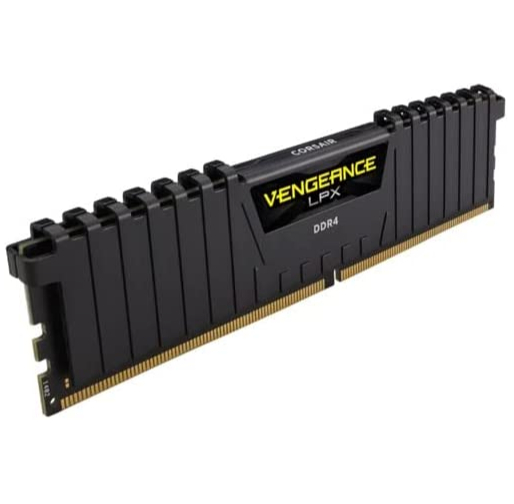 This Corsair Vengeance RAM kit includes two 8GB sticks for a total of 16GB, which is the minimum you want for PC gaming these days. If you’re still rocking 8GB of RAM, it’s time to upgrade. And if you’re putting together a new PC, it’s not a massive discount, but little deals can add up across a whole build.View Deal

A gaming mouse starting at $15 on Amazon 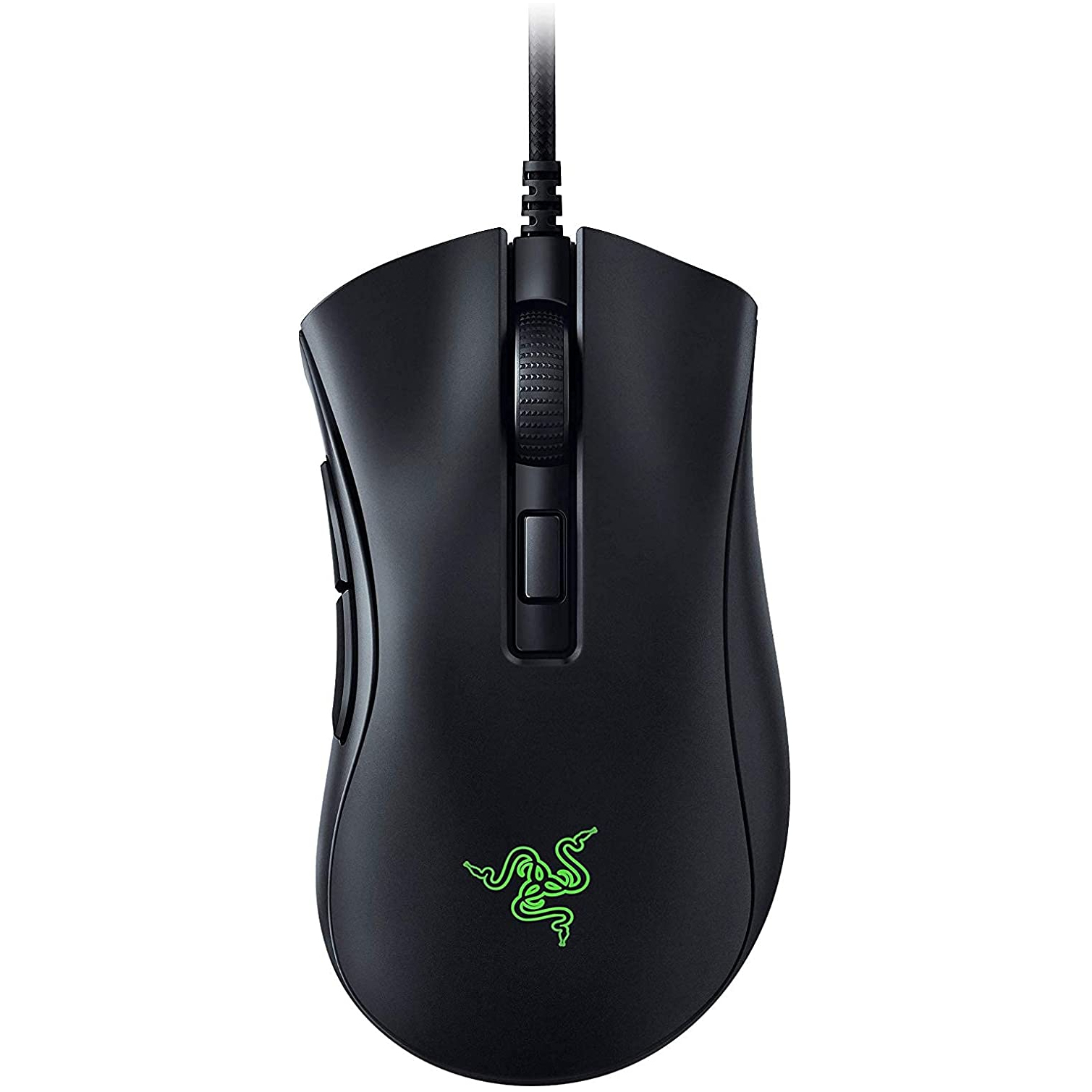 The Razer Deathadder V2 Mini is on sale for $15 right now, while the full-sized Deathadder V2 is $30. I’ve used a Razer Deathadder mouse for years, only replacing it once. The V2 is better than the older model, because it replaces the old side grip stickers—which eventually peel off—with textured plastic. It’s a simple, light, accurate mouse at a reasonable price. I have no complaints. The regular version isn’t especially big as far as mice go, but the Mini might be good for people with small hands. View Deal

A keyboard, mouse, and mousepad bundle for $35 at Walmart 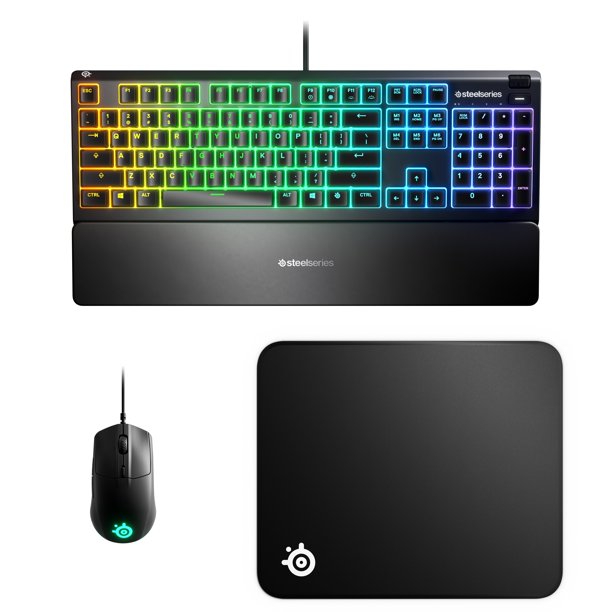 The SteelSeries Level Up Gaming Bundle includes an Apex 3 RGB keyboard, Rival 3 gaming mouse, and a mousepad. You’re getting budget stuff, but the “whisper-quiet” keyboard goes for $50 on its own, and the mouse is $30. If you’ve just about maxed-out your PC build budget, this is a decent way to inexpensively acquire three necessities. View Deal

A Blue Yeti USB microphone for $90 on Amazon 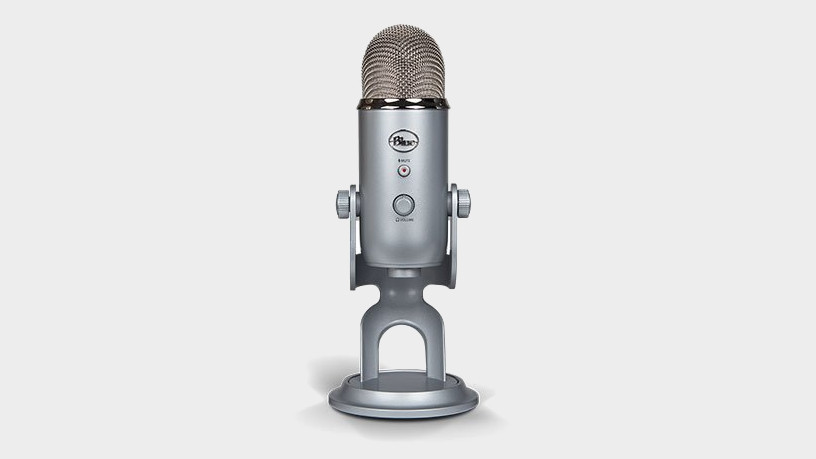 The Blue Yeti is to USB microphones what Casper is to direct-to-consumer mattresses, the brand name that comes to mind first, but not necessarily because it’s the best. The Yeti earned its name recognition, though: there’s one on our list of the best microphones.View Deal 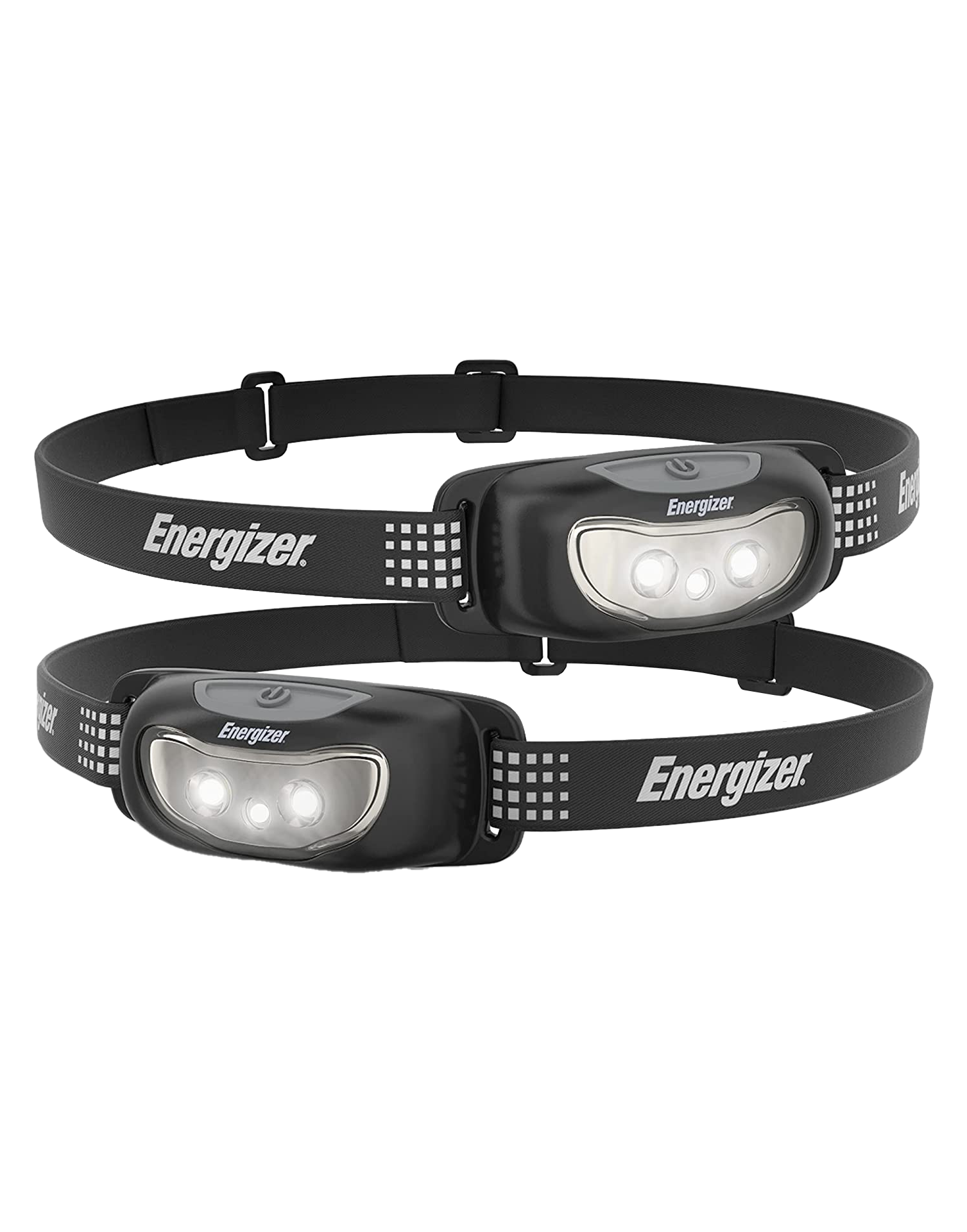 Not the most significant or exciting deal, but a headlamp is genuinely useful in lots of situations, such as when you’re trying to fish a screw out of a PC case. View Deal

A pair of color changing LED smart bulbs for $17.89 on Amazon 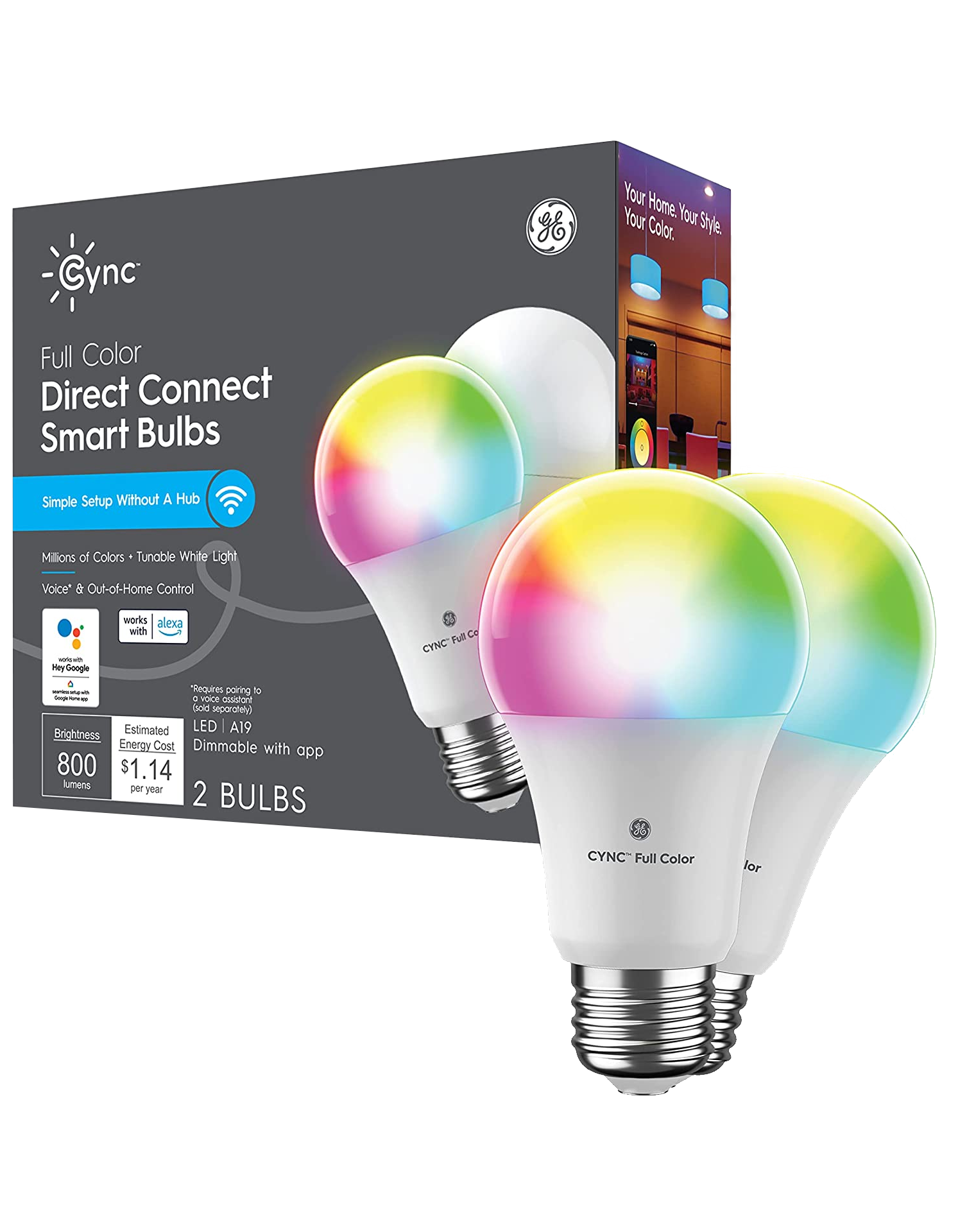 If you’ve already got RGB lighting in your PC, an RGB mouse, and an RGB keyboard, you might as well go all the way and light your whole room with matching colors. This set of LED smart bulbs can be controlled with Alexa or an app. View Deal 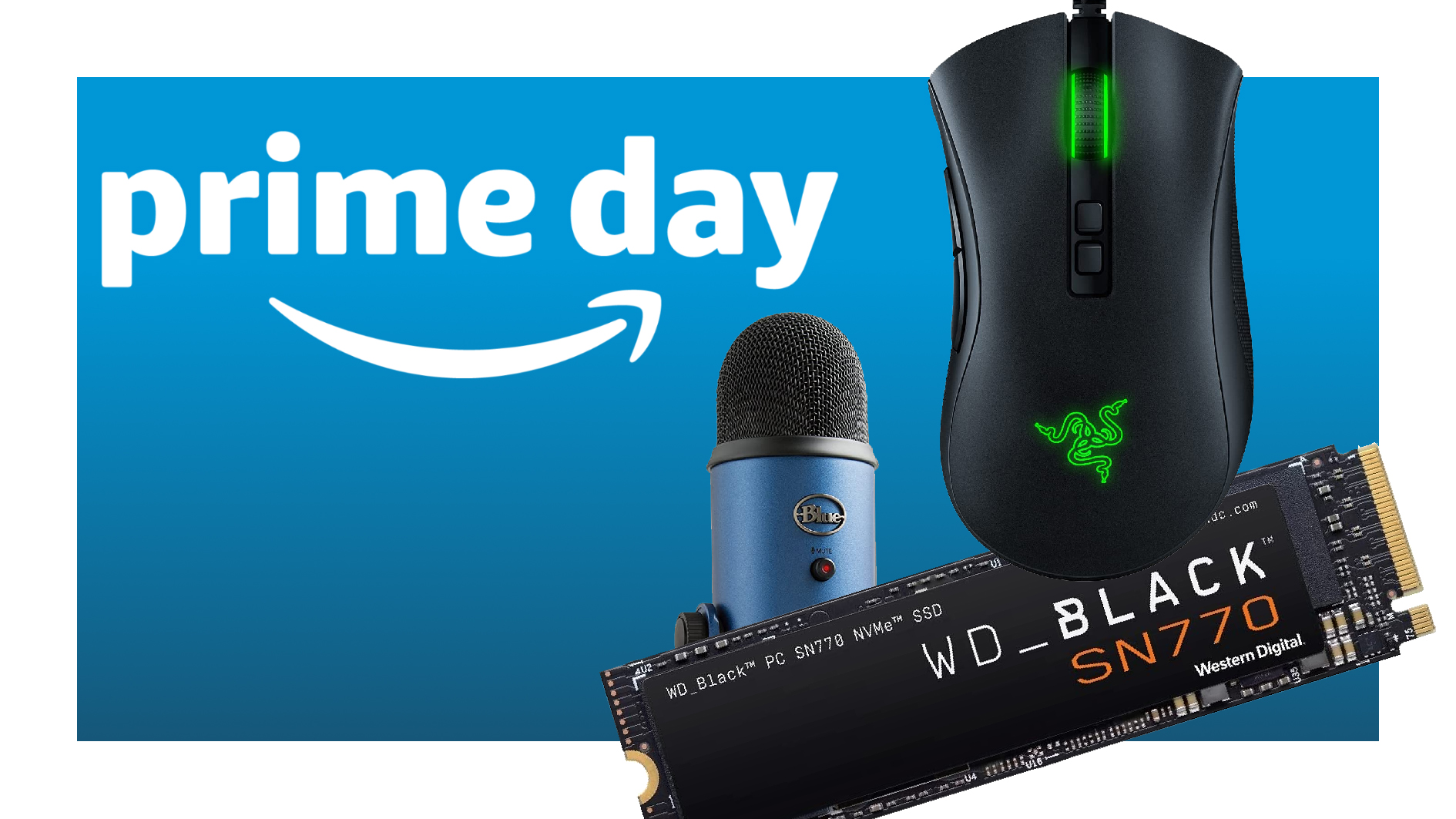