The Texas Chain Saw Massacre, past dangling bones, rotting blood buckets, and rusty meathooks, I experienced something novel for a multiplayer horror game: Fear. My years simmering in the Dead By Daylight meta has severed me from the actual immersion of the setting. Yes, on screen, I'm running away from a psychopath in an abandoned junkyard, but really I'm maximizing my angles, monitoring my health pool, and keeping an eye on my cooldowns. The horror itself becomes ancillary the more you see the bones of the mechanics. But when I was crouched in the darkness, a few feet away from a roiling, pissed-off Leatherface, the existential despair of the situation seeped past the PC screen.

I didn't want to die because I was worried it might tank my matchmaking ELO, I just… didn't want to die. The Texas Chain Saw Massacre crunches its pace down into a slow, deliberate, claustrophobic cat-and-mouse game. The end result is an experience considerably more memorable than its contemporaries.

“We start by picking apart what makes the film so iconic. Why do people talk about it so highly in both horror circles and film circles? We break those things down and start coming up with features and mechanics that support those things. We're obsessive about the details,” says Wes Keltner, studio head at Gun Interactive, the developer behind The Texas Chain Saw Massacre. “We studied that movie frame by frame, we went to the shooting locations… I've played some asymmetrical games where I'm like, 'This is a good asymmetrical game that includes elements of an IP,' but we started off with the mindset that everything here needs to feel like Texas.”

If you are a veteran of Dead By Daylight, or The Evil Dead, or even Gun's own Friday The 13th, you know the formula here. Four players take control of survivors who, in this case, need to escape the death-trap of the Sawyer estate. Three other players take control of the various cannibalistic fixtures of the greater Texas Chain Saw mythology. The bogeymen are the aggressors; they can chase down the victims in order to murder them in all sorts of unsavory ways. But the protagonists even the playing field with extra mobility options, and the fact that their win condition is to simply leave the arena in one piece.

Usually these games take place in the dead of night across a gigantic outdoors map, littered with enough debris to consistently break line of sight. That is't the case in The Texas Chain Saw Massacre. You'll begin in a mildewed basement, creep up to the mansion's first and second floor, before pouring out into the radiant, West Texan late-afternoon glow, where you hope to lose our assailants in the corn fields. There simply isn't a lot of real estate to work with, which means you're always one wrong turn from being cornered.

That makes Texas Chain Saw a true, dyed-in-the-wool stealth game. Other multiplayer horror prioritizes speed, quickness, and mechanical deftness, while Gun wants to honor the sacred art of simply not being seen. The victims are able to squeeze into corridors and duck into crawl spaces that some of the killers can't follow. The killers, meanwhile, can counter with a variety of abilities designed to dredge up these poor souls into the harsh light of day, so the family may feed.

I spent most of my time as the Hitchhiker, a twisted psycho brandishing a switchblade, who's able to lay rope traps around the house. This came in handy when one of the victims made a dash to the backyard power generator—which provides the juice to an electric cattle fence enveloping the perimeter. He took one false step into my snare and was easy pickings. There is no joy quite like squashing one of those elusive teens like a bug.

Your cohorts will take control of Leatherface—the heavy with the chain saw who provides the first line of defense in the basement—and the Cook, who as far as I can tell, has something of a sonar ability to compromise the victims laying low in their hidey-holes. If you are on the survivor side, you'll also have a set of unique abilities per character, but you shouldn't expect them to smite the killers where they stand. (For example, the woman I had control of could break the locks on doors. Incredibly useful, but it won't necessarily get the family off your tail.) All of these loadouts can be augmented through a huge, multifaceted talent tree, which will surely neuter cooldowns and extend effects the deeper you delve into the Texas meta.

I didn't see any of those nuances in action, but it is both cool, and surreal, to know that a 1974 horror movie will soon have a fussy tier list.

All that said, the thing that makes me want to come back to The Texas Chain Saw Massacre the most is, in Keltner's words, the white-gloves treatment Gun is giving the source material. All of the period details are lovingly rendered, from the flower-child '70s fashion to the distinct shade of mottled flesh on Leatherface's head. Even the lighting—that ominous, magic-hour veneer that's so crucial to the original film's vibe—is deployed with auteur gusto.

Keltner tells me that Gun has had the opportunity to adapt a ton of other horror franchises since the success of Friday The 13th, but the studio has turned them down because, well, the team “wasn't that passionate” about those middleweight options. “Either we couldn't make a good game out of those films, or the films themselves weren't good enough,” he says. Texas, meanwhile, is a heavy hitter, and from what I've seen so far, everyone at Gun understands the gravity of consecrating its legacy with a video game—especially considering how disposable and cynical other horror-movie sequels and tributes tend to be. We'll see if the company continues to follow through with their duty, as we draw closer to The Texas Chain Saw Massacre's 2023 due date. 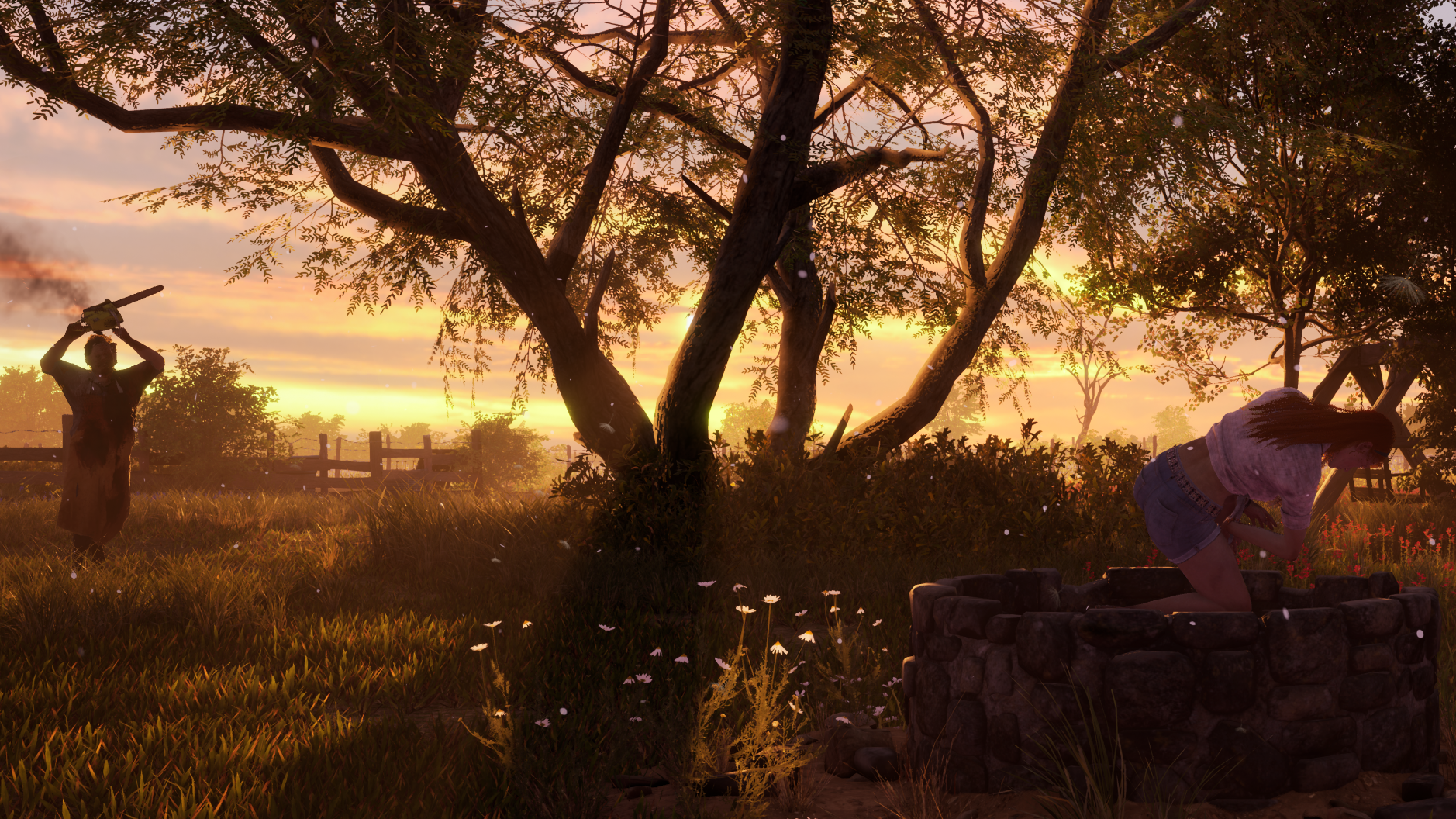