The Microsoft Game Pass version of The Ascent seems to be a more lightweight version than the build you can download right now from Steam. Both DirectX 12 ray tracing and DLSS are front and centre and working out of the digital box on Valve's storefront, but if you grab The Ascent as part of your Game Pass sub then you're only given direct access to part of the settings picture.

I've been running the game from my Steam library and it looks, and plays, great. I mean, it's demanding as all hell with everything turned up to ua with ray-traced shadow, reflections, and ambiont (sic) occlusion enabled. Even with DLSS on the quality setting, and running at 3440×1440, the GeForce RTX 3090 in this machine is straining at between 75 and 90 fps.

Our Jacob, on the other hand, is experiencing a world of pain with his Game Pass install. For one thing there are no DLSS options at all, something that has bizarrely been noted as lacking in a reddit thread where it's noted as not a platform feature of Windows 10, and only on Steam.

After the DLSS .dll files were made available via TechPowerUp you'd hope that maybe it would just be a simple drag and drop into a specific binaries folder. Unfortunately that is simply not how Game Pass games arrive on your PC. They're packaged up as almost individual entities, and while we could navigate through the folders, we were unable to add in the necessary files, and were simply told there wasn't enough space to drop them in as if the game itself were a drive.

Looks like we're going to have to hope that developers, Neon Giant, are able to patch the Game Pass version to add DLSS in, because right now there's no Nvidia AI support for your in-game frame rates.

Which would be more of a problem if ray tracing actually worked in Microsoft's version.

If I disable ray tracing entirely on my system, the performance immediately shoots up to match the 144Hz refresh rate of the screen because I've got VSync enabled.

For Jacob, it doesn't matter whether he's got ray tracing enabled or not, he's still hitting the same performance numbers either way, and the image on screen looks no different. In short, we have to assume that ray tracing is bricked on The Ascent Game Pass version too.

Jacob is using an AMD RX 6900 XT, but we've seen evidence of the same thing happening with Nvidia machines running from a Game Pass account too, so it's not a case of red vs. green here.

I mean sure, he can still play the game, and the world of The Ascent looks mighty pretty, in a gritty cyberpunk way, without ray tracing enabled. But the fact that we have two distinct versions of the game running on effectively the same platform is really strange. All we can assume is that Neon Giant had to get an earlier build of the game to Microsoft for Game Pass day one availability, and is more able to deliver up to date builds via Steam.

Whatever, it's weird. Though admittedly not unprecedented with Game Pass.

At least with Nier: Automata it was the other way around, and the Steam version was the broken build that time. Still, different storefronts on the same platform shouldn't have different versions of the same game. We haven't been able to find any confirmation that a future DLSS patch will be happening, but here's hoping we get some update over the weekend for our Game Pass buddies. 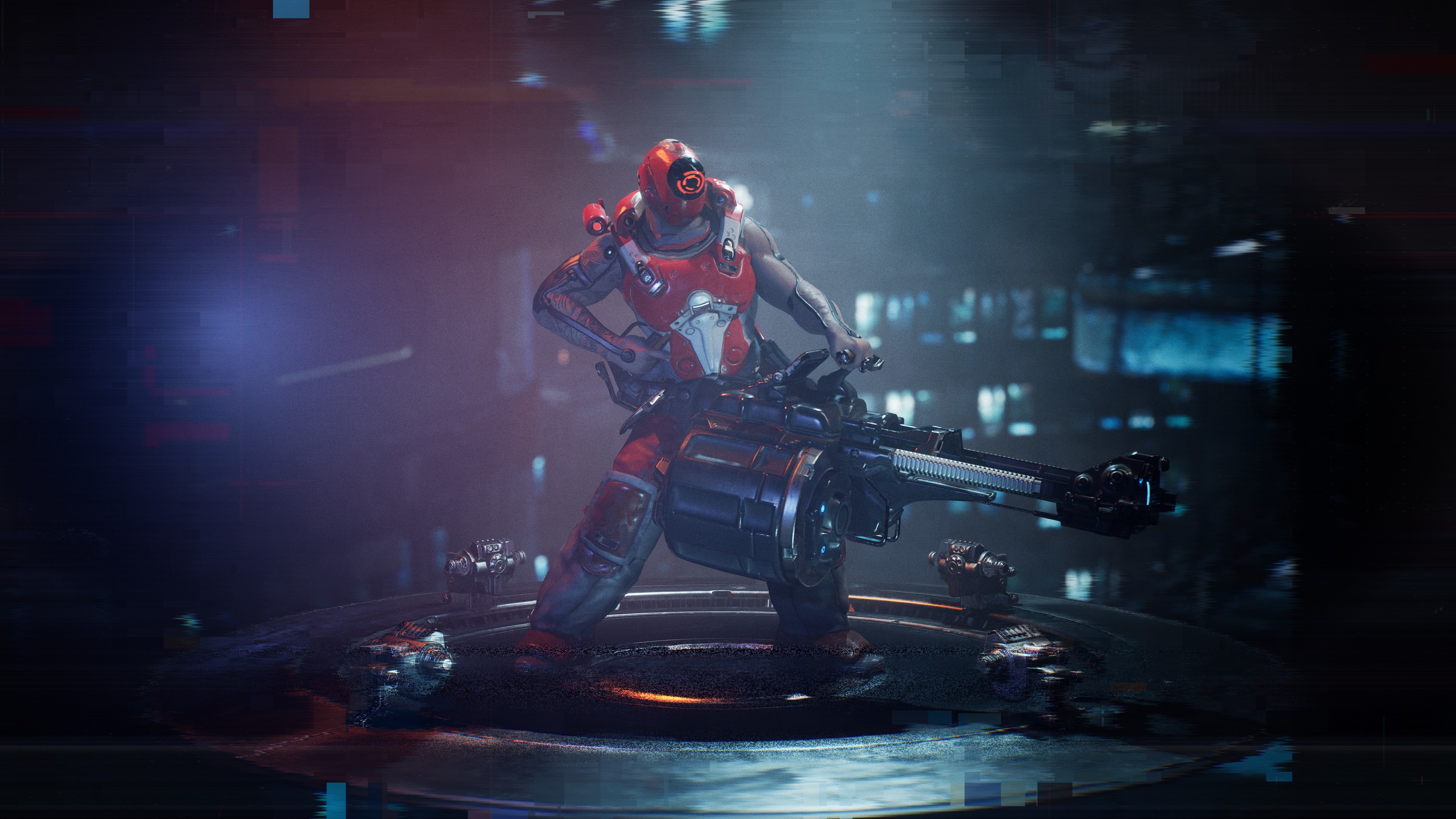