New Zealanders were mad, but that's about it. It's not the first time Call of Duty has angered a nation: Russian players pegged the Modern Warfare reboot as American propaganda.

When it comes to Activision, the Mr. Burns principle of immunity seems to come into play, whereby minor controversies are crowded out by bigger ones and effectively neutralized. Case in point, New Zealand being mad made me forget all about everyone being mad when Activision promoted Call of Duty: Vanguard by inviting conflict photojournalists to capture “the epic intimacy of World War 2” in the game. And Activision Blizzard's other problems, detailed in an entry below, overshadowed everything else.

Twitch, for a dozen reasons

The hate raids led to the #ADayOffTwitch protest, which made a sizable dent in Twitch usage for the day. Twitch has since deployed some new features to help streamers fend off hate raids, and sued two of the raiders, though the act was somewhat symbolic since Twitch doesn't actually know their identities. (It sued “CruzzControl” and “CreatineOverdose.”)

The big hack turned out to be a brief squall, at least for now. We learned that Twitch had a “do not ban” list (it's more mundane than it sounds), and got a look at how much money top streamers make from ad revenue and subscriptions. Not the most shocking stuff, and Twitch says that no passwords were exposed.

Regarding hot tubs and earlicking, Twitch will surely continue to struggle to decide what is and isn't appropriate on its platform, as every social media platform does. After hot tub streams, earlicking ASMR in yoga pants, and calling people “cracker,” though, trying to guess what's next feels impossible. Some kind of viral dance, maybe?

New World players have gotten by without mounts so far, and the MMO has had a pretty decent launch, when you consider how bad online game launches can go. Amazon itself once launched a game that was so poorly received it then unlaunched and canceled it.

There was the thing where people said New World was bricking RTX 3090s, but this didn't seem to be a widespread problem. Some observers also declared that New World is busted because it's “client authoritative,” suggesting a foundational flaw in the code, but Amazon says that's not true.

New World has been buggy, and the servers were a mess at the start, but that's pretty typical MMO stuff. Final Fantasy 14 is so popular right now that they stopped selling it. All things considered, the absence of mounts being one of the bigger controversies during an MMO launch is a sign that it's doing just fine.

This is still playing out, but if NFTs really are a transformative technology and not a temporarily useful way to obscure pyramid schemes, then the detractors will have no choice but to accept them when they become the model for digital ownership. In the meantime, “play-to-earn” games and promotional NFTs are being met with scorn everywhere they're announced. As a French trade union put it: “You like dividends, subprimes, financial derivatives, crises, speculation, fast trading, money laundering, etc? This is the assured and unspoken promise of NFT. We are far from the enjoyment of videogames.”

Plans to auction off Stalker 2 NFTs were completely abandoned a day after they were announced. Discord also walked back NFT plans after a negative reaction. Ubisoft went ahead with its plans, however, and added NFT collectibles to Tom Clancy's Breakpoint. It's hard to imagine anyone caring about any kind of collectible in Breakpoint, but there you go: NFTs are in mainstream games.

I'm with Wes: It all sounds like a bunch of bullshit to me.

The NFT thing made a lot of eyes roll, but Discord wasn't nearly as controversial as Twitch in terms of specific 2021 incidents. What we really felt was a general unease about the company's growth and the platform's future, which Morgan summed up with the sentence: “Please enjoy Discord while it's still good.”

There were in-game protests, World of Warcraft subscriptions were cancelled, and hashtags trended on Twitter. The WoW and Overwatch teams removed references to employees who were implicated by the lawsuit and internal investigations. Most notably, Overwatch cowboy Jesse McCree was renamed. He's now Cole Cassidy.

Activision Blizzard fired over 20 employees as a result of new HR investigations, and says it disciplined over 20 more. CEO Bobby Kotick took a symbolic pay cut, the head of HR was replaced, and Blizzard president J Allen Brack stepped down, replaced by Jen Oneal and Mike Ybarra. A few months lanter, however, Oneal resigned, reportedly because she felt she'd been “tokenized, marginalized, and discriminated against.”

The California lawsuit hit a snag when the agency that filed it objected to an $18 million settlement agreement between Activision Blizzard and a federal agency that had been running a similar investigation. It was similar in part because two of the same lawyers had been involved in both investigations, which could be a problem for California's case. The lawsuit is ongoing, though, and a private lawyer also recently started laying the groundwork for a class action.

Some current Activision Blizzard employees are considering unionizing with the Communications Workers of America.

Steam vs “pornography” and crypto

Holodexxx is on itch.io, instead.

Epic Games CEO Tim Sweeney said in response to Steam's cryptocurrency trading ban that the Epic Games Store will “welcome games that make use of blockchain tech,” but I'm not convinced there's any real contrast between Steam and Epic on the matter. Not many “blockchain games” exist as more than ideas, and none of the games that got the boot from Steam have shown up on the Epic Games Store as far as I can tell.

DICE responded with some big patches—big enough that you suspect they were preparing them before launch—and said that it'll consider bringing back some of the elements fans are missing, like the original-style scoreboard. People briefly got mad about some Santa skins for some reason, but otherwise, the hate train seems to be slowing down for now. When the next one comes out, I fully expect people to say that it sucks because it's not enough like Battlefield 2042—it's just tradition.

For doors, none.  They continue to torment game developers completely unchecked.

343 Industries has acknowledged that the battle pass is flawed, and has been tweaking it since launch. It remains a contentious topic—I've seen some frame it as an argument between young and old players, the latter of whom supposedly care less about cosmetics—but Halo Infinite has gotten by fine due to the fact that people enjoy playing Halo Infinite. And these $10 cat ear outfits seem to have briefly distracted everyone.

I've included this mostly because it feels significant that it wasn't much of a controversy. Five or six years ago, any similar butt-related decision would've resulted in 2,000 YouTube videos titled “SJWs CENSOR Mass Effect,” or something to that effect. I could only find, like, five videos with titles like that. Mass Effect: Legendary Edition launched to “mixed” user reviews on Steam, but butts had little to nothing to do with it.

I guess most people agreed that, yeah, aiming the camera at Miranda's butt while she was having a heart-to-heart with Shepard was a bit much, at least if you're playing Mass Effect for more than butts. Still, a modder who once removed butt shots from the original version of Mass Effect 2 returned them to the Legendary Edition version. Someone had to.

At the time, many framed the incident as little guys banding together to take on financial institutions, fueled, perhaps, by resentment over the subprime mortgage crisis and general inequality. However, it wasn't just individual investors from Reddit behind the “short squeeze” that caused billions in losses for certain Wall Street hedge funds—other big funds were able to profit off the unexpected market behavior.

Robinhood's pause on GameStop purchases got scrutiny during a congressional hearing, and a class action lawsuit was filed. The SEC released some guidance about disclosures, but no new regulation has been created.

Multiple films about the incident are in the works. At the time of writing, GameStop shares are trading at $150. The company's executives have made a lot of money by selling off shares. The company is currently working on some kind of NFT thing.

To prove that War Thunder's version of the tank is inaccurate, a player posted an image of a classified UK military document on the War Thunder forum. The image was removed, and the poster was warned that the offense can carry “up to a 14-year prison sentence.”

If we're judging the significance of a controversy by how far a person will go to prove themselves right, violating the UK's Official Secrets Act certainly puts War Thunder tank accuracy among 2021's most controversial videogame things. 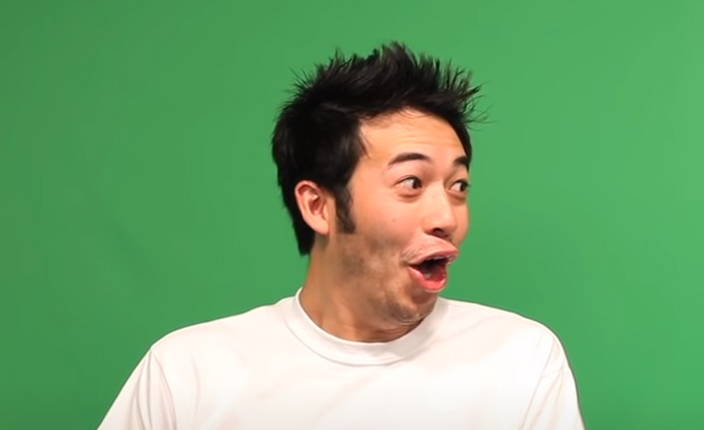