This is not a graphics card you want for gaming, but it still may be your only option if you're current GPU gives up the ghost and you need your machine up and running for work or Minesweeper. Especially if you don't have integrated graphics to fall back on, as is the case if you have an Intel F-series CPU or an AMD Ryzen CPU.

The GeForce GT 730 isn't a powerful GPU, but it isn't too demanding on your system either, sipping just 23W of power, which it'll draw from the PCIe slot, and is passively cooled too, making it a silent option.

It's a half-height card, but MSI has tacked a VGA output onto the bracket to take it up to a full-height card—useful if you've got an equally old screen you want to plumb it into. For more modern screens you'll find an HDMI 1.4a port and a DVI connector as well.

It also supports MSI's Afterburner overclocking utility, which is pretty wild given its passive cooling.

This card is only available in Japan right now, with a list price of 4,565 yen, which is roughly $42, but we may see more like it pop up in different territories.

The graphics card shortage doesn't look like it's about to resolve itself any time soon, with some manufacturers stating that things aren't expected to return to normal until 2023 at the earliest. And even then it will take the market an age to normalise pricing as the second-hand market will remain high with folk trying to recoup costs. 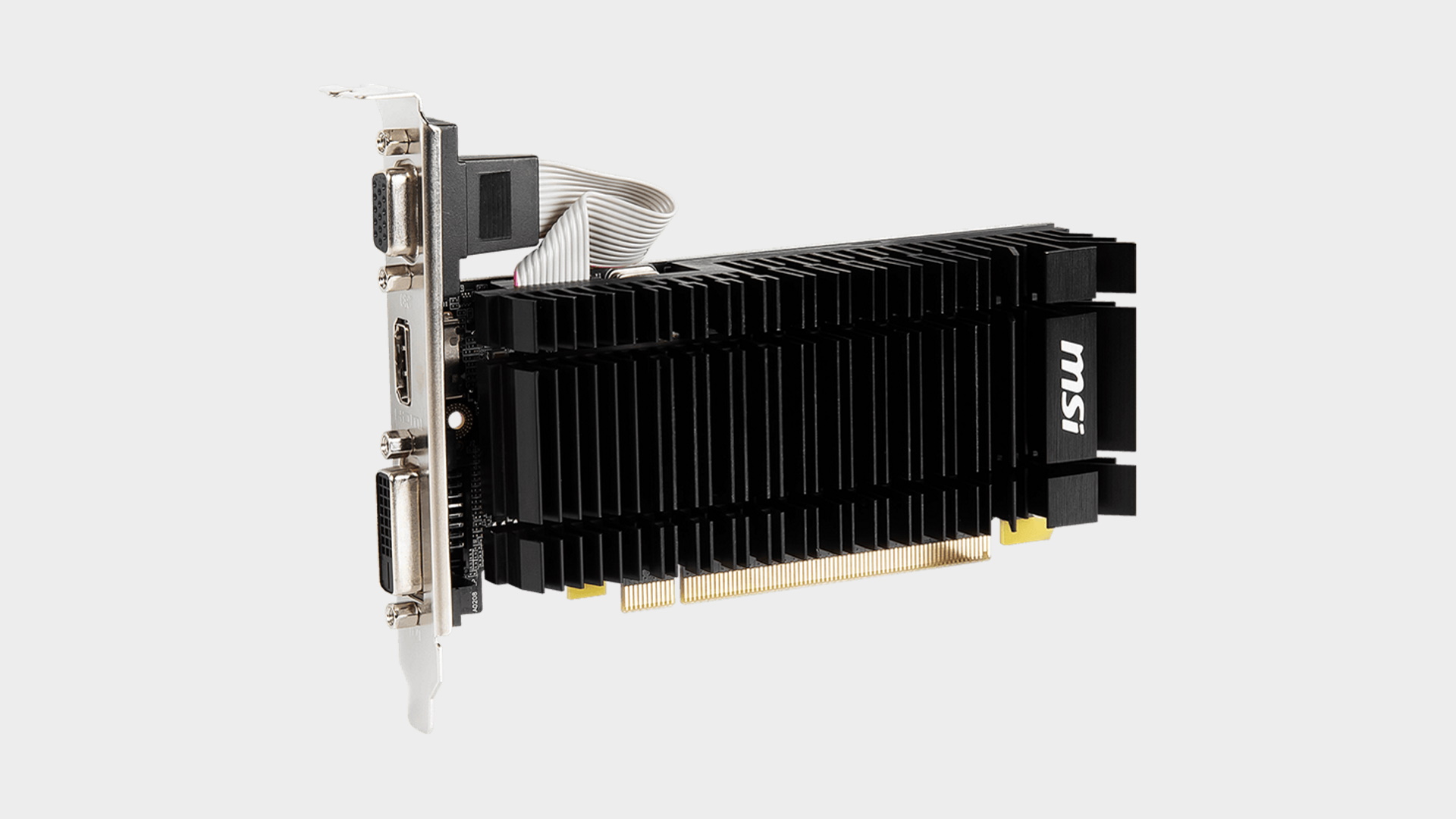