Seriously, you can't escape pumpkins rights now, and not just because it's spiced coffee season. I've been innocently seeking out build inspirations for my village and I'm inundated with gourd screenshots. Not that I'm mad: Obsessive crop schemes are also valid build inspo. This really is peak farm sim behavior. (Do yourself a favor and read about fellow PC Gamer writer Chris Livingston's great pumpkin disaster of 2017.)

One pumpkin defender's rather detailed spreadsheet alleges that the total growth time (four hours) makes them technically less profit per hour than planting asparagus, but that the profit per minute you're actively tending them by planting or watering actually makes them superior. Also, a patch full of pumpkins is just way more satisfying to reap than silly asparagus.

You can max your cash investment even further by cooking three pumpkins into a grilled veggie platter in your kitchen, but that too is a pretty steep increase in active button pressing. Better to just sell the dang things to Goofy who apparently doesn't mind getting totally price gouged on gourd turnaround.

Serious grinders are pushing the pumpkin meta to the max with a handy exploit. It turns out you can really abuse the hangout feature—the one where a tagalong character can reward you with bonus items while you mine, dig, or farm seaweed. If you invite along whichever character you've designated as a farming friend, trap them inside a tiny square of fences, and then harvest a ton of crops in front of their face, then free them, they'll burst into a fountain of sparkling pumpkins to pick up.

A ruler exploiting their subjects as magical profit conduits? Why, I never.

Disney Dreamlight Valley launched in early access at the beginning of September and is planned for full launch sometime in 2023. It's definitely possible that the farming exploit and the shocking profit margins on pumpkins will both get fixed in the meantime. Not least because of the huge frame rate drop when receiving all those bountiful bonus pumpkins. For now though, ring in October with as many pumpkins as you please. Those house upgrades won't pay for themselves. 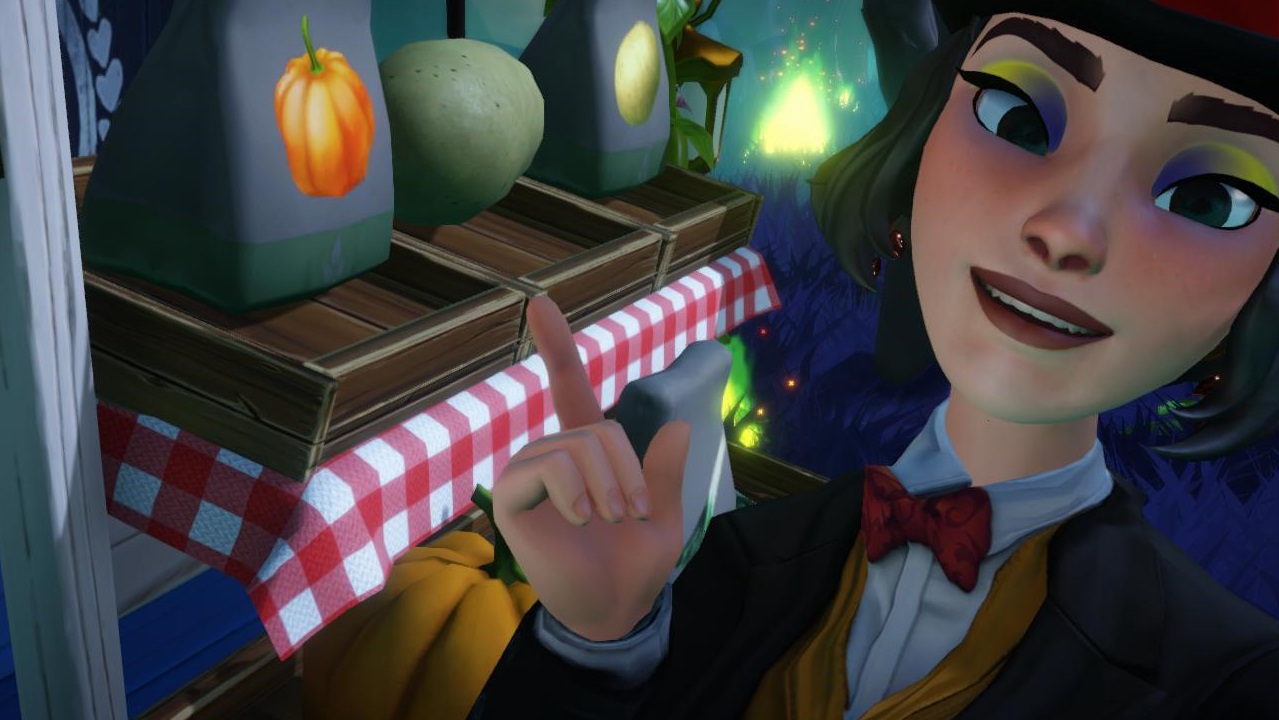