report card-style scoring system with familiar grades that his readers would understand. “It was a good gimmick, the kid doing the report card for a change,” he says. Stovall’s father, a regional director at the Texas State Health Department, brought him on work trips to different towns, where he would drop in at newspaper offices in a three-piece suit with a briefcase. “I just syndicated it by myself into about 10 different newspapers, mostly in Texas,” he says. He expanded to the San Jose Mercury News and “about 25 papers” before the column was further syndicated by the Universal Press Syndicate. The suit-and-briefcase routine was a key part of his strategy—he believed that adults were far more likely to hear out a sharply-dressed kid than another adult, and the familiar image of a besuited Stovall eventually became canon.

Stovall knew how to think big from his school fundraising experiences. Instead of visiting the same old houses, he strategically hit up offices, banks, and oil and gas companies, where he talked to managers and sold raffle tickets en masse. He applied this same big-picture approach to syndication goals for his column. When he first started writing, he had a fantasy of getting paid $50 a column. “All I had to do was syndicate it to 100 newspapers, and then I would just write one article, and I would be making monthly trips to Hawaii,” he says.

Instead he made $5 a column, which was still unsustainable for a kid putting in maximum effort every week. “But if you can syndicate it to 10 papers, that's suddenly about $50 a week, and that beat shelling pecans.”

In 1983 he needed special dispensation to get into the Chicago summer Consumer Electronics Show as a minor, where he worked the show floor with business cards and did interviews with Nolan Bushnell and Activision’s David Crane. At the time, he was already syndicated in 11 papers. A curious New York Times writer spotted him and reported on him, which was a game-changer for the Vid Kid. By the mid-80s, Stovall had appeared on The Tonight Show with Johnny Carson and CBS Morning News. In 1984, he gave the keynote speech at Bits & Bytes—the first national computer show for kids—where Sierra showed off Mickey’s Space Adventure and Mindscape demoed Indiana Jones and the Temple of Doom.

In 1985 he even introduced the NES at Nintendo’s North American launch in New York. “I was there but I didn't recognize it at the time as such a big moment in history,” Stovall recalls. It was just after the Atari market had crashed, and general public sentiment was that video games were over. “At some point I had about an hour or so with Miyamoto showing me [Super Mario Brothers], and I just loved it the first time I saw it,” he says. Stovall remembers being obsessed with Mario, but he didn't get his own copy for months after. When he finally did get an NES, he had to stick a piece of wood in the console to make the game cartridge stay in. “I just thought it was so hick,” he laughs.

For someone who was at the forefront of how games were written about in the United States, Stovall remains modest about his influence. Back then, his approach to reviews was—unsurprisingly given the overwhelming excitement over new tech at the time, and the fact that he was a kid—mostly celebratory.

“With the idea that any press is good press, I wanted to put good press on good games,” he says, citing two negative exceptions—Pac-Man for the Atari 2600, which he felt was such a major release that it had to be written about, and Rambo for the NES. “But I think almost all my reviews were positive, just because there were so many good games out there.” Amongst fan mail that was sent to the paper, he also received “weird hate letters” from readers, which goes to show some things just don’t change.

Once it was time for college in the late '80s, it was game over for the Vid Kid. There were no game-related degrees at the time, so Stovall studied film. He went on to work at EA, Sony, Activision, and MGM Interactive, in various roles like tester, QA manager, and producer. Today, Stovall is a senior designer at Concrete Software and works on mobile games. “My perception is that games are harder to make than movies or TV shows,” he says, pointing to the unpredictability of changing software, aging hardware, and “a million ways for something to go wrong.” In his spare time, he’s slowly sorting through eight boxes of video game history from his mom’s house, full of artefacts from his childhood career.

He’s thinking about writing another book on that chapter of his life (his first was an 80-review game collection, The Vid Kid’s Book of Home Video Games). “I was watching Stranger Things with my son, and I'm doing the math on how old those kids would be today, if it were all real,” he says. “And was like, “Oh, wait, at the same time they were doing this, I was writing about video games’.” 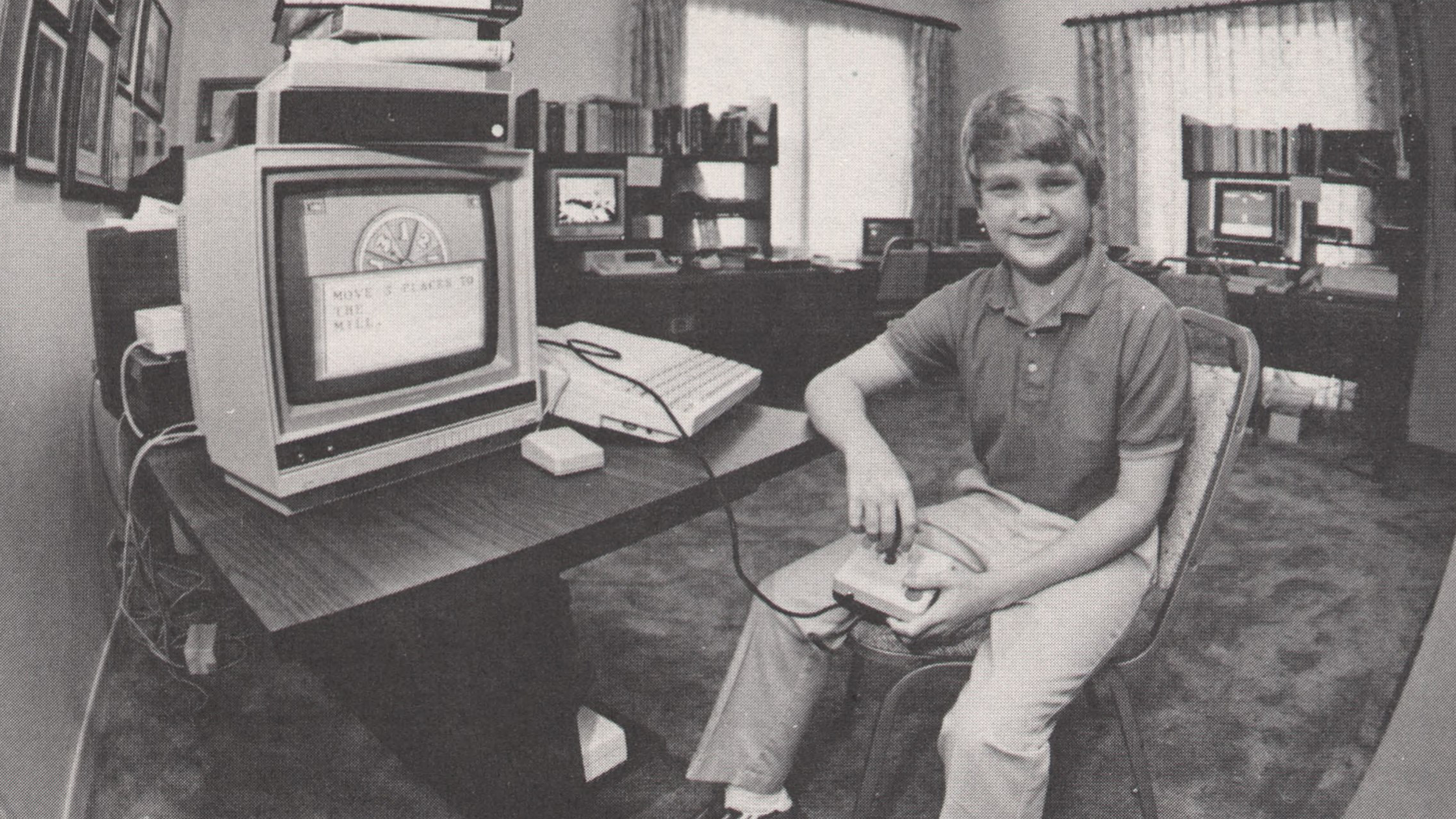 What To Expect From Sea Of Thieves' Seventh Season, Starting In A Few Days

I can't believe an esports mockumentary made me feel things