Cult of the Lamb beginner tips will set you on the right(eous) path as you begin conquering the Lands of the Old Faith. The actual trial isn't the Crusading, however—you'll need to deal with your followers to keep them in line and working in harmony as you build your Cult from the ground up.

This action roguelike from Massive Monster asks you to balance dungeon exploration with Cult management, the latter of which is a lot more taxing than it sounds. You need to keep your flock fed and happy, and you'll also need to construct buildings, gather materials, and pick up their poop. So with that in mind, these Cult of the Lamb tips will help you to keep everything running smoothly when you're just starting out.

Have spare followers worship at the Shrine

You won't have many followers, to begin with, and you ideally want two of them to collect wood and stone so you can start building structures. But as you need Devotion—and lots of it—to unlock new buildings, you should set any other followers to worship at the Shrine.

You can order followers to switch jobs at any point, so if you find you're running out of resources, you can add additional workers to help you gather. When you're starting out though, it makes sense to unlock additional buildings as quickly as possible so you can start expanding your Cult more effectively.

Make more beds than you need

Sleeping Bags aren't great but they're somewhere for tired followers to sleep after a hard day's devotion. They break pretty easily, and while they're simple to repair, this will negatively impact the Cult's overall faith if there aren't enough beds to go around, however briefly.

You can get around this by making sure you have a few beds spare so if a follower's bed breaks, they can immediately switch to an unoccupied bed until you fix the original one.

Destroy everything (when Crusading)

You should spend a good amount of time fighting through the Lands of the Old Faith. You'll have enemies to fight and chests to loot, but it's also good to attack absolutely everything else around you too.

Grass, barrels, huts, you name it—you should destroy it all. Most of the time you'll get Grass—especially early on—but even this is put to good use back at your Cult. It even works as a meal for your followers if you are low on food. As you venture into subsequent areas, you'll find more valuable items like meat or mushrooms.

Divine Inspiration is granted once you collect enough Devotion from the Shrine to fill up your bar completely. You spend this on new building unlocks and you should prioritise building the Farm Plot, along with the Farmer Station as soon as you can.

It can be pretty tough keeping up with your followers' appetites so having the ability to grow your own food is really helpful. Once assigned, a follower will water crops for you and if you build a Seed Silo nearby, they'll plant things for you too.

More buildings will become available as you spend Divine Inspiration and you'll eventually be able to upgrade your farm so that followers can harvest crops and store them in a chest for you to collect.

Perform a Sermon and Bless your followers daily

It's important to keep an eye on your Cult's Faith levels as well as individual Loyalty, especially if you're frequently away on Crusades. Performing the daily Sermon in your temple not only increases Faith and Loyalty but unlocks more powerful weapon and curse upgrades for when you venture into the Lands of the Old Faith.

You can also steadily increase your followers' Loyalty by using the Blessing action on each of them, increasing it by five points. This might not seem like a lot but it soon adds up and you'll be rewarded with a Commandment Stone fragment each time a follower levels up.

It might seem harsh but the Murder Follower ability can help you deal with any troublesome followers before they have a chance to do too much damage to the Cult's overall Faith levels. The ability is unlocked via one of the Law and Order doctrines, though you should still be a little careful when using it—other followers aren't likely to take it well if they see you openly killing off their peers.

It's also a convenient way of getting rid of elderly followers if you're struggling to feed everyone. Brutal? Yes, but when paired with the Good Die Young trait, which is one of the Afterlife doctrines, you'll even get some Faith back from the sacrifice.

If leading a cult gets a bit much, drop the difficulty

If you're finding it difficult to keep up with the demands of your followers, you can drop down the difficulty level to make things like hunger and Faith significantly easier to deal with. It also means enemies will be easier to take down too, but at least you won't have to worry quite so much about what new chaos you'll find when you return to your flock.

You can always start a new run once you've figured out some of the basics and picked up some experience with the day-to-day running of a cult. 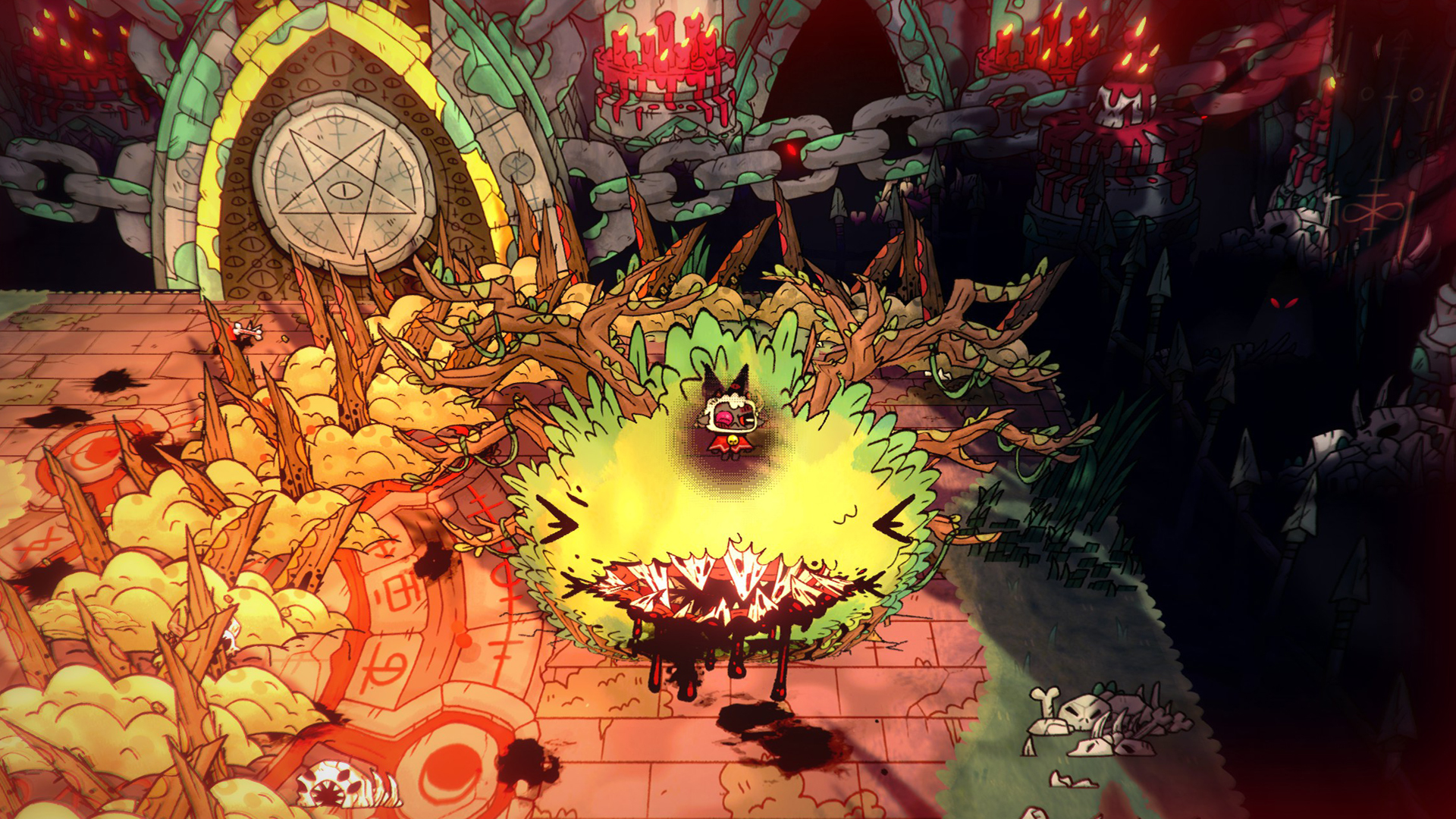