crazy modular keyboards, mice, and completely epic computer cases. You name it we like to put a stamp on it. Even little things like desktop backgrounds, or bios load images are nice to make your PC your own.

The Steam Deck is a bit harder to customise generally speaking, but that hasn't stopped people following their customisable hearts. I mean, you can buy Steam Deck joint holders after all. All over the internet, Steam Deck owners are making amazing boot custom boot animations, and here are the best ones we've found so far.

To start with, you might want to know how to customise your Steam Deck's boot animation, so we've put a handy guide made by Gaming On Linux on YouTube explaining the ropes at the top of this article.

It warns against using prebuilt scripts as they can be edited to be malicious, and as always it's worth being careful with anything you install on your machine. From there, you only need a video file to get started and while the process is a bit fiddly, it's also fairly straightforward if you're so inclined.

But for now, back to the cool animations.

MatPaget on Twitter is a gun with these mods which we first spotted with their Frasier themed animation. It plays the theme song while drawing the familiar skyline from the opening of the popular sitcom, but replaces the Frasier text with Steam Deck. It's cute, simple, and great if you love Seattle or radio hosts.

3, 2, 1, let’s jam! I made another Steam Deck boot up video… this time starring a particularly special Space Cowboy pic.twitter.com/VNdjmZledGSeptember 27, 2022

They also have a very cool Cowboy Bebop animation screen. In it you can see Spike's silhouette smoking like in the intro with Valve and Steam Deck text appearing while the banging theme song Tank! plays in the background. The only downside is it abruptly ends after the 3, 2, 1, count in which loads in the Steam Decks interface instead of a wicked brass section. They have offered the files up on their google drive, for anyone keen to also add some tossed salad and scrambled eggs or space cowboy vibes to their portable PC hybrid.

3, 2, 1, let’s jam! I made another Steam Deck boot up video… this time starring a particularly special Space Cowboy pic.twitter.com/VNdjmZledGSeptember 27, 2022

For those after a further dose of nostalgia one user has gone ham on adding start up animations for older consoles. They've compiled them in a GitHub including a script to randomise them on boot. While having the Dreamcast screen would be fun, running the Switch boot animation on a Steam Deck is exactly what I need to confuse my friends.

Another way to honour the past is this lovely animation screen made by TareXmd on Reddit. This one shows lovely graphics of handheld consoles that have come before with their start up sounds. It's just so incredibly pleasant to look at and listen to, a great way to start a Steam Deck session.

Although one of my personal favourites has to be this Futurama startup screen by DerpinHerps. The typical Futurama text spells out Steam Deck and is then immediately careened into by the Planet Express ship. That broken screen moment makes for a nice transition into the Steam Deck's menu, which is a nice touch on.

One forum on Reddit is dedicated to the Steam Deck boot screens so you can find tonnes of other great ones there. People are also making requests so you can bet there are going to be heaps more added in future. Thankfully the Steam Deck should be a bit easier to get your hands on by then too. 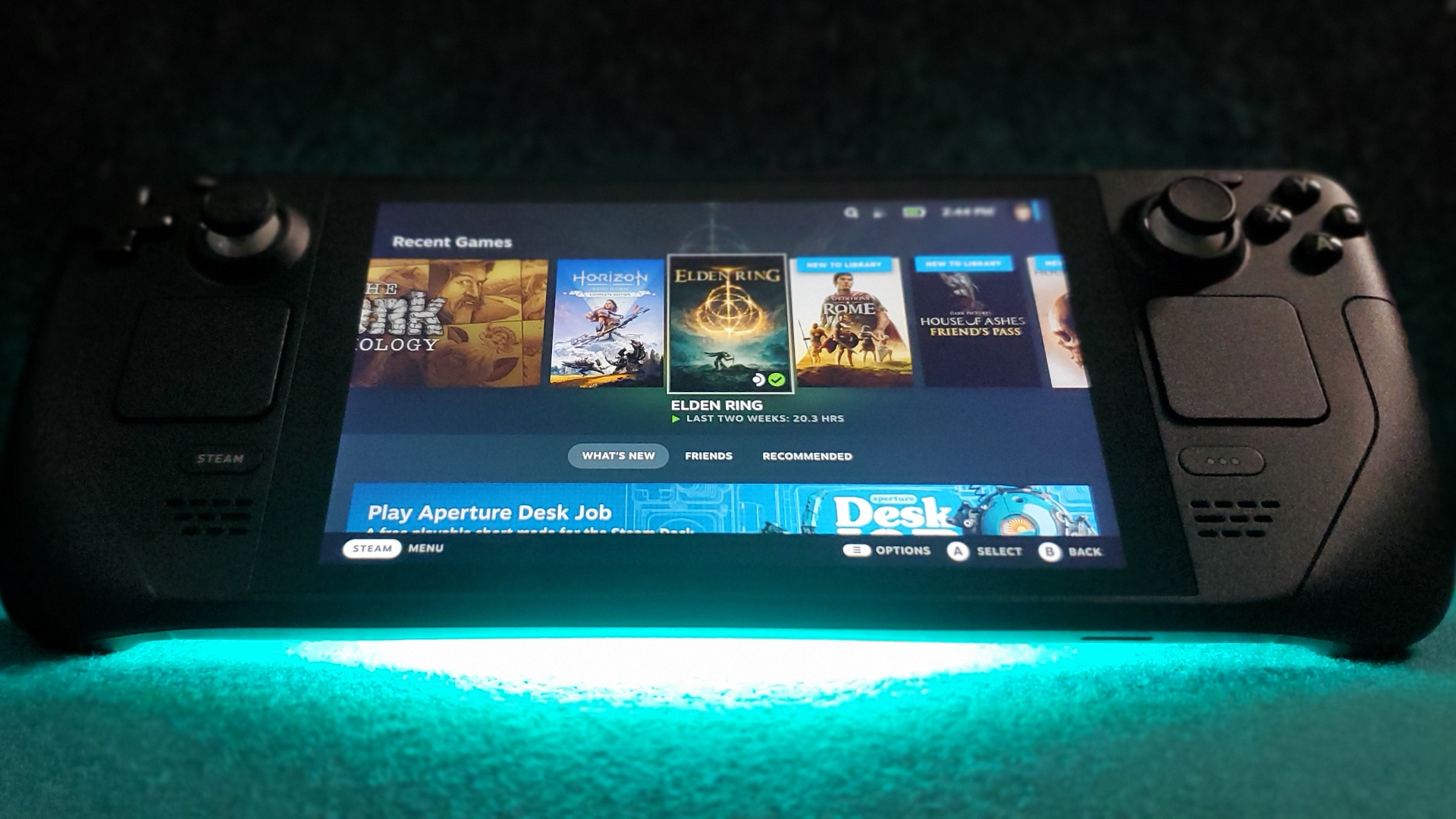