These Skyrim and Fallout tarot decks are more novelty than magic

the Wild Unknown are far more emotive and easy to read if you're interested in learning about tarot cards. The Wild Unknown's Ten of Swords shows those swords piercing a beast, with dark shading and its eyes speared by the tenth sword. It's dramatic and scary, which connects to the meaning of the card. It's a card literally about drama and hitting rock bottom. It's about being caught up in petty ruinous things rather than moving past it. Dramatic card, dramatic meaning, you see?

The main barrier for new tarot enthusiasts with the Bethesda decks would be that the numbered cards, like the Three of Lockpicks or the Five of Steel, are reusing the same assets over and over. Synths, horns, swords, they all just multiply rather than showing you anything new. It would be a nightmare to try and remember which correlated to what emotion and meaning because they all look pretty much the same. Of course, the book is right there for you to research what each card means, but part of the fun of the tarot card process is showing off your visually stimulating, beautiful cards, as a bonus to their meanings.

That said, the writer of the explanations of the tarot cards, Tori Schafer, does such a good job at explaining the cards and their meanings in a way that relates to the adventures of the protagonists of the games. There's a world in which I can imagine these explanations just copied and pasted between the two books, but that's not the case here.

I'm still tempted to frame my favourite pieces of art from both decks and put them on my wall as little mementos of my adventures rather than using them for readings. But the cards have a luxe feel to them—even if my Skyrim deck was already a little bent for some reason—that I might keep them around to show off to friends. If you've got a friend who's into these franchises, the tarot sets are a solid gift for them to put on their shelves. But for those of more mystic mindsets, they're more novelty than magic. 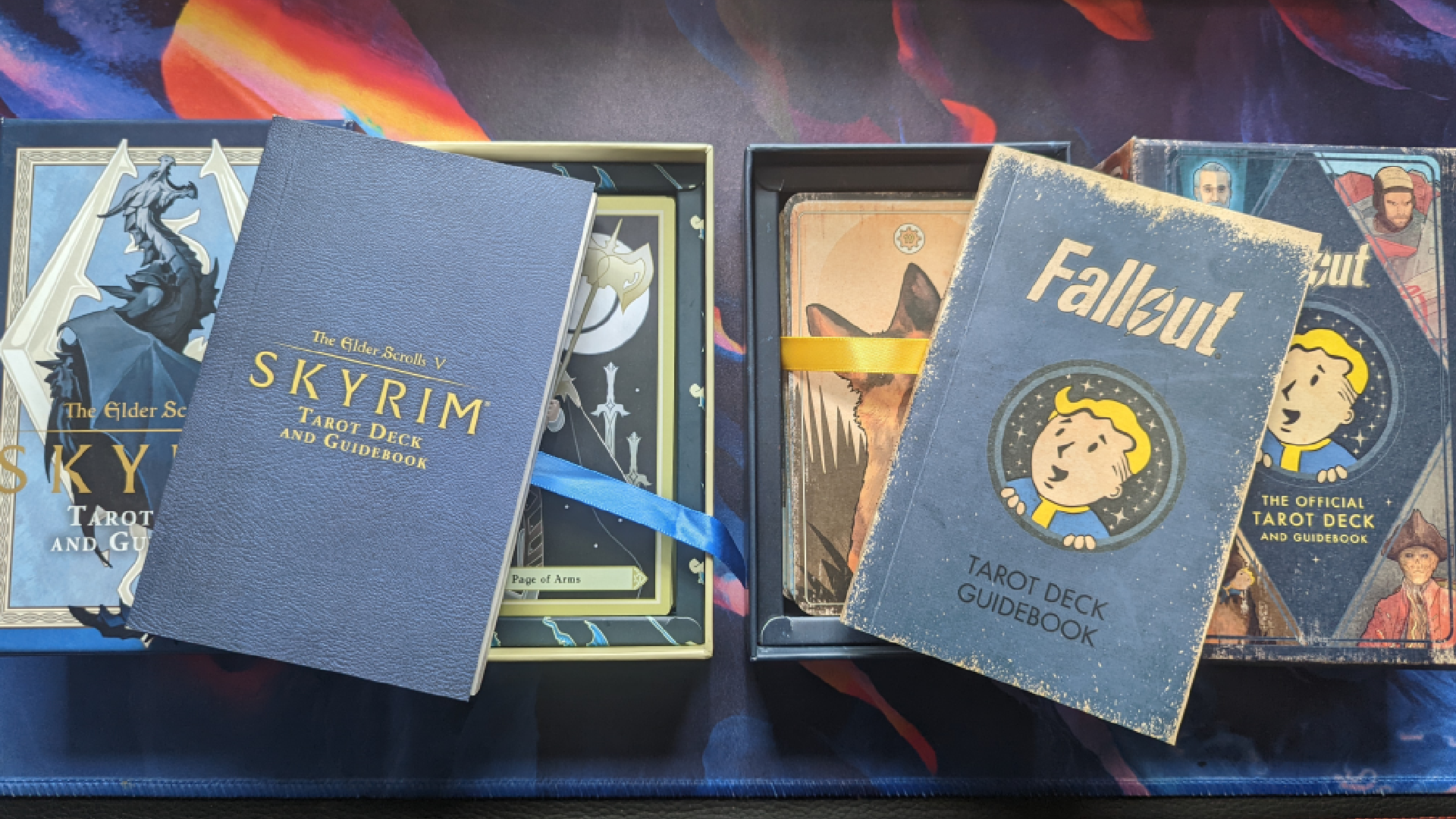 6 Things You Need to Know About The DioField Chronicle