Immortal Empires campaign for Total War: Warhammer 3 yesterday, including a little bit that it may not have intended to. Sharp-eyed fans watching the Q&A session picked up on what they believe are the names of four factions that will be released for the game as DLC.

The relevant bit can be seen at around the 9:55 mark of the video embedded above, during a segment in which lead designer Mitchell Heastie discusses victory conditions while scrolling through different lists of required goals: Capturing coastal regions, razing settlements, destroying factions, controlling provinces, that sort of thing.

The dime dropped when he got to “Domination Campaign Victory” conditions, which includes a long list of factions that must be destroyed. There's something like 60 of them in total by my quick count, which is reasonable because Immortal Empires will merge the factions and maps from all three games in the Total War: Warhammer trilogy into a single, massive campaign. But four of the factions in the list have never appeared in any of those games:

Here's a still from the video where the faction names can be seen:

It's possible that these are simply unannounced factions, but Creative Assembly has already revealed the new Chaos factions and so the feeling among fans on Reddit is that these groups are more likely to be released as DLC.

Of course, Warhammer fans being Warhammer fans, there's already plenty of speculation about who will be heading each of these factions: Niheli21 pegs it as Azazel, the Prince of Damnation for the Ecstatic Legions, Festus the Leechlord for the Fecundites, the Gorequeen Valkia the Bloody, and Vilitch the Curseling for the Puppets of Misrule. It's all very Warhammer.

Creative Assembly hasn't commented on the leaked factions at this point, but I've reached out for comment and will update if I receive a reply. Total War: Warhammer 3 – Immortal Empires will be out on August 23. 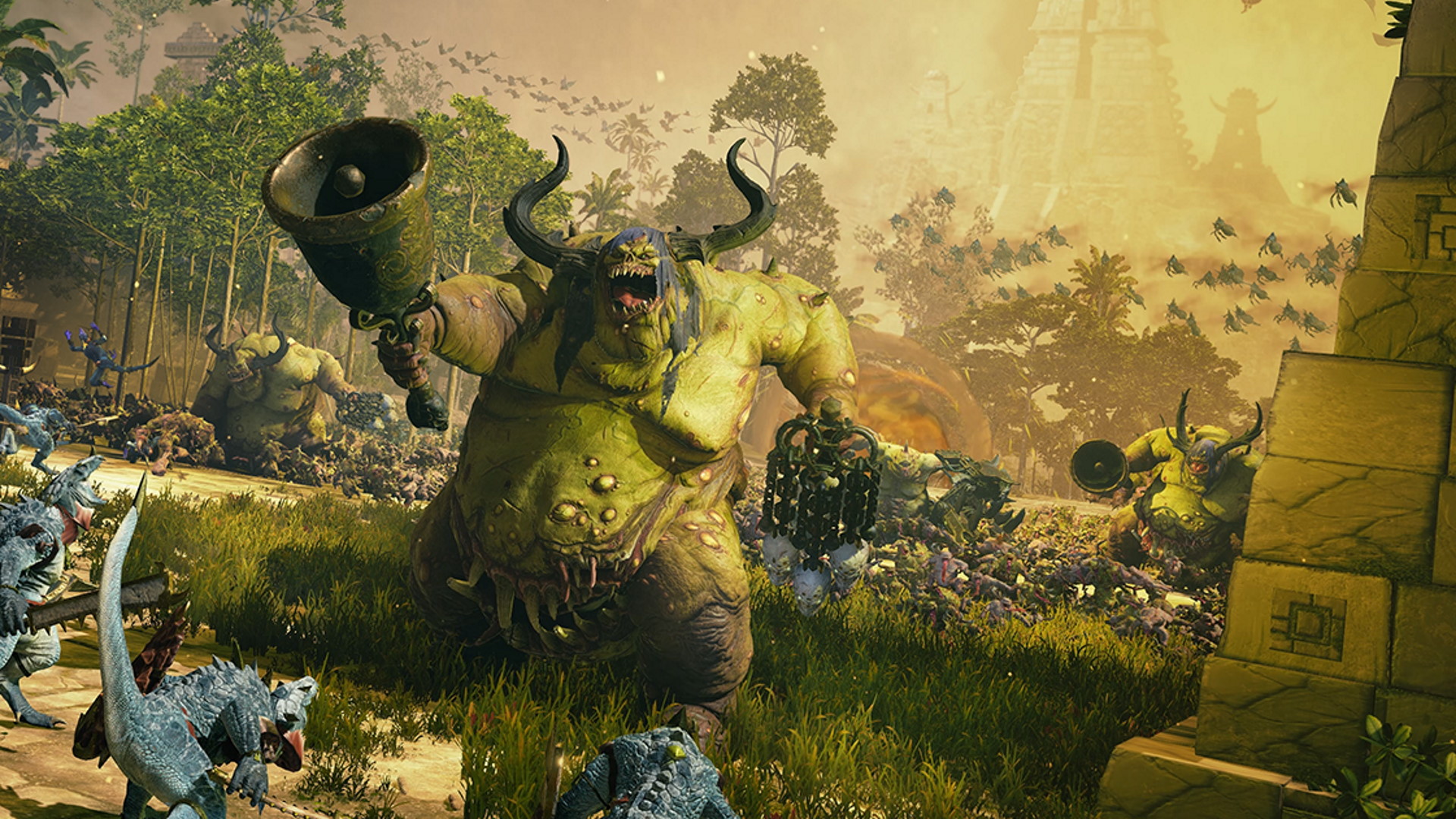