“This is a shitty grift,” Obsidian's Josh Sawyer replied. “It has nothing to do with ownership stakes in new IPs and everything to do with a (very bad) speculative asset class. It sucks.”

Twitch streamer CohhCarnage had some advice:

YouTuber Suzi Hunter was somewhat more to the point:

Composer Austin Wintory made a joke that fell flat, but later clarified that he didn't mean to imply that he's engaging with NFTs:

Appreciate the kind words. Right back at ya.It seems my very-obviously-a-joke joke wasn’t so obvious!January 14, 2022

Some followers also made a sincere attempt to explain why this is a bad idea:

i have been a big fan of yours for so long, you inspired me to get into voice acting, and i can’t believe you’d just dive into this sort of project knowing the kind of damage it’s going to be doing to our earth. you aren’t creating, you’re destroying.January 14, 2022

The Voice NFTs Baker is promoting are a little different from the low-quality monkey JPGs we're used to—they're based on audio, rather than crappy pictures. This thread from the VoiceverseNFT account purports to explain what they're all about, although to be honest I don't understand what most of it is actually supposed to mean.

“Voice NFTs provide unlimited, perpetual access to the underlying AI voice that the NFT represents ownership of. If you own a Voice NFT, you can create all kinds of voice content, and you will OWN all of the IP,” the thread states. “Imagine being able to create customized audiobooks, Youtube videos, e-learning lectures, or even podcasts with your favorite voice! All without the hassle of additional legal work. This also allows people with limited resources to access professional-grade voices more easily.”

There's acknowledgement of the negative impact that NFT creation has on the environment, but Voiceverse said it is trying to move its NFTs to a more environmentally friendly mainnet [a term used to describe a live, independent blockchain using its own cryptocurrencies or tokens] in the future. Of course, there's also a nod to the potential increase in value.

7/8If it’s just a SaaS product and not a NFT, we won’t be able to create a truly decentralized solution in preparation for Web3, and the key really is for YOU to completely own the IP and is proven by the public, NOT managed by us.January 14, 2022

There were some expressions of support scattered here and there in the responses to Baker's tweet, but overall the reaction was powerfully negative. The blowback was enough to cause Baker to clarify his reasons for taking up the NFT cause, although he gave no indication that he's rethinking his position.

“I always want to be part of the conversation, even if sometimes that finds me in the midst of a loud one,” Baker said in a brief follow-up Twitter thread. “Appreciate y’all sharing your thoughts and giving me a lot to think about. I’m just a storyteller out here trying to tell my story to whomever will hear and hoping I can help others do the same. Sometimes it works, sometimes it doesn’t. I’m grateful there are those who are passionate about their stance & not only feel safe to express that but also have the means to do so.

“The 'hate/create' part might have been a bit antagonistic… Hope y’all will forgive me for that. Bad attempt to bring levity. Anyway, feel free to resume the conversation, or not as you please. I appreciate those with truth showing it, those with support offering it, and those with anger doing their best to express with it.”

Many big studios and publishers, including Electronic Arts, Ubisoft, Square Enix, and Sega, have made a point of embracing NFTs. Gamers, however, have not: Discord walked back plans to integrate NFTs and crypto into its platform late last year following a strongly negative response from users, for instance, and GSC Game World pulled the plug on NFTs in Stalker 2 in the wake of a similar reaction from its fans.

And it's not just the environmental cost of generating NFTs that's a concern: NFT scammers have disappeared with millions of dollars in recent months (more than once), and there's little evidence at this point that they do anything not already offered by existing technologies. 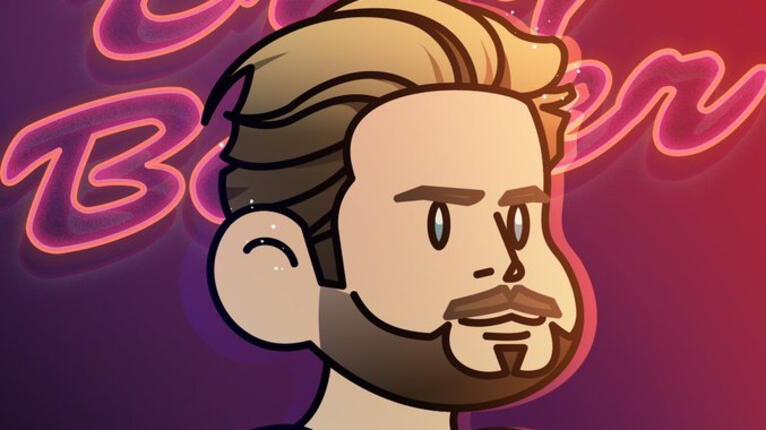