$68.7 billion deal to acquire Activision Blizzard. The CMA is the UK's anti-trust regulator, responsible for maintaining the competitive integrity of the markets, and could be a significant hurdle for the acquisition if its concerns are not addressed.

The opening of the second stage of the investigation is not a done deal: the CMA may decide not to proceed if Microsoft and Activision Blizzard provide sufficient undertakings before the deadline of September 8. An undertaking is a legally binding agreement wherein Microsoft could choose to say to the CMA, for example, “Call of Duty will be available on PlayStation for the next 30 years.”

That's the kind of thing that the CMA is thinking about. In a press release accompanying the full report the organisation says it is concerned that the deal “could harm rivals, including recent and future entrants into gaming, by refusing them access to Activision Blizzard games or providing access on much worse terms.”

Another concern is adding Activision Blizzard to Microsoft's broader gaming ecosystem, meaning that incorporating its wide range of titles into, say, Game Pass or a streaming offer could be unfair to any smaller competitors. The CMA reckons this has the potential to “damage competition in the nascent market for cloud gaming services.”

Microsoft and Activision Blizzard now have a short window in which to address the issues raised, and if they don't satisfy the regulator the deal will be referred for a Phase 2 investigation. This involves assembling an independent expert panel to probe the issues identified in the initial report. The panel will have statutory powers to gather internal documents and any other information it may want.

“Following our Phase 1 investigation, we are concerned that Microsoft could use its control over popular games like Call of Duty and World of Warcraft post-merger to harm rivals, including recent and future rivals in multi-game subscription services and cloud gaming,” said Sorcha O’Carroll, senior director of mergers at the CMA. “If our current concerns are not addressed, we plan to explore this deal in an in-depth Phase 2 investigation to reach a decision that works in the interests of UK gamers and businesses.”

The CMA's summary of phase one of the decision gives a brief overview of the videogames market as it exists in the UK, drawing distinctions primarily between the type of games prevalent on consoles and PC as opposed to mobile. It does go in-depth on the exclusivity issue, and Microsoft's recent acquisition of Zenimax comes up as a bit of a red flag: in particular, the fact that Bethesda's Starfield is not going to be on PlayStation.

Analysing the potential for Microsoft “using ABK’s content to foreclose rivals”, the CMA goes on to note that “Microsoft has followed this approach in several past acquisitions of gaming studios, where it made future game releases from those studios exclusive in consoles to Xbox (such as the upcoming Starfield and, based on Microsoft’s public statements, Elder Scrolls VI from Bethesda, a studio Microsoft acquired as part of its USD 7.5 billion acquisition of ZeniMax in 2021).”

The CMA is especially concerned about the deal's impact on Sony, which it believes to be the closest competitor to Microsoft in terms of content, target audience, and console offerings. It notes drily that Nintendo focuses more on innovative ways of playing “and does not currently offer any Call of Duty games on the Nintendo Switch.”

Activision Blizzard CEO Bobby Kotick addressed the CMA's decision in an open letter to the company's employees and investors:

“As we said from the outset, this is a long process. With the number of government approvals required, we still believe the deal is most likely to close in Microsoft’s fiscal year ending June of next year. We are fortunate to have already received approvals from a couple of countries, and the process with all of the regulators is generally moving along as we expected,” writes Kotick.

“This week we heard from the United Kingdom, where we have more employees than anywhere except North America. We have entered the second phase of our review there, and we will continue to fully cooperate with the regulators there, and everywhere approvals are required.”

Microsoft's Phil Spencer also had an open letter ready to go, which of course addressed the Call of Duty issue upfront: “We will pursue a principled path,” writes Spencer. “We’ve heard that this deal might take franchises like Call of Duty away from the places where people currently play them. That’s why, as we’ve said before, we are committed to making the same version of Call of Duty available on PlayStation on the same day the game launches elsewhere.”

“We will continue to engage with regulators with a spirit of transparency and openness as they review this acquisition. We respect and welcome the hard questions that are being asked. The gaming industry today is robust and dynamic. Industry leaders, including Tencent and Sony, continue to expand their deep and extensive libraries of games as well as other entertainment brands and franchises, which are enjoyed by players everywhere.”

That's an interesting reminder that, even should this acquisition go through, Microsoft still won't be as big as Tencent. But it doesn't seem like this decision has Microsoft or Activision Blizzard unduly worried. The CMA is being more aggressive than one would perhaps expect, but the areas it's identified can be (and are already being) addressed by the suits. If Microsoft has to put a promise about Call of Duty in writing to get this deal through, then it will certainly do so.

The CMA will announce next week whether the Phase 2 investigation will proceed, or whether it's been given sufficient assurances about its concerns.

Activision Blizzard's shareholders have long since approved the deal, but due to its sheer size it's attracting regulatory attention worldwide. The US Federal Trade Commission is among those looking into it, though for what it's worth, we spoke to a lawyer who generally leaned towards the deal eventually being waved through. 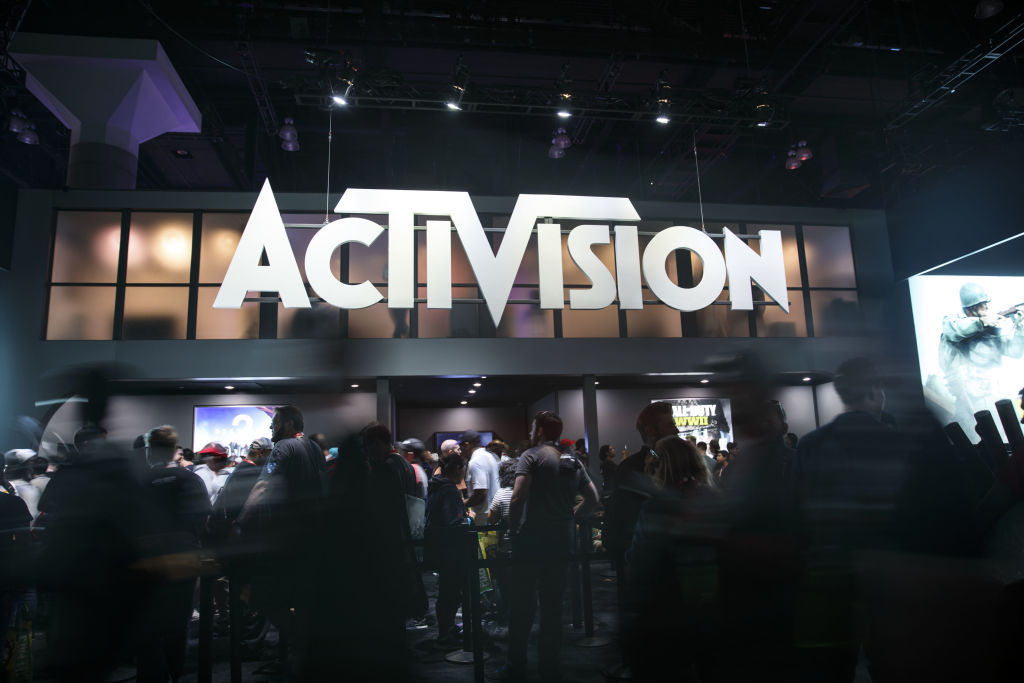 How to get inside the Cuddle Team Leader head in Fortnite

Enough with the Cities: Skylines DLC, give us a sequel already