massacred over a thousand people, according to reporting by the BBC and other outlets covering the war.

“We woke up in the morning and heard explosions. They killed a lot of people on the streets that were trying to find food,” Nikita says. “People were trapped in the city for about two to three weeks without food, water and electricity. They eventually got evacuated, but it was horrible and a lot of them suffer from PTSD now.”

Nikita, 21, and his four family members escaped Bucha (which is about 30 km west of the capital city of Kyiv) by car and drove for the Polish border on the first day of the attack. They took alternative roads to avoid running into Russian forces. “I almost passed out because of the stress,” he said. Left behind was his gaming PC with a freshly unlocked copy of Elden Ring.

Several of Nikita's friends stayed behind as the city was destroyed. They told him that soldiers shot the locks off doors and broke into their homes. The house Nikita left had an armored door, and he says he told his friends who remained in the city where he hid a key so they could get inside and use the food and supplies that were left behind.

At the end of March, Bucha was liberated from Russian forces, but Nikita, and many of the millions of other Ukrainians who fled their homes, still don't believe it's safe enough to return with the war still unfolding.

Ten days after his escape, Nikita restarted his work as a 3D artist making VTuber models (articulate avatars used in place of a webcam) for streamers. He spent the last five months working on a flimsy laptop borrowed from his sister to make models at around $200 each. He said it “wasn't a big dream, but something to focus on” as he and his family jumped from hotel to hotel before they found a house in Warsaw.

Nikita has been playing games on PC for around 14 years, and though he's primarily an FPS player, the Dark Souls games stuck with him.

“I was in school when I saw Dark Souls 1 being played by my favorite YouTuber,” he said. “I was afraid to even touch it, but I downloaded it eventually and it got me hooked. I played all [the Souls games] except for console ones because I don't own a console. Dark Souls 1 and 2 are my favorite ones. Sekiro was very cool too, but I'm more into dark fantasy.”

When FromSoftware announced its open world version of Dark Souls with Elden Ring, he sought out every detail, leak, and trailer it released. “I just love dark fantasy and that game seemed like a dream for me,” he said.

Nikita tried to play Elden Ring on his sister's laptop, but it wouldn't make it past the main menu, so he waited until he could afford a gaming PC. Meanwhile, Elden Ring was gripping all of gaming culture in a way that few game launches do. It seemed like everyone was playing it and sharing memes, discoveries, and glitches, and even non-players heard tales like that of the game's legendary folk hero “Let Me Solo Her.”

FromSoftware's enigmatic action RPGs, especially the Souls games, are filled with secrets, and wringing those secrets out is a communal experience. Part of the joy of playing them is sharing discoveries online, and seeing what others have discovered.

Nikita missed out on the height of that community activity around Elden Ring, but he was determined to make his first playthrough a fresh experience. He kept social media closed and, despite his love of streamers, avoided watching anyone that played Elden Ring. “It frustrated me because everyone was having fun and I couldn't join the party,” he said.

During those first few months in Poland, Nikita still hoped he could go back home and pick up from where he left off.

“I wanted to play games, work and go to the gym,” he said. “I had to face reality, that I will most likely not come home any time soon. I had a job online which helped me stay afloat and mentally stable, because I could focus on something instead of thinking about war everyday.”

Nikita continued to make VTuber models, wrestling with frequent crashes on his borrowed laptop, and saved $3,800 with which to build a PC that would make his 3D work easier and play Elden Ring much better than the rig he left behind. The new PC has an Nvidia RTX 3080 Ti, a Core i7 12700k, and 32GB of memory wrapped up in a bright orange case.

“I went for a smaller case, the [Cooler Master] NR200 one, so I can transport the PC in the bag or something later when I go back to Ukraine,” Nikita said.

He posted the news on the Elden Ring subreddit (the post has since been categorized as “low effort content” and removed) and it quickly blew up. “Rise, Tarnished,” several of the commenters cheered as Nikita prepared to take his first steps into the Lands Between. Some sympathized with his experience and expressed solidarity for Ukrainians.

FromSoftware fans are always ecstatic to live vicariously through anyone playing a FromSoftware game for the first time—to see someone else's perspective on a game they love—and Nikita's story is pretty exceptional as far as stories about avoiding spoilers to experience a game fresh go. Despite that, Nikita said he didn't expect such a strong reaction to his post.

The Elden Ring community is “one of the most friendly ones out there,” he said. And despite everything, returning to the hobby he loves feels like a return to normalcy.

“I had to move like five to six times [during the] spring and I was very stressed because of that,” said Nikita. “Now I do what feels most comfy for me and it's sitting home and drawing VTubers and gaming in between. Life is back to normal besides me living in completely another country.”

Nikita has already started exploring Elden Ring's sprawling opening region, Limgrave. He said the patrolling Tree Sentinel and his armored horse killed him enough times that he decided to veer off from the main path toward Stormveil Castle. He's enjoying the game, but says it's hard not to feel a little sad given everything he went through.

“It feels nice being back doing what I like, it doesn't matter if I do it at home or somewhere else,” he told me. He will return to Ukraine in the future, he said, “even if it's gonna be in 10 years.”

Nikita chose to play as a Wretch, a class in the game that comes equipped with nothing but the cloth wrapped around their body. I asked him if he intentionally started as a Tarnished who is implied to have lost everything before they woke up in the Lands Between. He said he didn't; he just wanted to keep his options open for any weapons or armor he finds during his journey. 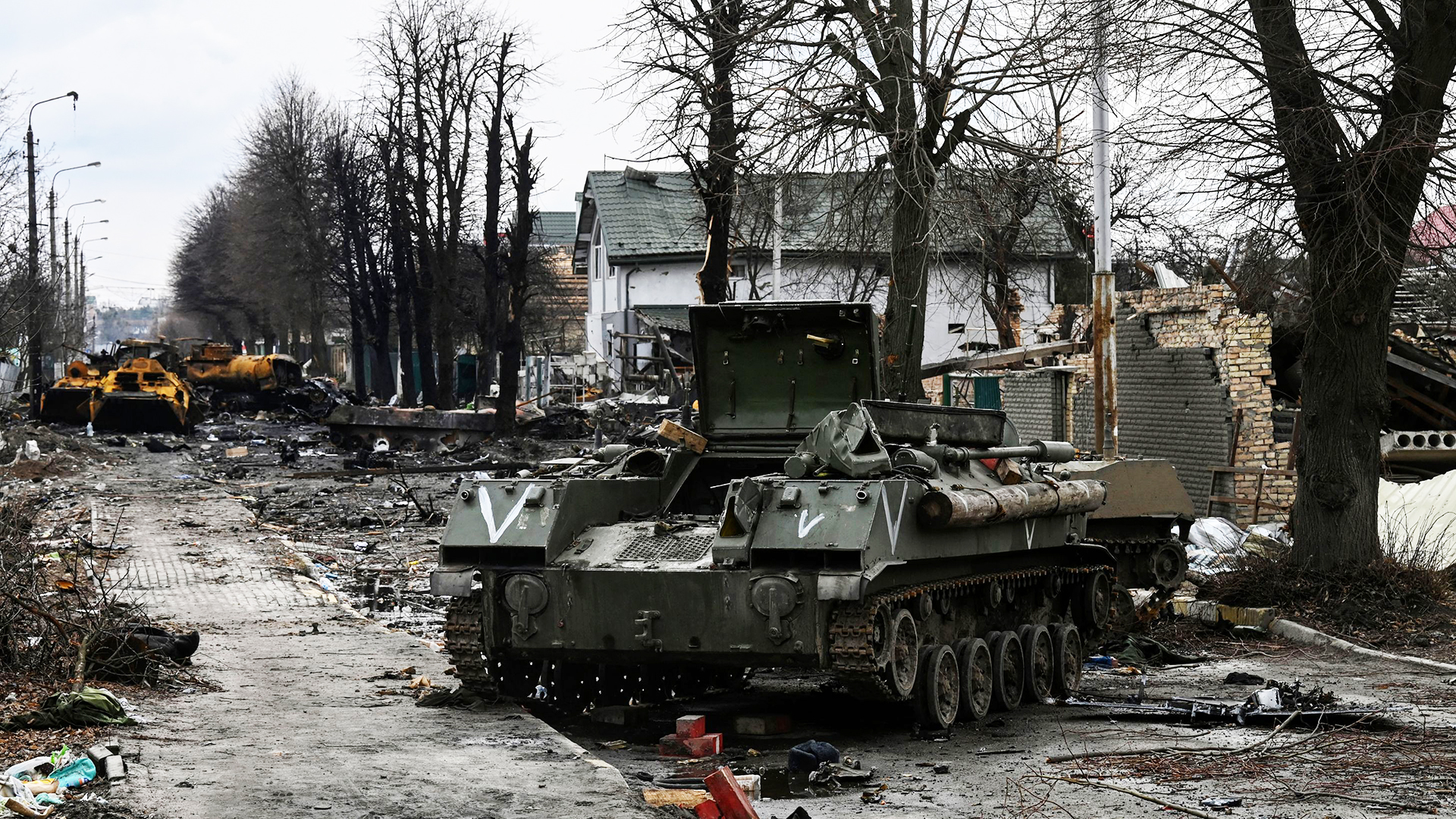