YouTube. He started out by taking his two favorite building types from the videogame, the tall plasma generator and the wide stronghold, and making cardboard mockups to help establish scale. As an amateur voxel artist, I sympathize with how much trouble scale calculations are, to say nothing of having to adhere to Warhammer rules. Jay was forced to pretty much throw out most of his calculations since the videogame works on a different scale than the tabletop version, where height, width, and length can make or break plenty of terrain-focused strategies.

Using 3D modelings software like Vectorworks and Blender, and later a 3D printer, Jay was able to not just model the Dawn of War terrain, but also add plenty of artificial damage to each surface, further selling his idea that his fictional battlefield had seen generations of warfare between the Imperium of Man and the orks.

As you'd expect of professional Warhammer 40,000 painters, Jay committed roughly 25 hours towards painting and further detailing each piece of terrain. Dawn of War's plasma generators each got a healthy blue glow thanks to some interior spray paint, and even the exterior lights on the stronghold got a dash of putrid green spray to look like they're illuminated.

Best of all, Eons of Battle has made some of the models available for free, and others for Patreon subscribers. You can download the plasma generator model for free here, and all the other bits on their Patreon. 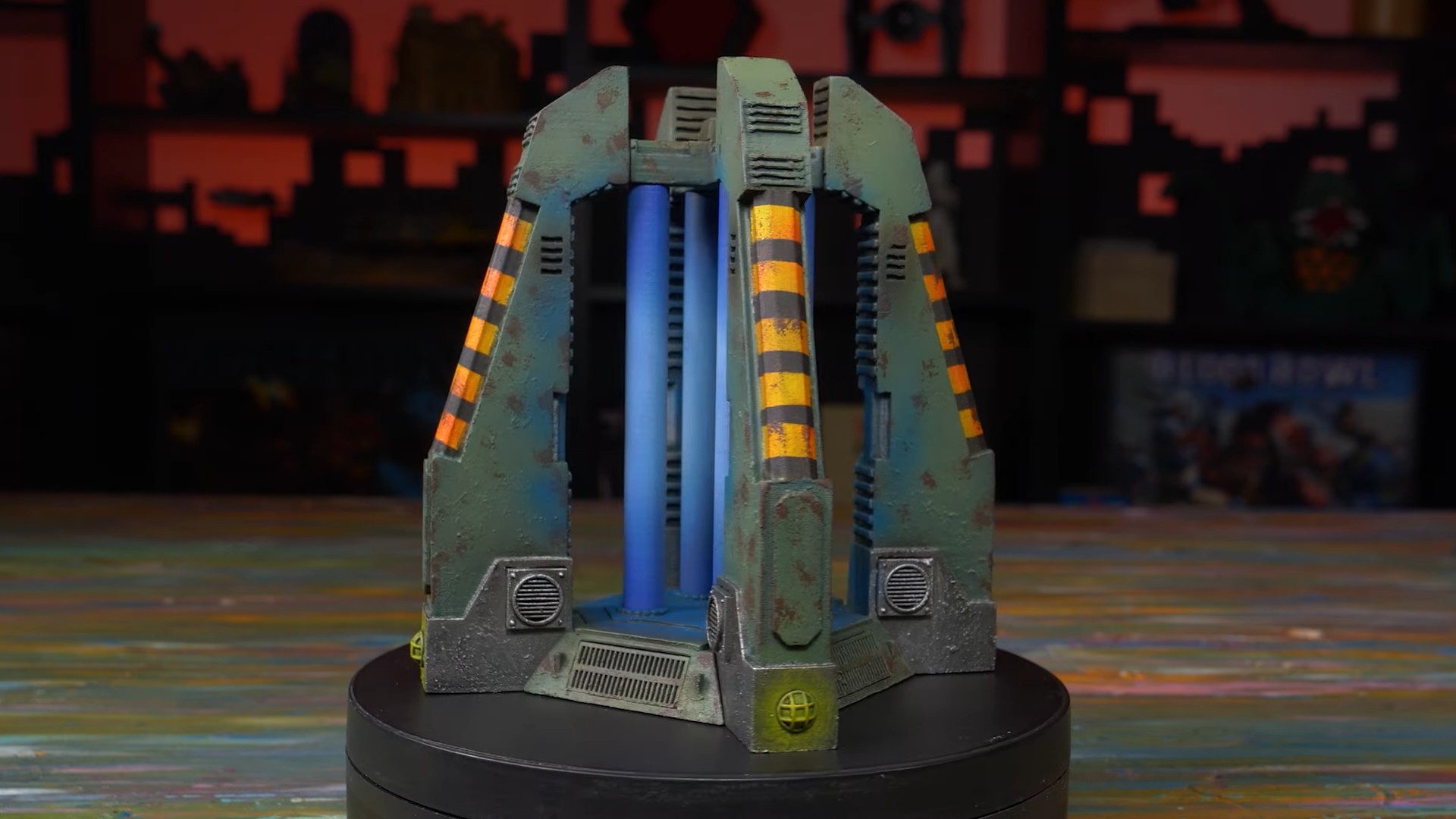