What not-E3 is like: LA heat, unlimited popcorn, and not quite enough games

not-E3: there are no lines. Geoff Keighley's Summer Game Fest “Play Days” event doesn't look or feel much like the sprawling expo we used to attend at the Los Angeles Convention Center, but after three years, it's nice to be back at a summer game event of some kind. “E3” this year is basically just one big (but not that big) room full of demo stations, and if you step three feet outside you're immediately immolated by the LA sun.

Can Geoff Keighley actually pull off a replacement for E3 all by himself, though? This event seems like an attempt to answer that question.

Wes Fenlon, Senior Editor: For the last few years E3 seemed like it was in desperate survival mode—or in desperate profit mode, anyway—and trying to merge a press event and a public event led to compromises that disappointed both groups. People were paying a lot of money for very little to do when they'd be better off going to PAX. At the same time, I think this much smaller event is a good reminder of how much of E3 was exorbitant fluff, even for the press. Sony and Nintendo and Capcom and the rest would spend millions of dollars putting together these huge booths, but in the end we'd still just be shuffling into some rickety room separated by curtains to play a game on a 27-inch monitor. This event is way more practical.

Morgan Park, Staff Writer: I haven't tripped over a single taped-down power cord yet, so that’s a good sign.

Wes: As a chronic being-on-time worrier, I really appreciate that my next appointment here at Keigh3, a simple show floor of TV quads set up with couches facing each side, is literally no more than 30 seconds away. We booked appointments in advance and can wander around watching other folks play the same games in between demos.

Morgan: Totally. I spent two years at old E3 waiting in multi-hour lines to play a single 10-minute demo and there's thankfully none of that Disneyland experience here. Play Days is more like the side of E3 that the public never got to see—scheduled appointments to see games and talk to devs, now with no crowd to elbow through.

Wes and I have a handful of appointments each. Sometimes we get to play the game for 15-30 minutes, like I did with the Outriders Worldslayer expansion. In some cases we're just there to interview the devs, like with Nightingale, but most of the games aren't offering interviews. As for the big time gaps between, we can wander the show floor, say hi to friends, or eat a chicken bowl.

Wes: But is this little show really a replacement for E3, which for years was the event for big game announcements? The whole thing is smaller than a Microsoft or Sony “booth” at E3 classic.

Morgan: A single E3 Sony booth could eat this entire venue. I can’t deny that not-E3 lacks the pomp and circumstance of years past. Most of the games here are pretty small and the most recognizable publishers didn’t make an appearance. Who did show up?

Wes: Here's what I'm really wondering: Is Play Days this small because the major publishers just don't have much to show this year, after so many pandemic delays? Or is it small because those publishers decided they didn't need to join Geoff's party when they can get all the eyeballs they need with livestreams?

Morgan: I do get the sense that the ship has sailed for the biggest names: EA, Sony, and Microsoft believe they're big enough to do their own thing. But this also feels like a weird year for Geoff to give this a shot. Every big game on the docket is still far away or about to get delayed. All Sony has to talk about right now is The Last of Us remake. Microsoft has its own stream, but it's not holding any hands-on event that I'm aware of.

Wes: I like the size of this event, but on the whole I don't think it's an effective showcase for most of the games here. Many of our demos have been, like, 15 minutes long, and so limited that there really isn't much to say about them. That certainly happened at old E3, too, but I think the scale of the expo meant there were always a few games with more in-depth first looks that felt genuinely exciting. Dark Souls 3 and Cyberpunk 2077 come to mind.

Morgan: Yeah, there is only one big “demo to see” here, and that's Warhammer 40K: Darktide, which actually rented a separate room around the corner to fit eight gaming PCs for co-op sessions. There's also Sonic Frontiers, which we already have lots of thoughts about.

Wes: Street Fighter 6 is good as hell, though, and I got to spend about 45 minutes with it. Having the first hands-on here is a big deal for Keigh3. I think that's my takeaway from an intimate event like this: If you're not trying to compete with E3 for wow factor, the demos themselves need to be more substantial. I think Play Days is a letdown by that metric, but maybe that's just where we're at after 2.5 years of Covid.

Morgan: But they have unlimited popcorn, Wes.

Wes Fenlon: Why didn't I bring a suitcase to fill entirely with popcorn? I never plan ahead for these things.

But okay, looking ahead to next year: the ESA says E3 is coming back in person, for reals. At the end of his show Geoff Keighley also said Summer Game Fest would be an in-person event in 2023. Are Keighley and the ESA going to have a High Noon shootout next year?

Morgan: If this year was any indication, there aren't enough games to share. A weird double E3 split between the LA Convention Center and Geoff's cool hangout pad would be barren on both sides. Someone has to cave, right?

Wes: Maybe so, or maybe E3 tries to fully transform itself into a public event. The worst thing about the proliferation of livestreams over the last three years is we end up seeing the same games appearing on like, four different streams, showing 10 seconds of new footage each time. It's exhausting and, frankly, boring. I really hope we don't see the same splintering happen with in-person events, too.

Play Days really made me think about who those giant E3 booths were for, though, and I'm reminded that it wasn't the press. They were big and flashy to put on a show for investors and COOs and GameStop managers and whoever the hell wants a swag bag with a Call of Duty: Ghosts poster in it. Play Days is just right for a press event: none of the bullshit, just games. Next year's demos just really need to give us more to dig into.

Morgan: I'd be lying if I told you I didn't miss the bullshit. Just a little. For all the fluff of E3, the centralization of it meant you could still get meaningful stories out of it, as press. Having 75% of the gaming industry collected in one location made that possible. Play Days is more sanitized. It's almost too perfect. 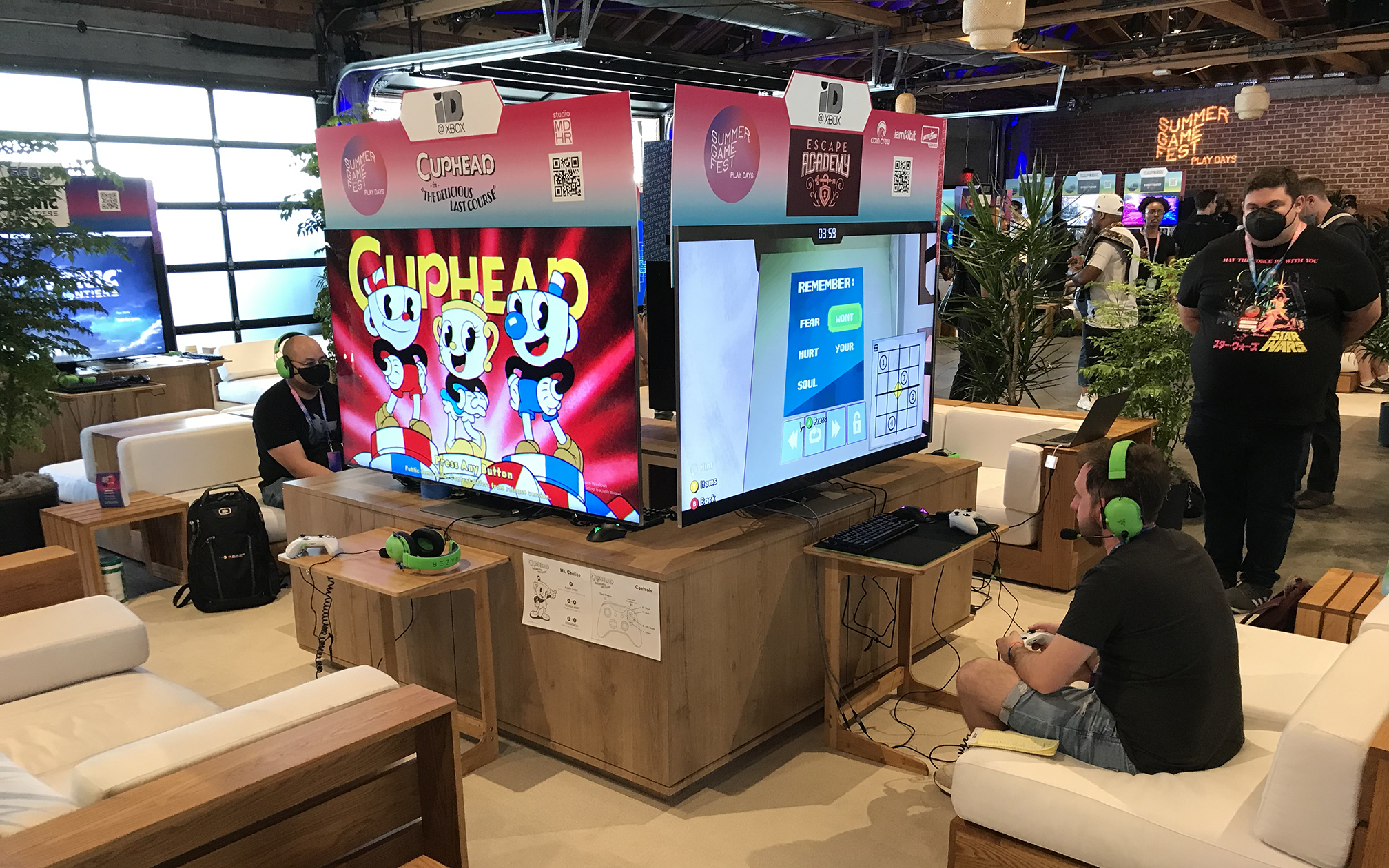 Orx is Carcassonne crossed with They Are Billions