What we learned, and what we didn’t, from the GTA 6 leak

an hour of footage from Grand Theft Auto 6 was leaked onto the internet. Most of the videos, some 90 different clips, are just a few seconds long and show early development footage and game testing in debug mode, though a few longer sequences show interior locations and some character dialogue. Rockstar has confirmed the footage is genuine and that it was the result of a “network intrusion” by a hacker, rather than an internal leak.

Rockstar's parent company Take-Two Interactive has been issuing takedown notices for the footage, but with the internet being the internet, the clips keep springing back up as quickly as they're removed. While I've seen just about all of the footage, I won't be sharing a link to it or posting screenshots in this article. I'm just going to point out a few notable things I saw in the clips in case you don't want to dig around for them yourself.

And frankly, while the footage gives the answers to a few of the questions we've had for years, the clips appear to largely be made for the purposes of bug reports or animation tests. It's not like a reveal trailer leaked early or it's 90 minutes of uninterrupted gameplay: There are some interesting tidbits, but the footage doesn't really shed a lot of new light on the game or answer the biggest questions we have. Honestly, that's probably a good thing. We're definitely curious, but we don't want the whole dang thing spoiled before it comes out.

Here are a few interesting details we learned about GTA 6 from the leaks, along with the burning questions we still have.

Earlier this year rumors surfaced that GTA 6 would, for the first time in series history, feature a playable female protagonist. The leak appears to confirm this, as two playable characters are shown in the leaked footage, one male and one female. Named Lucia and Jason, they even complete a mission together while robbing a diner, with the player controlling Lucia. (That's not them pictured above, by the way, those are characters from GTA Online.)

Another clip shows the player switching between the two characters while they're both in a hotel room, with the swapping taking place just about instantaneously, rather than the method in GTA 5 where the camera lifts up into the sky before returning back down to ground level while character swapping.

Their ages are hard to guess, but they both look relatively young, most likely in their 20's. Jason appears to be Caucasian and Lucia, as rumored, may be Latina, though it's hard to say with any real certainty.

What we still don't know: While most of the footage shows either Lucia or Jason, we still know very little about them. We see them walking around, opening doors, using weapons and cover, and even throwing a few punches, but there are only a few scenes that are more extensive, like one where they walk through a nightclub or talk to another character.

Despite all this footage, we don't have any sense of who Lucia and Jason are as characters. We don't know their stories or histories, what their motives are, or much of anything else about them, including their relationship to one another. A “Bonnie and Clyde” romance seems likely (the diner robbery is reminiscent of Pumpkin and Honey Bunny from Pulp Fiction) but we genuinely still don't know. And after GTA 5 featured 3 characters, dropping back down to only two seems an unusual choice. Will there be more playable characters besides Lucia and Jason that simply weren't shown in the leak? We don't know that either.

GTA 6 is set in Vice City

This longtime rumor looks like it's finally, definitely been confirmed. One of the leaked clips shows a light rail car with “Vice City Metro” painted on the side as Jason walks onto the train and then exits it. In the original Grand Theft Auto: Vice City was a stand-in for Miami, so we're headed back to Florida for GTA 6.

It's not a big surprise: GTA games have reused locations like Liberty City, San Andreas, and Los Santos, stand-ins for New York, San Francisco, and Los Angeles, so the series was bound to return to its version of Miami eventually—we're now 20 years after our first visit.

What we still don't know: Apart from confirmation that Vice City is real, the footage doesn't show us all that much of it other than some mostly generic looking locations like city streets and a few building interiors. Only once is a small portion of the map shown, so we don't know how far outside of Vice City the world roams. A few more rural locations are shown, like what appears to be a trailer park, and in a few clips the characters are standing on a boat or swimming in the ocean. We also see an airboat, the kind that's used in the Florida Everglades, though in the footage it's just sitting on some concrete.

GTA 5 simulated a ton of the state outside of the city—suburbs, the sticks, and mountainous regions—so we expect GTA 6 to do the same, but how big and varied it really is remains a mystery.

With a return to Vice City, there was some speculation the game might also return to the decade the original Grand Theft Auto: Vice City took place in, the 1980s. But several clips from the leak show pedestrians holding smart phones, with one appearing to take a selfie.

Smartphones aren't exactly a new invention, but their inclusion does place the game in either the present or recent past: The iPhone first hit the market in 2007, and the phones shown in the footage look like iPhones rather than flip phones or earlier types of smartphones. A couple of apps are referenced in the footage, like LifeInvader (the parody of Facebook from GTA 5) and WhazUp, which seems to be a play on WhatsApp (the messaging app also owned by Facebook).

What we still don't know: We don't get a look at the smartphone interface itself, and what other apps it contains. There's been some speculation that GTA 6 would have some sort of in-game cryptocurrency, but we saw nothing to confirm that. In GTA 5 you can buy cars and real estate from your smartphone, as well as contact other characters, and it's pretty likely that will continue. But there's bound to be more activities you can do with your smartphone, we just don't know yet what they'll be.

GTA 6 may have some new stealth systems

In one short clip we see a character on the ground in the prone position. And they don't just lie there, they begin to crawl. Even more interesting, as the character crawls through a doorway they encounter a small box, and they push it aside with their hand to clear the way. It's pretty cool to see: In GTA 5 you can't go prone at all (unless you're using a mod).

And the fact that you can belly-crawl and even move objects out of the way while crawling could hint at some new stealth systems in GTA 6. I suspect most GTA players would prefer action instead of stealth, but it could be a novel addition to the series. I can already see these characters crawling through an air vent to sneak into a warehouse, a rite of passage for all video game protagonists.

What we still don't know: Well, it's just one tiny clip so we have no idea if expanded stealth will be in the game. It's pure speculation—this could just be a test, and as happens in game development, it could be changed or excluded in the full release. But if Jason and Lucia aren't master criminals like Michael, heists having more stealth options and the ability to crawl and wriggle unseen into restricted areas could be a nice change of pace. 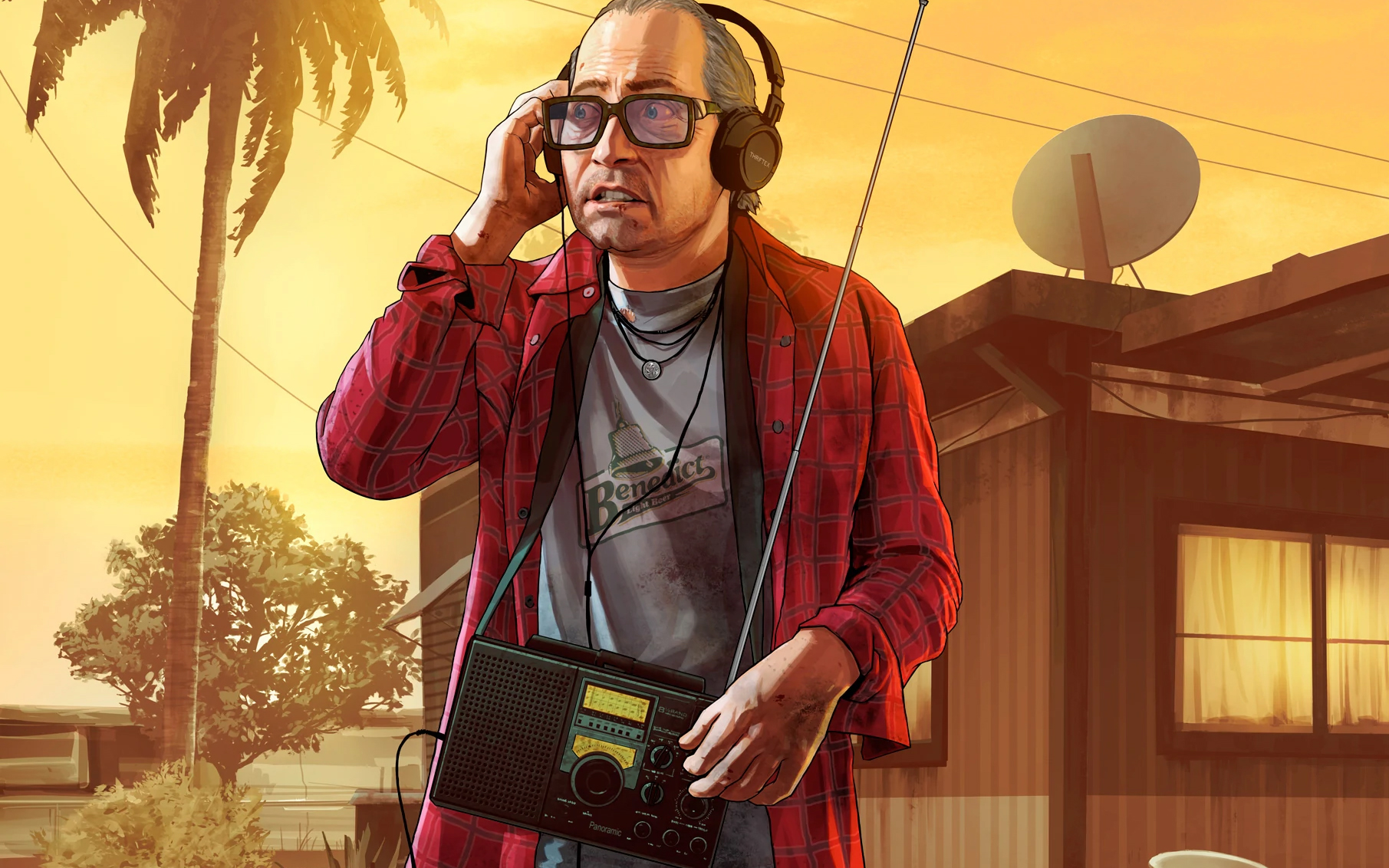 Crypto giveaway scam sites have tripled in a year