DJ Egg posted the following in the Winamp forum: ‘This is the culmination of 4 years' work since the 5.8 release. Two dev teams, and a pandemic-induced hiatus period in-between. To the end-user, it might not seem like there's a whole heap of changes, but the largest and hardest part was actually migrating the entire project from VS2008 to VS2019 and getting it all to build successfully. The groundwork has now been laid, and now we can concentrate more on features.’

Judging by that, It appears as though there is some work to be done. There are known issues, including problems with the Milkdrop visualization feature and older plugins. Some of these should be relatively simple fixes to older .dll files. Other bugs are sure to be revealed as users get to testing.

Winamp holds a place in many PC user’s hearts. Before the days of streaming services, the MP3 was king. It wasn’t too hard to rip CDs and encode them to MP3. One of the things I loved was its support for lossless codecs including APE and FLAC, which weren’t widely supported back in the 2000s.

Who can forget the infamous Napster and other similar pirating tools such as Kazaa, Limewire and eMule? It made acquiring (cough) MP3s ridiculously easy, and Winamp was arguably the best player out there.

I loved its simple interface, playlist management and particularly the visualizations. For so many years, I didn’t feel the need to upgrade my media player, though eventually VLC and Media Player Classic took over my PC, due to their superior video capabilities.

I for one am very happy to see that Winamp is back in active development. Now if you’ll excuse me, I’m off to grab hold of this new version. I’m in the mood for some nostalgic llama ass whipping. 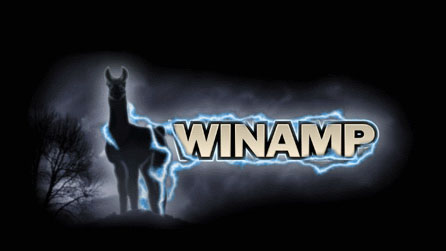