One of the most anticipated releases of the year has finally arrived with World of Warcraft: Wrath of the Lich King Classic. We’ve already taken out a Lady, handed a set-back to a Prince, set time straight, and proven we were prepared by banishing the Legion. Now it’s time to show a King that they don’t rule forever.

Consider this leveling guide your cheat sheet to reach level 80 quickly in the new Wrath Classic expansion. It doesn’t just apply to Northrend—a lot of these tips can also be used when leveling a fresh character from level one. You'll also find it useful if you created a Death Knight, the new hero class introduced in Wrath Classic, and are looking to level them up from 55 to 80.

If you're ready to start exploring Northrend, or want some general tips for lower-level characters, this Wrath Classic leveling guide will set you on the right path.

It’s very easy to get caught up in the excitement of the new quests, dungeons and other activities that Wrath Classic has in store for you, but take a moment to think about what you need to do in Outland to get yourself ready. Filling up on buff-activating food, potions, elixirs, bandages and scrolls can make your journey through Northrend much easier.

Preparation doesn’t just extend to your character though, so make sure you’re prepared for the inevitable queues that some of the larger servers will have by logging on early during the day if you can.

Unlike Burning Crusade Classic, Wrath Classic gives you two locations where you can begin your journey into Northrend. Both Howling Fjord and Borean Tundra are open to Horde and Alliance with breadcrumb quests available to both, so it's down to personal preference which you choose. Everyone in the community has their own favourite—fellow Howling Fjord enjoyer here—but if one zone isn’t quite your thing, then you can switch to the other area without too much hassle.

It's worth noting that if you’re looking for a faster leveling experience then Borean Tundra should be your starting choice. If you want a more cinematic and story-driven opener to Wrath Classic, then Howling Fjord is perfect for you.

As with both the original WoW Classic and Burning Crusade Classic, questing is your best option when it comes to leveling in Wrath Classic. With all new questing areas, rewards, and faction reputations available, going through the quests in each zone will net you substantial XP gain while also increasing your character's power ready for endgame content once you hit max level.

If your main focus is speed, however, don't forget to keep an eye on zone levels. If you out-level a particular area, you won't get gain as much XP from questing or killing mobs there. Just be aware you won't get the additional rewards for finishing the main quests in a zone if you skip out early.

Questing isn’t the only option for people looking to reach level 80 quickly. If you’re focusing on pure speed and have a group of friends at the ready, then constantly running nothing but dungeons can be a faster alternative, providing you can keep up a good pace. It’s a very effective form of leveling but it only really works if you have four other friends all prepared to put the time and effort into leveling via dungeon runs.

If you have no interest in grouping up with folks to grind through dungeons until you reach level 80, it's still worth being on the lookout for groups doing elite quests or dungeon quests. The rewards from completing these are generally much better than the ones from regular questing, netting you more XP and better gear. More importantly. though, it also means you can make friends on your way to level 80 and even help folks that might be struggling out in the frosty lands of Northrend.

One of the easiest ways to fall behind when you’re leveling is the downtime between quests. Whether it be waiting for respawns of a specific mob or searching for items in an area, if you find yourself idle, don’t stand around or wander aimlessly as this will cost you time that could be used to earn more XP.

If you’re waiting for that specific mob to respawn or trying to figure out where an item is, kill any other mobs in the area whilst you wait. It might not give you the most XP but it will keep you ticking over and will quickly add up over multiple quests. You also might get very lucky with a piece of rare gear dropping for you.

If you’re in a new area, remember to set your Hearthstone at an inn so you can get back there quickly. This can save you a large amount of time if you have a number of quests to hand in at a hub. Also, if you need to log out, pay attention to where you are. Be sure you’re at an inn so you gain rested XP—even if it’s for only 15 minutes—and have quests nearby so you can get back into the leveling action when you log back in.

Take to the skies

One of the big changes in Wrath Classic is how quickly you can use your flying mount in Northrend. To access the majority of the final two zones—Storm Peaks and Icecrown—you need to be able to take to the skies—to achieve this, you need to buy Cold Weather Flying once you hit level 77. Make sure you've already learned Expert Riding then head to one of the three following trainers:

Cold Weather Flying will cost you 1000 gold, so be sure to save as you make your way to the later levels of your Northrend journey. One added benefit is that once you have bought this once on a character, it unlocks the Cold Weather Flying tome that can be sent to alts as low as level 68, enabling them to fly in Northrend immediately.

While it is incredibly exciting that Wrath Classic has finally arrived, it’s going to be here for a relatively long time. The first raid of Wrath Classic, Naxxramas, won't be available until October 6, so there’s plenty of time to get your character ready to take on Kel’Thuzad in the Dread Fortress. In short, make sure you’re taking time to keep your body moving and take some time away from the screen. 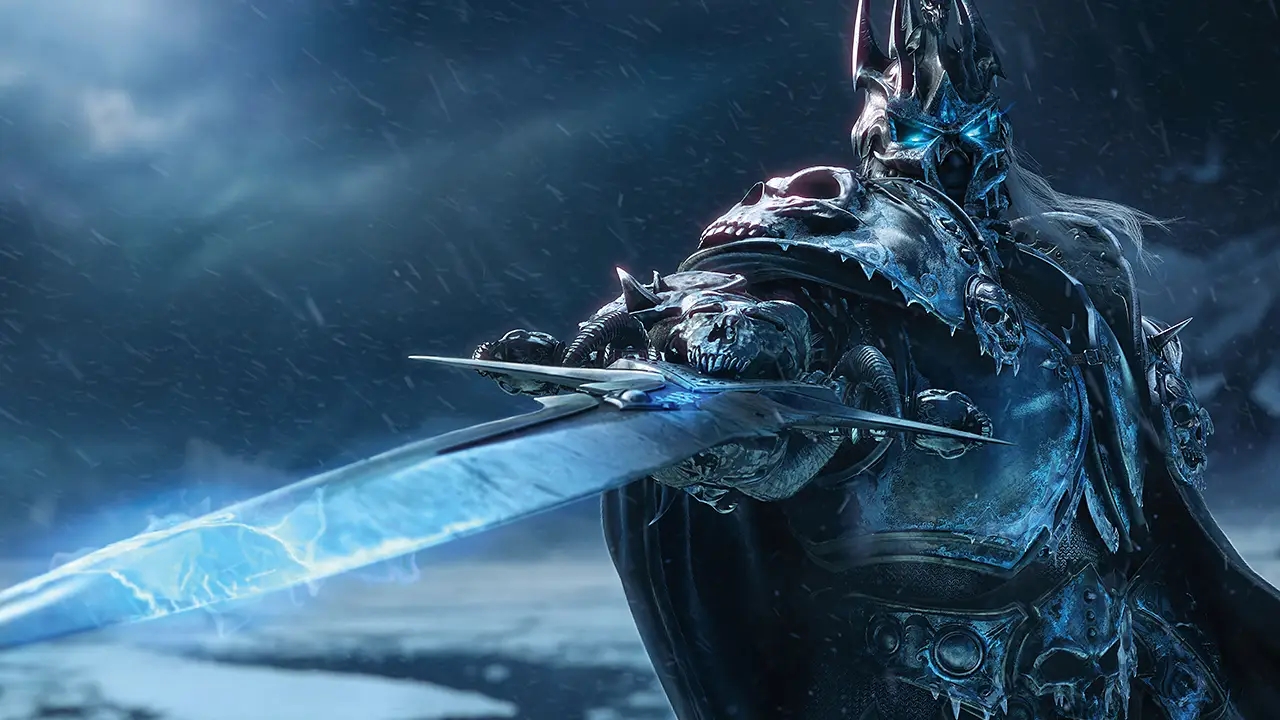