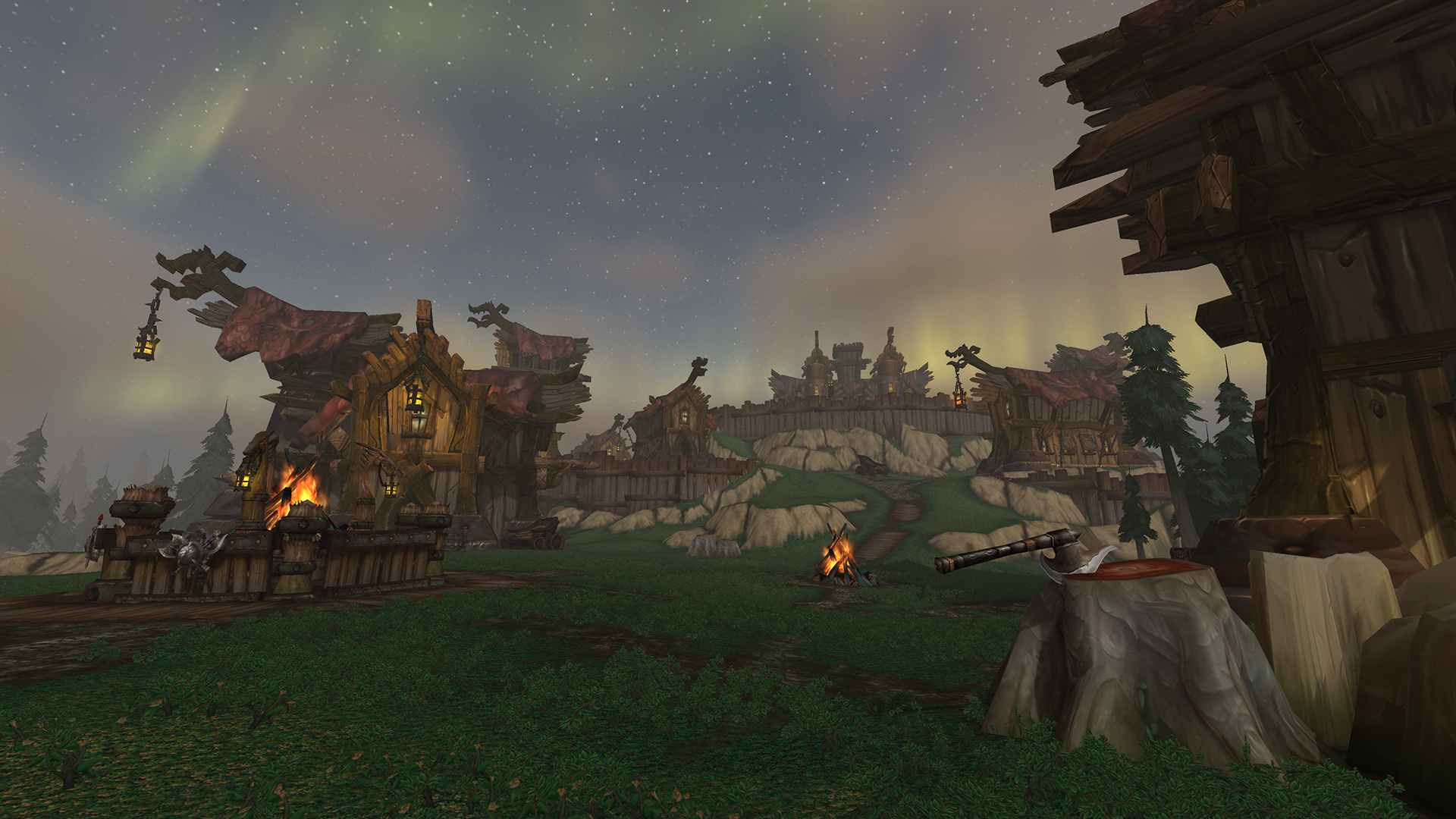 this was WoW's greatest era. But the expansion also introduced some features, most notably the 'Looking For Group' option, which have long been blamed for WoW losing that early sense of community (rightly or wrongly).

In other words, some see WotLK as WoW's golden age. And others see it as the moment when WoW began to change from something they loved into more of a randoms' theme park, culminating in the game-changing and incredibly divisive Cataclysm expansion. Which really couldn't have a better name.

This is the tension that Blizzard currently faces with WoW Classic and Wrath of the Lich King. Players want it, but it's debatable whether they want all of it.

The developer is trying to thread the needle of keeping WotLK as what it was, while also tweaking the things it (maybe) got wrong first time. The 'Looking For Group' option, for example, is gone. And that's just the start: Blizzard's stated philosophy with WoW Classic has been “#NoChanges”. Now it's “#SomeChanges”.

“When World of Warcraft Classic first launched, it followed a very strict design pillar: #NoChanges,” says a Blizzard blogpost. “At Blizzard, we faithfully recreated World of Warcraft as it existed in 2006, with as few changes as possible, while still making it able to run in the more modern environment of 2019. But World of Warcraft didn’t stop in 2006. It continued to evolve and change over the years.

“[…] However, as we re-release these expansions, we find the design pillar #NoChanges isn’t sufficient anymore. With World of Warcraft’s expansions came design changes to the game, and some of those changes were not consistent with the way Classic World of Warcraft felt […] Where should the evolution of the game stop, if we want to retain that Classic feel even while releasing new content?”

Thus, WoW Classic now has 'design pillars' for #SomeChanges. Yes the hashtag is annoying. The first is to “Nurture and protect social experiences”, which the blogpost gets rather into the weeds on. “Repeat serendipitous interactions” are important, meaning that ideally you will bump into the same people multiple times in different ways, and in a positive manner. Essentially the game's social tools are going to be focused on making the world feel more like a town, and less like an airport terminal.

Another pillar is “Approachable and Familiar”, which boils down to keeping things feeling the way they were but streamlining overly complex systems. The example given is WotLK's Emblem system “which became needlessly complex and confusing” even if it was beloved by many. The way raid loot works is now basically simpler: “We’re hoping a few small changes there can make the system more approachable for everyone, but still fill the cherished role it served in the original Wrath of the Lich King.

The third and final principle Blizzard outlines is that “The World is the Main Character”, which is a cue to go off on one about player exploration and creating your own stories. Which is completely fine, because it's true, but what the studio has to say about it is mostly fuzzy verbiage.

There are, however, some concrete examples of the changes being made: to itemisation in particular. Blizzard lists its four goals and the principles they serve as follows:

Blizzard goes on to detail some ideas it's thinking about but hasn't yet implemented, “such as 10-player and 25-player raids dropping the same items, Heroic dungeons getting improved drops, or increasing the starting difficulty of Heroic dungeons.” One change it has made is to make Naxxramas a bit tougher, because the studio reckons it ended up easier than intended.

Heroic dungeons are also getting a rework in loot and difficulty, in order that they stay attractive to players for longer: These quickly became embarrassingly easy in OG Wrath time. Blizzard says it may also add new challenges to the dungeons to help out with this, and suitable rewards.

Finally the developer reassures players that, whatever changes are made, “we will ensure all WotLK raid and dungeon items can still be acquired, as well as their unique art.”

The blogpost ends with a re-iteration of the three WoW Classic design pillars, though really the take-home message is that this is when WoW Classic begins to seriously diverge from OG WoW. This was always the big question with the whole project: Does it just follow the original game's history exactly, or do Blizzard make 'improvements' with hindsight?

We're on the latter path. Wrath of the Lich King will definitely see renewed interest in WoW Classic: if you ask me, the game was never better than during the return of Arthas. Blizzard hasn't yet dated the expansion but it's due this year, and here's everything we know about how the studio is bringing back one of WoW's greatest eras. 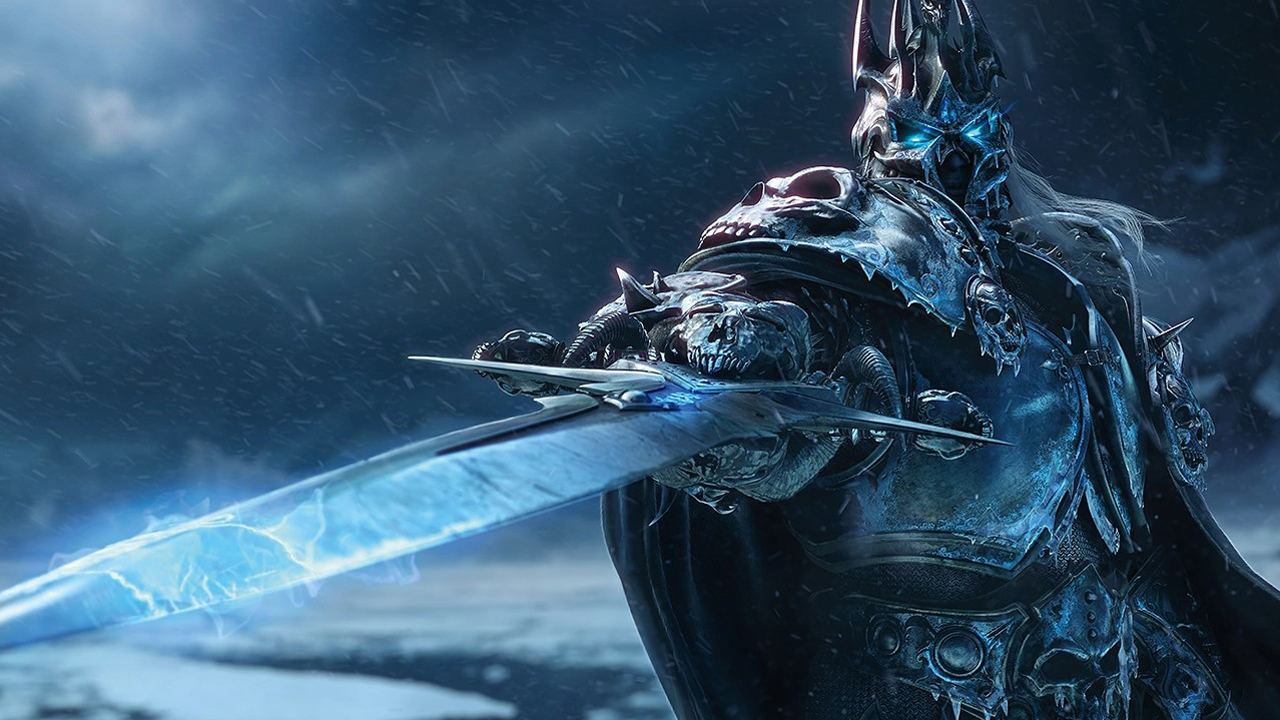