the official website, it is “a 1:1 scale recreation of the real store Ericirno worked at.” As a former service worker myself, I really connect with the incongruous sense of nostalgia for a place where you mostly got treated like crap.

You can also visit a jumbo-sized Super Kmart, as well as a Kmart Express and an enticing, “alternate timeline” sort of Punished “Venom” Kmart. I've never played VRChat before, just watched those funny videos of other people getting into verbal altercations with Master Chief, so I boomered my way through getting the game working and accidentally started with the Super Kmart location.

Right away, the je ne sais quoi of a department store parking lot in the 'burbs hits me like a haymaker. The team's updated it to be “Christmas in July” at both locations I visited, and I love the full send. I'm not sure how often a quorum of the VRChat Kmart Discord gets together for a full roleplaying session, but I arrive at an off hour, so the place is pretty dead. The only other souls around are someone with an avatar of Lucario from Pokémon, some kind of anime waif, and a large black and red furry-type creature. The first two seem to be friends.

The Super Kmart has a lot of those photo-based textures you used to see back in the day, especially on the Source Engine. Indeed, the whole thing has the exacting attention to detail and weird sense of lonely desolation you get from the best Source maps⁠—I'm thinking about being all alone on an empty instance of cs_office stabbing the “Beefy” computers to see the components inside, or making my own fun on Garry's Mod default map Flatgrass.

I wander around for a bit, soaking up the ambience. I'm a big fan of the videogame section, which goes all-in on late 2000s console kitsch. There's hits like Mass Effect 2 and Pokémon Pearl, but the standout is the Playstation Move light gun “Full Deployment” edition of SOCOM 4⁠ on the shelf—some pure, distilled late aughts gaming obscura right there.

I poke around some more⁠, tickled by every new detail. You've got a food court featuring the hands-down best national chain pizza place, Little Caesars, an extensive warehouse area and offices in the back, clothing and grocery sections, and a fantastic parody of the gun counters you see at rural and suburban American department stores. This one's got AKs, Uzis, rocket launchers, and a couple of gatling guns.

Before leaving, I approach Lucario and the anime waif to ask them why they came to VRChat Kmart. “Kmart,” the waif says.

“Kmart,” echoes Lucario. They both laugh.

Next up I load into the original Kmart location. It's got even more solid decorating and texture work, as well as authentic-sounding loudspeaker announcements punctuating some fun Christmas in July music. What really catches my eye is a selection of portals out front. They lead to the other Kmart locations, but also a creation by another group on Discord: the Waffle House on the Moon. As much as I want to see the Hell Kmart, I can't say no to the Waffle House on the Moon.

It is, indeed, a Waffle House on the Moon, and it is wonderful. With no one else around, I take a seat in one of the booths and down a cup of coffee (I pick up the cup and hold it over my head so that the liquid spills down my face). I spy my sad, default, Minecraft Steve-ass avatar in the mirror and can't help but feel a bit of shame. I decide to ignore the neat little internet-connected jukebox and instead go around back where someone's implemented a little pool minigame. I play a game by myself, which is only one step above riding a seesaw by yourself, then do the only thing that feels right: run to the edge of the map and jump off, teleporting back to the starting point.

Waffle House on the Moon rocks, though I'm a little wary of the static model of a blindfolded anime lady chained up in the back of the restaurant next to some rolls of bills and a knife⁠. Not sure what that's about, but I find it to be in poor taste, and Waffle House should be a classy establishment.

These are some really sick maps to VRChat in. There's something so absurd and fun about seeing a defunct retail chain rendered in Unity and staffed by catgirls, or getting all Edward Hopper solo at a diner chain transplanted to space. I also gotta appreciate the talent here in terms of art, vision, and mechanical execution.

This is definitively a healthier expression of retail nostalgia than those yahoos trying to make a cryptocurrency out of RadioShack, and I recommend taking a look if you're curious. Go to the VRChat Kmart or the Waffle House on the Moon. Get laughed at by a catgirl. Get harassed by Detective Pikachu. Welcome to the metaverse. 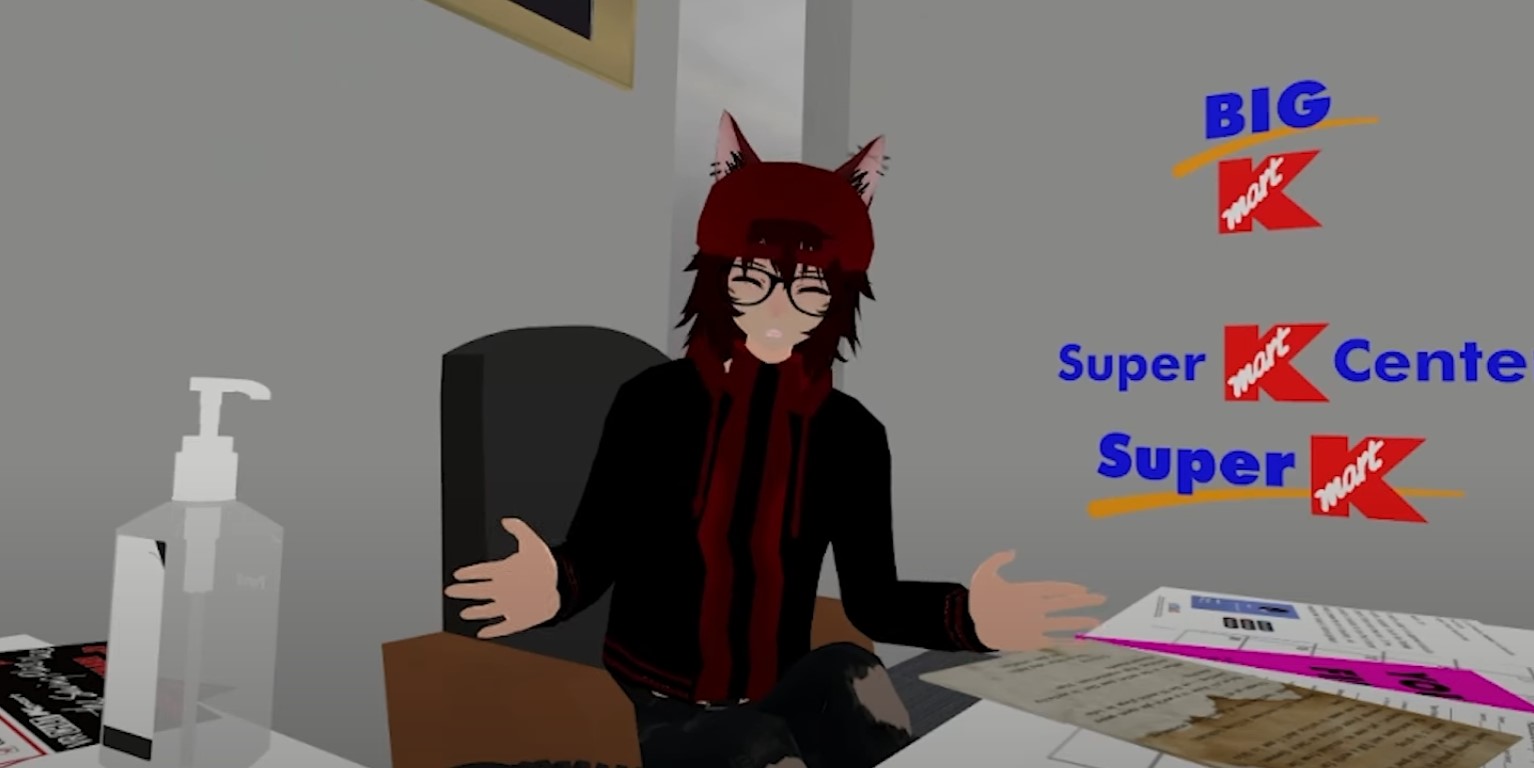 Ex-Zodiac could almost pass for a lost '90s Star Fox

You can use those sweet new Nintendo 64, NES, SNES, and Sega Genesis controllers on Steam now