high praise from PC Gamer for its ambition, artistic creativity, and detailed weapon and enemy animations, not to mention just how much fun it was to play. Over the years the game and the community of dedicated fans have continued to grow and now Tripwire is rewarding their dedication with the first big update of 2022 called Tidal Terror.

This mid-year update takes players to an entirely new location, smack-dab in the middle of the ocean. Not much escape to be found out here. If trying to survive wave after wave of mutant zeds wasn’t creepy enough, now you get to do it on an abandoned oil rig in the middle of the North Sea off the coast of Scotland.

The new update also includes an entirely new weekly game mode called Arsenal Ascent. There are no weapon spawns and all players start with a knife. Reminiscent of the game mode known as “Gun Game” in other games, players compete against other teams to rack up quick kills to unlock new weapons and upgrades while looking out for fast-spawning ammo and armor pickups to keep kill streaks alive. Once the final wave is defeated, the most powerful weapon is unlocked which can be helpful to defeat the final boss wave.

Speaking of weapons, there are four new ones included in Tidal Terror. Reducto Ray for the Survivalist Class, Sentinel for the Commando Class, HRG Crossboom for the Demolitionist Class and HRG Head Hunter for the Sharpshooter class. The Reducto Tray and Sentinel are part of the paid DLC which includes five weapon skins for both weapons. The Head Hunter and Crossboom are included for free with one default skin for each.

And speaking of skins, there are some new cosmetic options included as well. As befitting the new map, players can scramble around the rig in an old style deep sea exploration suit and there’s a weapons skin pack to match along with three other new weapon skin packs: Neon MK VIII, Classic, and Chameleon.

Whether you’re new to Killing Floor 2 or a veteran zed-slayer hungry for some new content, the Tidal Terror update has something for everyone. If you’re ready to dive into one of the funnest, most uniquely gore-infested wave-based shooters around, check out the game on Steam, Epic Games, Xbox, and PlayStation (US, EU). The new update is available now, so get to shootin’. 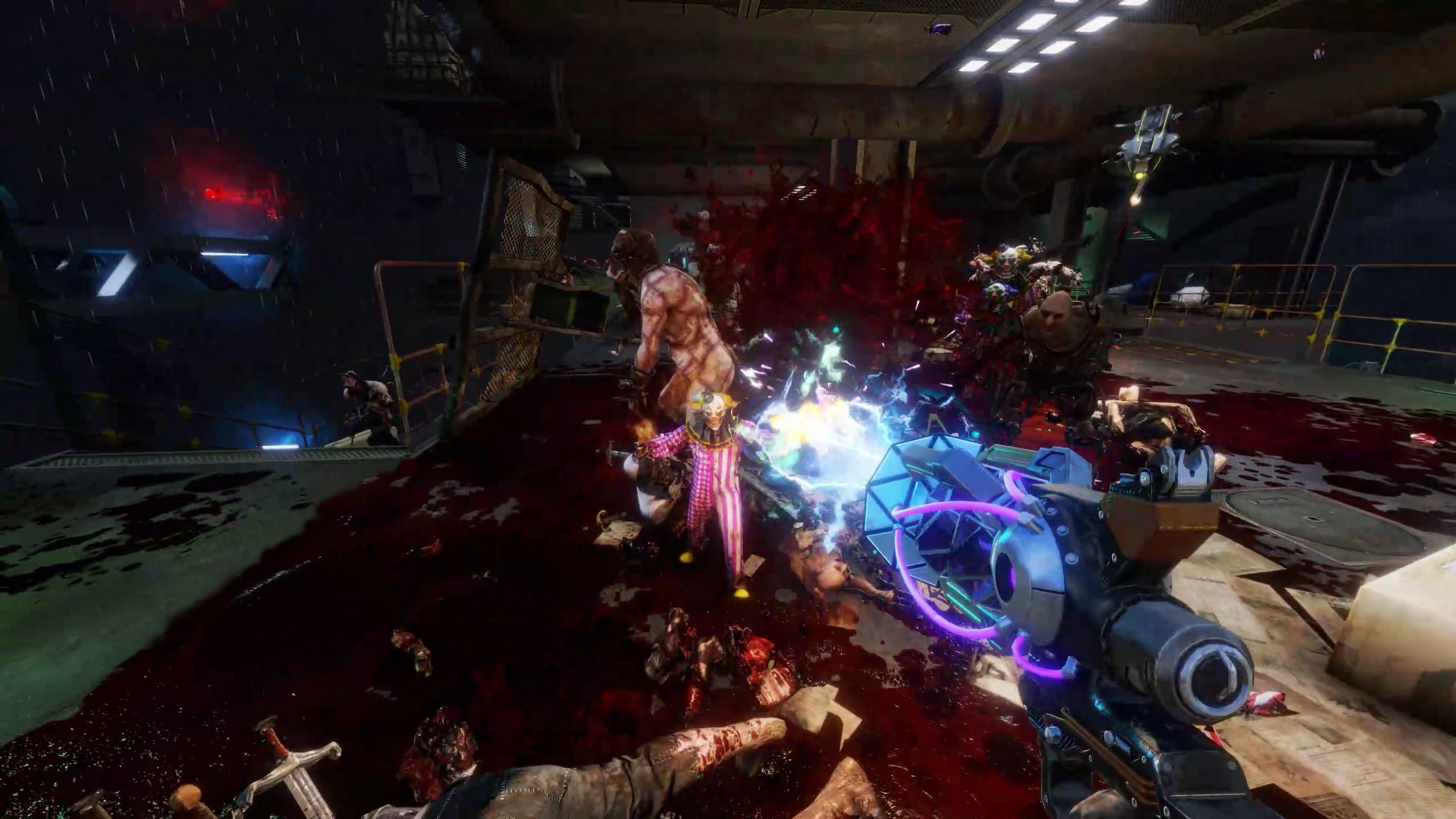