The Devil In Me: Supermassive looks back on Season One of The Dark Pictures Anthology

He watched us silently.

This was sometime late in 2015, but he’s still there today. 7 feet tall. A larger-than-life and surprisingly accurate recreation of the psycho from Until Dawn, complete with blue overalls and the ghastly mannequin mask we’d spent months concepting to get as scary as we possibly could. We’re all used to him now, but he still gets a reaction from new hires and visitors.

The psycho watched everything. A group of us were sitting in the plush chairs of the cinema in the Supermassive offices, while CEO Pete Samuels laid out his plans for a new concept: the Dark Pictures Anthology. A series of branching cinematic games that would explore different sub-genres of horror. The games would be 4-5 hours, short enough to play in one sitting. Each game would feature two multiplayer modes – an online connected mode where you could play the entire game with a friend, and a couch co-op where a group of friends could get together and play a horror movie.

It was a simple, compelling idea. But it was also extremely ambitious. To create a new franchise from scratch is no small thing, but the two-player co-op was also really daunting – no-one had done it before.

I remember very clearly thinking, ‘I must work on that.’

And I did get to work on that.

Between those games we’ve had the psychological and historical horror of Little Hope, set in the eponymous New England town, and we’ve had the pumping action-horror of House of Ashes, fighting hordes of terrifying clicking vampire monsters buried deep beneath the desert.

There’s another psycho in The Devil in Me. It’s the story of a crew making a documentary about the American serial killer HH Holmes, who get trapped in a ‘murder hotel’ by a serial killer who is inspired by… HH Holmes.

Looking back on our first four games, there are many series highlights and it’s difficult to pick a favourite. Is it Conrad being chased through the rusting corridors of the WWII freighter by a living manifestation of his worst desires and fears? Or the stunning character design of the demons in Little Hope, each inspired by a vicious, long-forgotten killing? Or maybe it’s the touching, charged relationship between Jason and Salim, mortal enemies finding mutual respect and brotherhood in the blood-soaked monster-infested caves? Or is it one of the gruesome and over-the-top deaths in The Devil in Me?

For me, the most exciting thing is that we found an audience for these games, and they found us. Cinematic horror with an emphasis on relationships and storytelling is an acquired taste, but those who like it, love it.

And we loved watching our growing community obsess over fan art, tier lists, theoretical romantic character combinations (Jalim, Conbrad, Johngela!), the hints that we’ve sprinkled liberally through the games, the crazy fan theories (some of which are scarily accurate). It sometimes seems like the community know our characters and games better than we do. They love what we do, and we love them for it.

We’re always looking to improve the Dark Pictures formula. We’ve developed new ways of telling stories, overhauled how we capture performance, and improved our art pipeline so that textures and lighting are more grounded and realistic.

And with each game we’ve introduced gameplay improvements and tweaks: 3rd person cameras, difficulty levels, QTE warnings, accessibility options. Quality of life improvements that make it easier and more fun to enjoy the experiences we make.

For The Devil In Me, we’re introducing a number of significant gameplay enhancements.

There is a suite of new exploration actions – climbing, jumping, vaulting, crouching, crawling, shimmying and balancing – which allow the player to be more active as they explore the terrifying environments we’ve created. Players will also be able to run, to explore at the own pace. And when danger is present, they can hide from it – if they can find somewhere safe.

We’re also introducing a simple inventory, with tools that the characters can use to help them survive the horrors of the murder hotel. Players will be able to use items that the film crew carry with them, but can also find other tools in the environment. And sometimes, those tools can be upgraded, broken, or lost.

And there will be puzzles to confound and confuse the player. Fuse boxes to be rewired, hidden codes to be found, objects to be moved around to create new paths through the world.

All of this will be packed into a new run time of over 7 hours. One of the things we’ve learned on this journey is that we sometimes benefit from a bit more time with our characters to tell the story we need to tell.

So, from The Devil In Me team, we hope you enjoy your stay at the murder hotel. We hear that some of the rooms are to die for. We’re proud of what we’ve made, and we can’t wait for you to play it.

But before I sign off, I’ll turn things over to other members of our team to talk about what’s come before, and what’s next.

“Season 1 of the Dark Pictures has been an absolute blast. We have the most fun as an audio team working out how we can make the soundscape for each game as wildly different and fresh compared to the others. We’ve had the opportunity to create completely different audio experiences for newcomers and horror fanatics alike, while of course delivering on the horror audio tenets, because the game designs, narratives and subgenres are so varied.

Musically, working closely with Jason Graves, we started off with Man of Medan and an entire score in ¾ to reflect the movement of the waves; through Little Hope researching the late 17th century instruments of New England, constructing an entire soundtrack around choral chants, broken pianos and detuned gurdys; into House of Ashes switching instrumentation from orchestra to synths as the narrative exposition leaps into act 3, timelessly connecting extremely different universes across the wider narrative arc with a single pitching motif like a consistently dreadful reminder of an imminent threat; and now The Devil In Me, a soundtrack inspired by Bernard Herrmann scores, mixed with classical and operatic pieces by Schubert, Pergolesi and Rossini juxtaposing tragic deaths, all wrapped in an aleatoric orchestral horror underscore.

Authenticity is vital and we ventured out to capture the key environments from an audio perspective for every title in the anthology. From steel hulled military ships, smaller vessels experiencing squalls in the open ocean, to deep forests and more recently a stately home, like characters in the game we capture all of their sounds, the doors, switches, footsteps, engines, hull slaps, water splashes and most importantly we impulse the spaces so that we can identically replicate the acoustic, materials and reflections unique to those spaces for all in game diegetic sound. It is a huge team effort between all of the audio subdisciplines and combining this work with a full spatial audio implementation, we’ve been able to bring an unparalleled hyperreal immersion to the cinematic experience.

Using the haptic feedback features on the PS5 controller to further immerse the player in the environments, the action and the scares is incredible in The Devil In Me. The improved subtlety allows us to bring the weather, wind and rain closer to the player experience through uniquely authored haptic assets, giving the feel of actually being there. We infiate the players personal space to enhance rising dread and scares, adding strength to these key areas of horror with carefully timed haptic feedback, playing with strength, timing and frequency adding another layer of immersive content to the experience, and the subtlety allow the player to differentiate between all of the unique haptic cues we are sending to them.”

“As the first season of the Dark Pictures Anthology draws to a close, we feel an overwhelming sense of achievement as a studio. We started this series to tell stories – ghastly, monstrous stories that refused to be buried in our slush pile. Now that our first four games have crawled up into the land of the living, it’s amazing to look back and see how they developed from concept through to release. Our talented teams breathed life into our dormant ideas and unleashed them on the public. And the public asked for more! We started this journey with eight games in mind, but new stories are clambering up that pile faster than ever. As series creative director, I can’t wait for you to see where we’re headed in season 2, and beyond. We have such sights to show you. “ 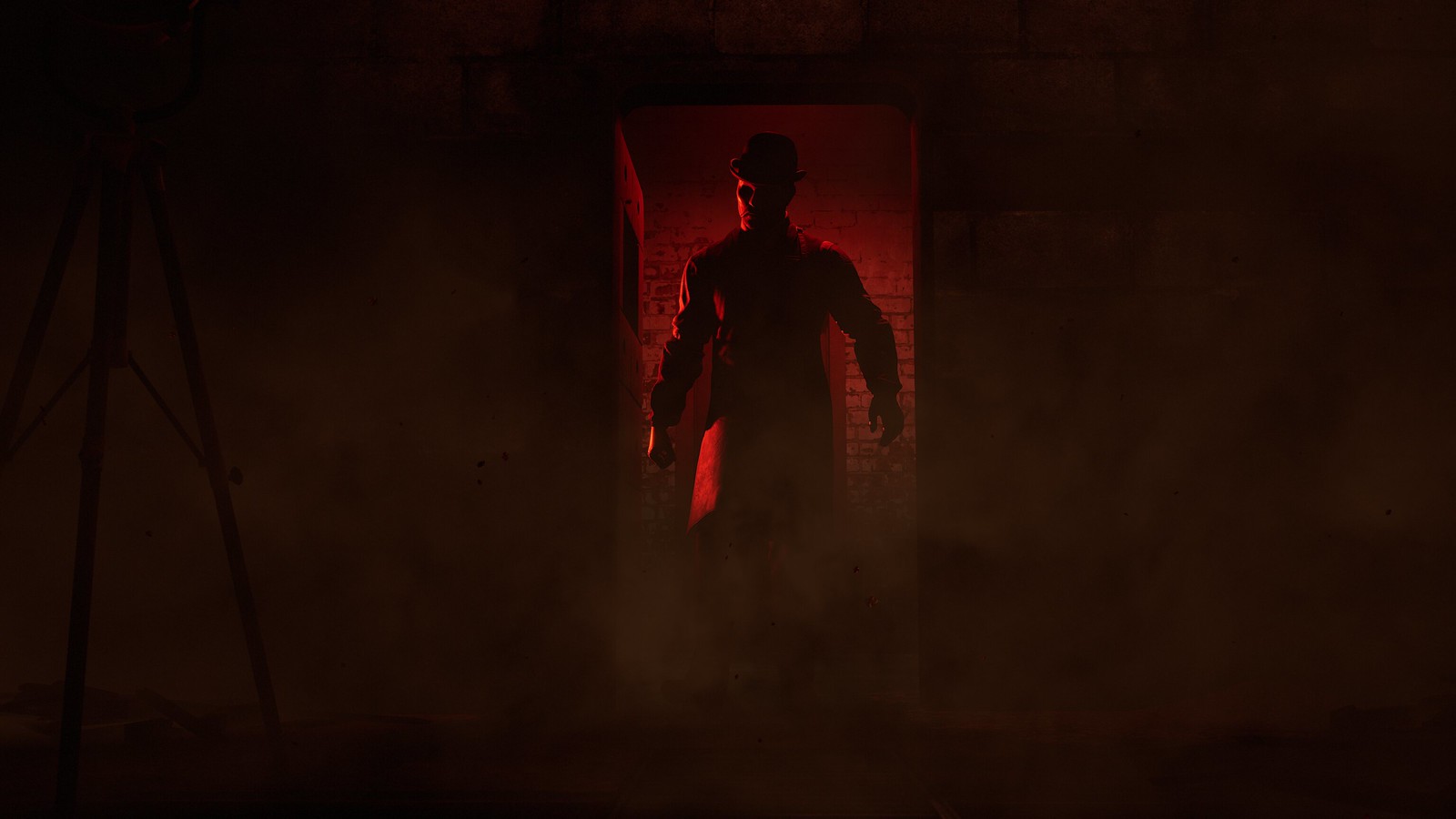 Overwatch League drops and how to get free skins