Last night was an exciting night for us at Nacon! We dropped 17 new trailers at this year’s Nacon Connect, a mixture of new IP and iconic franchises meshing in a way that’s hard to ignore, especially if you’re interested in racing, strategy, ‘80s movies, Lord of the Rings, and more!

But as we check out the future of the Nacon line-up, there’s a huge Nacon publisher sale on right now with discounts on pretty much everything, including the recently released Vampire: The Masquerade – Swansong.

We’ll Buy That for a Dollar – RoboCop: Rogue City Revealed

Welcome to Detroit; crime runs rampant as the city lies on the edge of ruin, people fighting for scraps as others live extravagant lives of luxury. Control of the Detroit Police Department is given to the Omni Consumer Products corporation in an attempt to restore order. You are that solution, RoboCop, a cyborg tasked with protecting the city.

The triumphant return of RoboCop wouldn’t feel right without the man who brought so much life into the role, and we’re excited to reveal that Peter Weller will be performing voiceover work on the game. Enjoy this first look at gameplay and for the record, “dead or alive, you’re coming with me!” (Sorry, I had to.)

RoboCop: Rogue City will be coming to Xbox Series X|S in June 2023.

Sharpen Your Blade for Steelrising on September 8

The King has gone mad, the French revolution suppressed by the mechanical armies of Louis XVI. As the streets are teeming with tireless and pitiless machines, change the course of this alternative history as Aegis, a mysterious automaton serving as the Queen’s bodyguard.

In this action RPG, you’ll be facing up against various automatons, building your own playstyle as you collect new tools and weapons in this challenging action-RPG. Additionally, newcomers to souls-like games can experience the engaging story via the assist mode that allows you to tweak damage received, stamina usage, and other levers to enjoy the game at your own pace. That said, fans of this genre should prepare themselves for something quite unlike anything you’ve experienced before.

Steelrising is coming to Xbox Series X|S on September 8. You can pre-order here to receive the Marie-Antoinette cosmetic pack.

Protect Your Precious with Lord of the Rings: Gollum on September 1

Experience an untold story in The Lord of the Rings: Gollum, an epic action-adventure where our twisted protagonist is on a quest to regain the only thing precious to him. Torn by his fractured psyche, players will have to manage both Sméagol and Gollum on a journey that will take him across famous locales. Learn more about his time as a slave below the Dark Tower and his stay with the Elves of Mirkwood, as he interacts with iconic characters from the universe created by J.R.R. Tolkien.

Lord of the Rings: Gollum is coming to Xbox One and Xbox Series X|S on September 1.

What does it take to succeed in Blood Bowl? A firm knowledge of the rules. Because without that, how are you going to break them? The world’s bloodiest sport is back as the factions of Warhammer take to the pitch in contests of skill, strategy, and a little bit of luck to make sure you pick up the win. And if all else fails, cheat your way to the top! After all, it’s not Blood Bowl if you’re not peeling bodies off the pitch.

Blood Bowl 3 will be coming to Xbox One and Xbox Series X|S later this year!

Session is Skating to Version 1.0 on September 22

As part of the Xbox Game Preview program, Session: Skate Sim has been going from strength to strength with the introduction of new maps, an overhaul of the physics, improvements to the lighting, the addition of more brands, pro skaters, and more to ensure this is the most true-to-life skateboarding simulator yet.

After a lot of work and a lot of player feedback, we’re hyped to let you know that version 1 will be launching on September 22. You can expect the addition of a third city, ragdoll slams (these are a lot of fun), the introduction of a progression system dubbed the Skater Journey, and a lot more.

But for those who want to check it out now, join the Session: Skate Sim Game Preview today!

It wouldn’t be a conference without some reveals, and the team at Passtech Games has been cooking up something special for those ready to answer the call of the Ravenswatch.

This charming isometric action roguelike will let you battle through a world inspired by old folk tales and legends but revisited in a dark fantasy style and with its own unique flair. You can play solo or with up to 4 players as you look to banish the nightmares in the world of Reverie.

Get Up to Speed on Test Drive Unlimited Solar Crown

We also couldn’t do a Nacon Connect without talking more about Test Drive Unlimited. Earlier this year, we announced that the game would be delayed into 2023, adjusting the scope and focusing entirely on the Xbox Series X|S.

Your car and how you customize it is an extension of yourself. The two factions in Hong Kong, the Streets and Sharps live this, with an emphasis on style and culture uniquely their own, the ultimate goal being to carve that style into the streets of the city.

Test Drive Unlimited Solar Crown will be coming to Xbox Series X|S in 2023.

How Will You Survive Judgement Day?

Just a tease for the future, but if you couldn’t tell, we’re big fans of ‘80s movies, and our team at Nacon Studio Milan is working on the first survival game set in the Terminator universe. I can’t say much more for now, but this is definitely something to keep your eyes on.

That was quite a lot to get through, but these were just a few of the surprises revealed at last night’s Nacon Connect. More upcoming games, new reveals, interviews with the developers, and a whole host of other goodies to check out on the official YouTube playlist here and below:

And if you can’t wait and need something to sink your teeth into now, there are huge discounts on Nacon’s games in the sale right now on the Xbox Store. Don’t miss out! 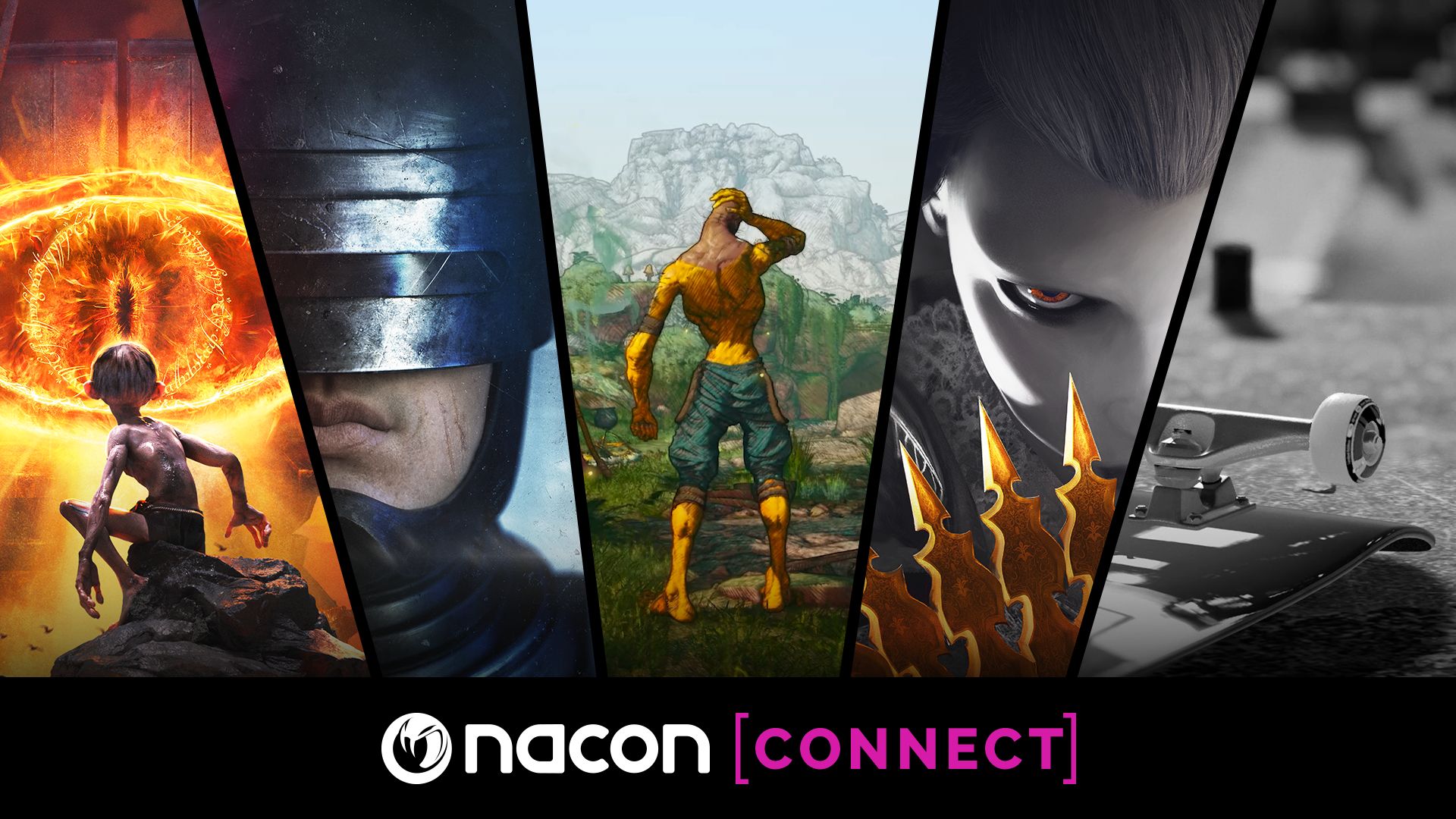 Canada's biggest telecom company is completely offline and nobody knows why