The Crew 2 is going big with Season 7 Episode 1: Into the Storm, a free update out now that adds a 60FPS performance boost for Xbox Series S (among other quality-of-life improvements), new vehicles, and a five-stage, all-out underground street race from St. Louis to Las Vegas. In the biggest show produced by the fictional in-game TV production company Motorflix, players will roar across America’s heartland and past the finish line in five stages designed to push their driving skills to the limit. Dangerous and unpredictable conditions await, and players will need to dodge collapsing buildings, stay on course through a sandstorm, and contend with police roadblocks on the road to victory. If players can successfully complete all five legs of the race, they’ll unlock the Mitsubishi 3000 GT VR4 No Rules Edition (Street Race).

Racers can also start in on a new Motorpass today, which features 50 tiers of rewards including cosmetic items, currency packs, and new vehicles including the the McLaren P1 Gold Line Edition (Hypercar), the Pontiac Firebird T/A Golden Wings Edition (Street Race), and the Mitsubishi FTO GP Version R Nebula Edition (Street Race). The S7E1 Motorpass offers 17 tiers of free rewards in total, including the Porsche 918 Spyder Silver Edition (Hypercar). In addition to new rewards, the new update changes how the Motorpass system works. For starters, the new pass now gives players the option of purchasing it with 3,000,000 Bucks, the in-game currency earned through gameplay, as well as with 80,000 Crew Credits.

All of this is in addition to the continuation of the Live Summit, which will deliver weekly PvP competitions that reward players with items and vehicles, depending on how far they can climb the leaderboards. It all kicks off starting today in The Crew 2, so strap into your vehicle of choice and get ready to drive headlong Into the Storm. 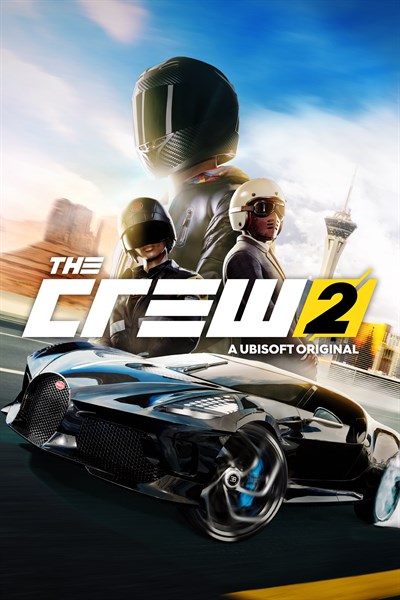 ☆☆☆☆☆ 357
★★★★★
$49.99
Get it now
Xbox One X Enhanced
Free Trial
JOIN A COMMUNITY OF 30 MILLION PLAYERS! Get ready for a high-speed trip across the USA and enjoy one of the most complete open-world action driving experiences ever created. With access to free content, new game modes, tracks, vehicles, events, and more added every season, The Crew® 2 has all you need for an unforgettable ride. Take on the American motorsports scene, discover exhilarating landscapes and pick your favorite vehicles among hundreds. Experience the thrill and excitement of competing across the USA as you test your skills in a wide range of disciplines. Record every heart-pounding moment and share them with the push of a button – fame is yours to take! Play with up to seven friends online. New on Xbox Series X: turn on Performance Mode and experience The Crew® 2 in 60 FPS!